THE COOK, THE THIEF, HIS WIFE & HER LOVER — CLASSIC FILM PICK 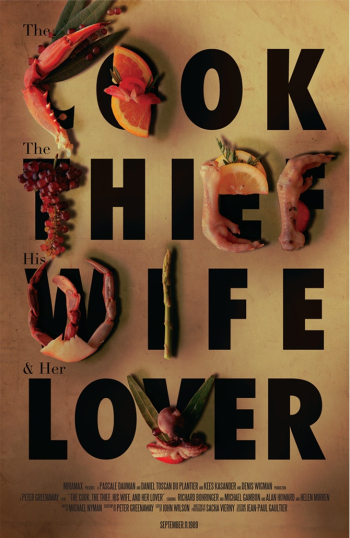 Peter Greenaway's reputation as Britain's most ferocious intellectual filmmaker reached its apex in 1989 with his sixth feature film.

Although everything about this black comedy including its tongue-twisting title challenges audiences, "The Cook, The Thief, His Wife, and Her Lover" remains Greenaway's most successful effort.

Methodically constructed in the Jacobean form of Elizabethan revenge tragedies, the movie is an unrestrained attack on Margaret Thatcher's version of Ronald Reagan-style capitalism that infected the globe. 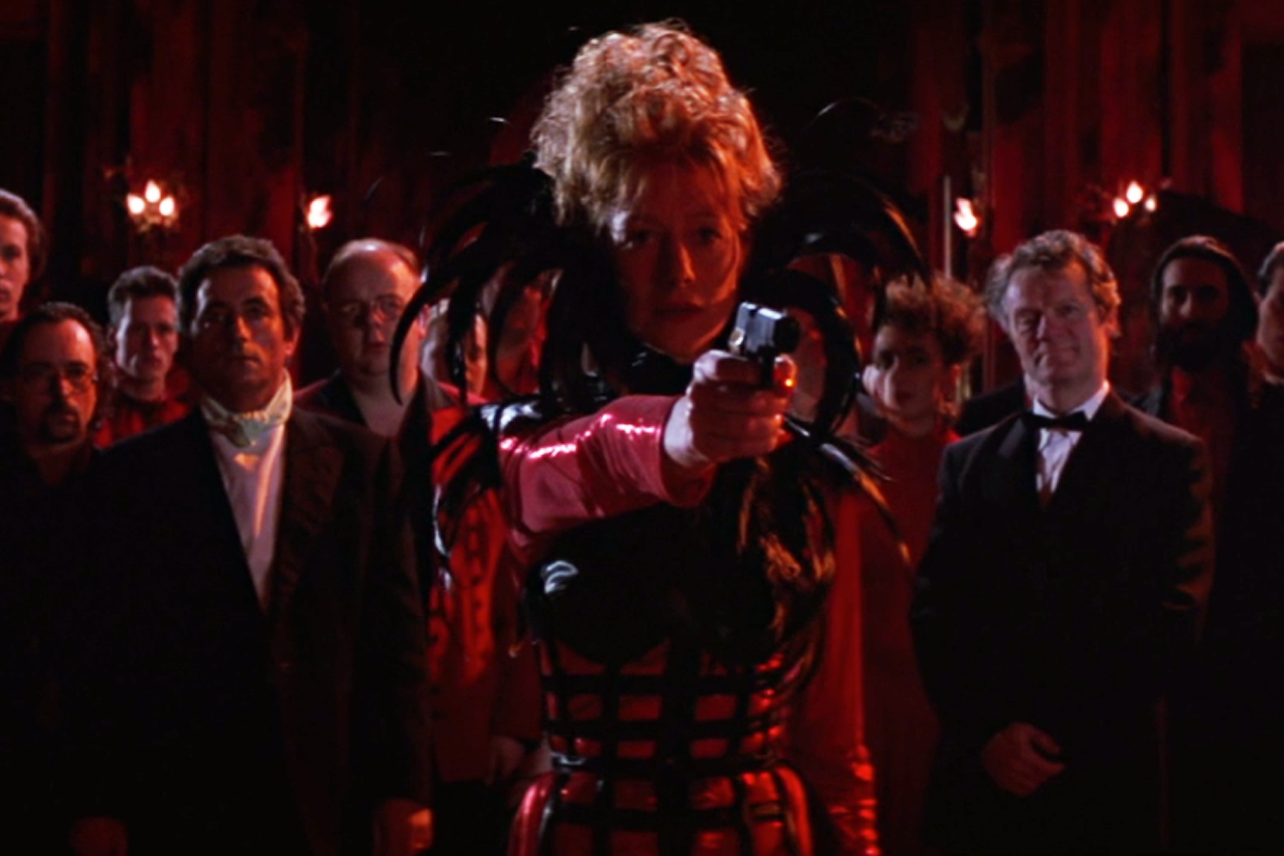 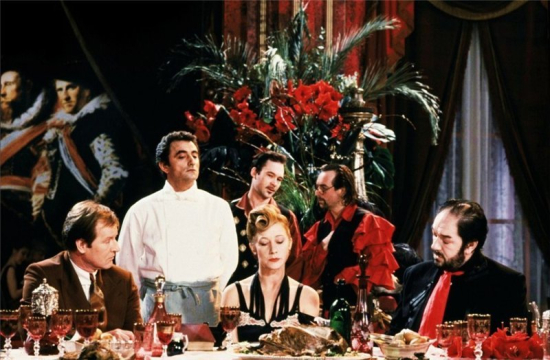 Greenaway lets the audience know what it's in for during a tense opening sequence. Albert dislodges the owner of a haute cuisine restaurant named Le Hollandaise. The restaurant's proprietor "Roy"--note the allusion to a "king" — hasn't been keeping up on his protection payments to Albert, a mean-spirited mob boss with a taste for fine dishes he can barely pronounce.

Peter Greenaway predicted a future he hoped wouldn't arrive. It did. The vicious way Albert tortures Roy and smears his nude body with feces reflects the same cruel brand of devastating psychological humiliation later committed by guards at Guantánamo prison. 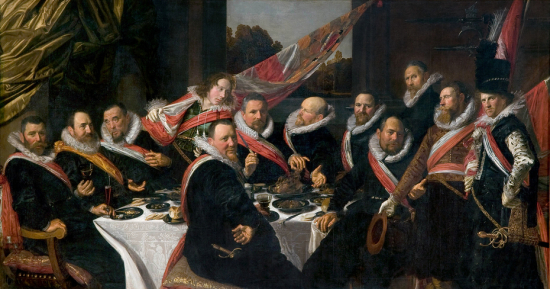 Against Albert's orders his elegant wife Georgina (Helen Mirren) smokes cigarettes as a singular act of insubordination. Knowing her turn will come, she nevertheless tolerates Albert's brutish behavior toward others. Inside the grand restaurant Albert confers with his "employee," a veteran French chef named Richard (Richard Bohringer), about the menu.

The dining room's red color scheme is watched over by Dutch painter Frans Hals's "Banquet of the Officers of the St. George Civic Guard Company" —  another thematic poke by the filmmaker. Albert spews his cockney variety of verbal bile at a large rectangular table that allows for Greenaway's formal tableaux compositions to blossom. Challenging thematic ideas come in spades. 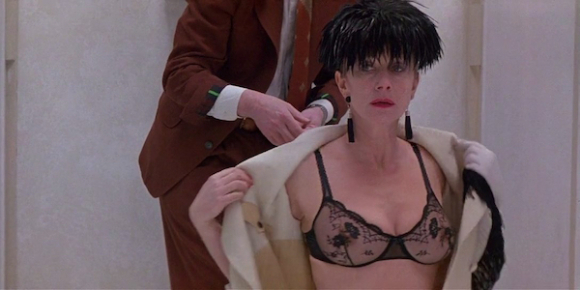 Striking costumes by Jean-Paul Gautier and a haunting musical score by Michael Nyman augment the film's purposefully artificial execution. Georgina strikes up an affair with Michael (Alan Howard), a solitary man who reads as he dines across from Albert's table of savages. 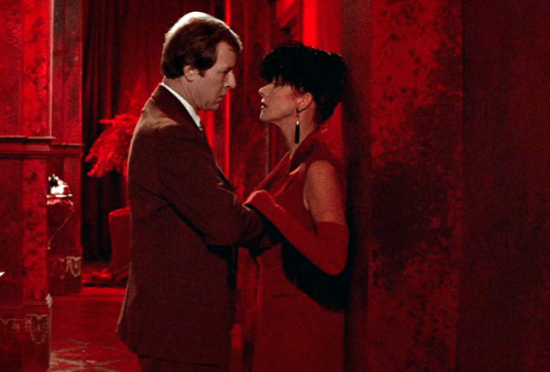 Over the course of the next few nights the lovers retreat to the restaurant's bathroom and kitchen to make love between courses. Their trysts represent a desperate escape of independent thinkers from an oppressive outside world that would just as soon eat them alive, or dead. 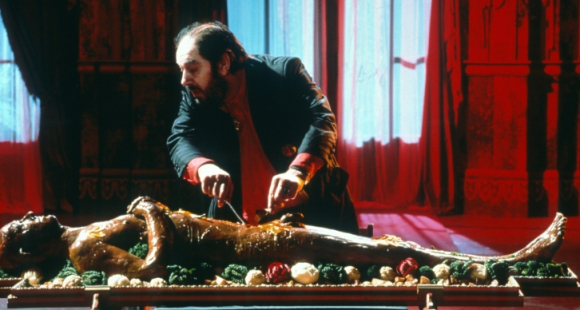