THE PIANO — THE CRITERION COLLECTION 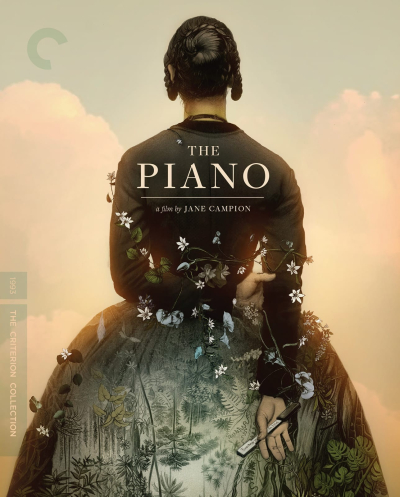 Cloaked psychosis is a crucial element to Jane Campion's exploration of Victorian era female repression. Widowed Ada (Holly Hunter) has been mute since she was six — ostensibly by choice. The voice we hear in Ada’s narration is her “mind’s voice.” Ada’s father arranges for her to travel from Scotland to marry Stuart (Sam Neill), a European industrialist living in a tiny enclave of Christian settlers in 19th century New Zealand. 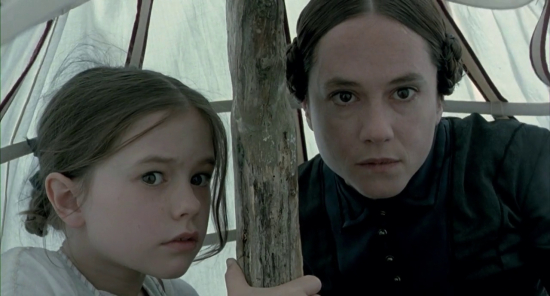 Ada and her precocious six-year-old daughter Flora (Anna Paquin) are deposited by local Maoris, along with Ada’s many trunks of possessions and prized piano, on a desolate beach. Stuart’s failure to greet to her prefigures his ambivalence toward his new wife. Mother and daughter are forced to camp alone for a night on the cold beach. Anna’s betrothed deigns to greet them the next day but refuses to receive the crate containing her exquisite piano — Ada’s primary form of expression. It sits abandoned on the windswept beach, a symbol of lost hope and freedom. 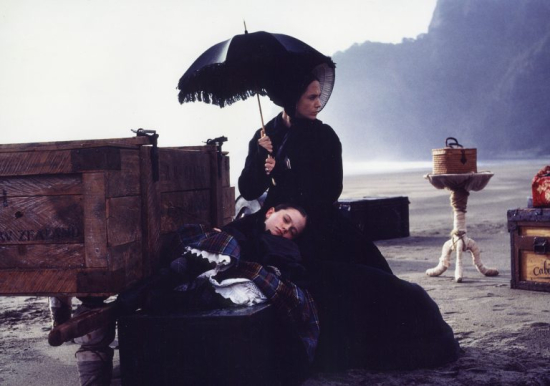 The iconic imagery captured by cinematographer Stuart Dryburgh evokes ideas regarding nature and industrialization. The beautiful but bulky musical instrument is the unambiguous object Ada assigns as her primary means of communication. Michael Nyman’s lush score allows Holly Hunter to portray her character’s estimable musical abilities. Ada is small in stature, but her musical means of sound production is enormous; important. Ada makes furious use of her hands during sign language that Flora then translates to others with liberal embellishment. As much as the piano is Ada’s surrogate voice, her muteness allows Flora to manipulate the adult world around her with an imaginative but undisciplined disposition. This cycle of gentle exploitation expands at the opportune hands of Harvey Keitel’s Baines, a former whaler who has gone native to the point of wearing Maori tattoos on his face. Oddly disinterested in Maori women, Baines becomes entranced with Ada’s playing when he accompanies her and Flora to visit her piano on the beach. Keitel’s clever character engages in a complex plan to seduce Ada by trading a piece of land with Stuart in exchange for the piano. He goes on to request Ada come to his house to give him lessons, Baines makes clear his ulterior motives. He will sell Ada back the piano based on piecemeal installments of favors calculated on segments of its 88 keys. 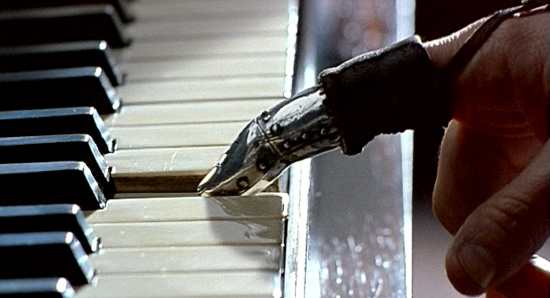 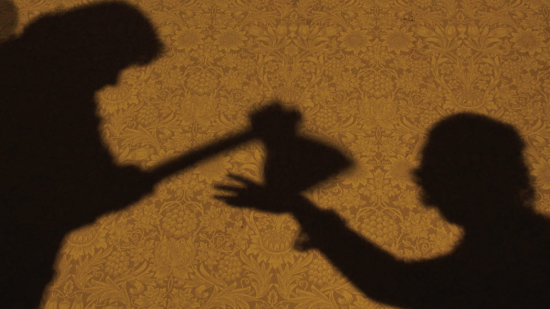 “The Piano” is a powerful film for its slow, inevitable inertia of drama. If Ada is mentally crippled, she is less so than the reactionary people surrounding and oppressing her. She is punished for her sins, and equally rewarded for them as well.