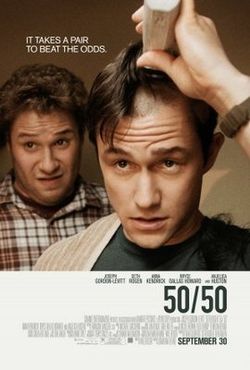 Director Jonathan Levine ("The Wackness") has a knack for conveying unconventional drama with enough droll spice to make the medicine go down easily even if the subject is cancer. Television-producer-turned-screenwriter Will Reiser ("Da Ali G Show") fulfills his part of the bargain with a semiautobiographical script that dares to go for the throat when necessary. The big C might be the topic du jour, but "50/50" puts the pernicious disease into a manageably personal context with equal parts humor, sincerity, and cynicism. 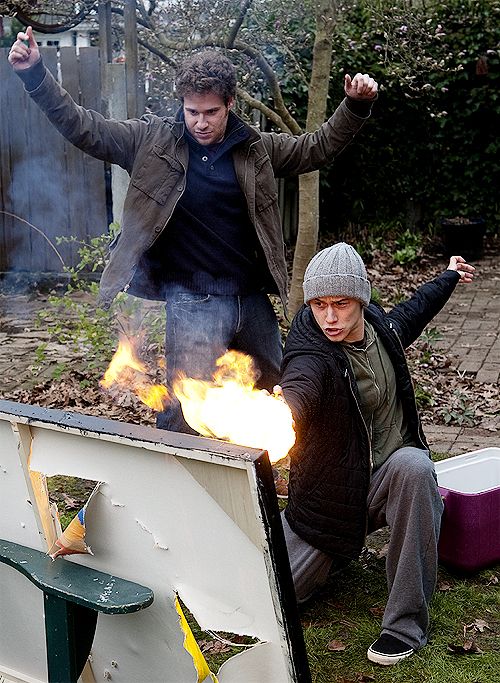 Joseph Gordon-Levitt's Adam Lerner is a Portland National Public Radio sound editor with a bad-animal for a girlfriend. Bryce Dallas Howard fills her unlikable character's wandering shoes as Rachel, an artist with about as much loyalty as a tom cat in heat. Rachel promises to stay by Adam's side through thick and thin, but she's just no good with handling the messy stuff of life.

Adam is the kind of guy who waits for the stop light to change even if no cars are coming. One of the movie's most explosively humorous scenes involves Adam's best friend Kyle (Seth Rogan) falling over himself in Adam's living room to share with his unfortunate pal video proof — captured on his cell phone — of Rachel's recent infidelity at a gallery opening. Rachel’s arrival at the event avails her to deny or confirm the evidence. Kyle has reason to take special pride in outing Rachel’s true colors. Adam’s recent discovery of malignant tumors on the base of his spine means that he must endure painful chemotherapy treatments. If Kyle's self righteousness catches the audience off-guard, it's a testament to the surprise of seeing a loyal friend take such bold and decisive action.

Frequent counseling sessions with an upstart therapist named Katherine (exquisitely played by Anna Kendrick) bring out Adam's waves of conflicting emotions surrounding his illness. Katherine and Adam develop a guardedly romantic friendship that nudges along an arm-distance of hope in spite of Adam's downward spiraling health. A testy relationship between Adam and his mother Diane (Anjelica Houston) needs addressing. The film's direct but minimalist handling of the mother/son subplot proves especially effective. 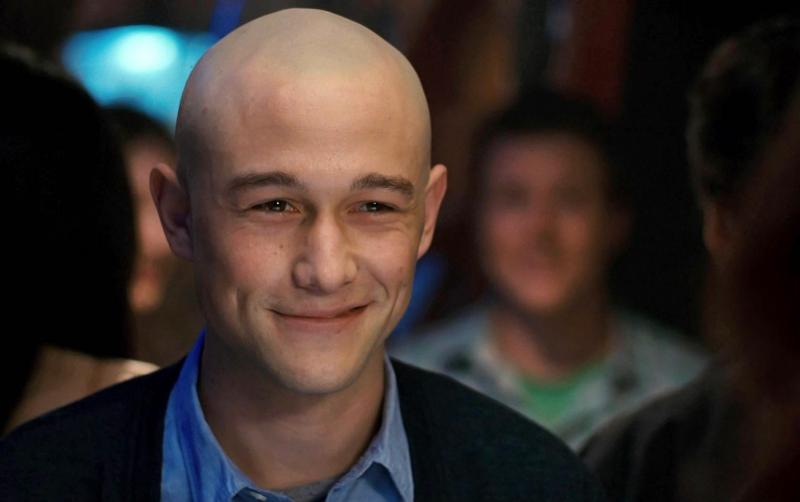 Seth Rogan's portrayal as Adam's no-BS best friend is a study in nuance. Rogan pulls back on his trademark chuckling tic. The film's bromance carries the burden of comic relief, but also expedites an unexpected kind of catharsis that arrives with an air of authenticity.

I'm not a fan of the split-genre term "dramedy," but "50/50"--as the title could be read--is a perfect balance of comedy and drama. In keeping with all of Joseph Gordon-Levitt's consistently solid work, the talented actor knows just where to hold back and where to let go. "50/50" is a gem.