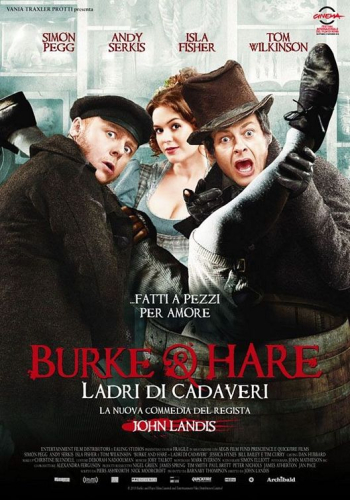 John Landis's loving homage to the Vaudeville and Grand Guignol-based humor of Britain's Ealing Studios is a retrofitted black comedy filled with slapstick gags and wink-wink cameos by stalwart British actors. Simon Pegg and Andy Serkis show off their mastery of the Irish idiom as William Burke and William Hare, respectively.

The two immigrant pals arrive in 1820s Edinburgh to ply their skills as conmen out to make their life’s fortune on whatever scheme will work. The local grave-robbing trade has gone cold since the constable began patrolling the cemeteries at night. Dr. Knox (Tom Wilkinson), head of the Edinburgh Medical School, requires fresh corpses for his latest project to map the insides of the human body. The determined doctor will pay five quid for each cadaver delivered, no questions asked. 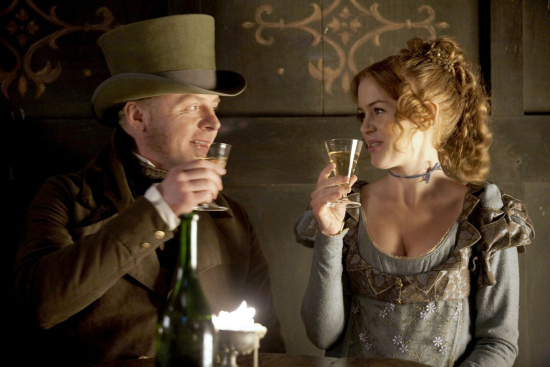 An opportune death of a fellow lodger in their boarding house provides Burke and Hare with the funds to escape eviction. As logic and plot would have it, the two desperate men turn to speeding up the local mortality rate. Hare takes better to their new line of paid serial killing, until Burke finds financial motivation in the eyes of Ginny (Isla Fisher), an actress/prostitute with dreams of staging an all-women production of “Macbeth.” 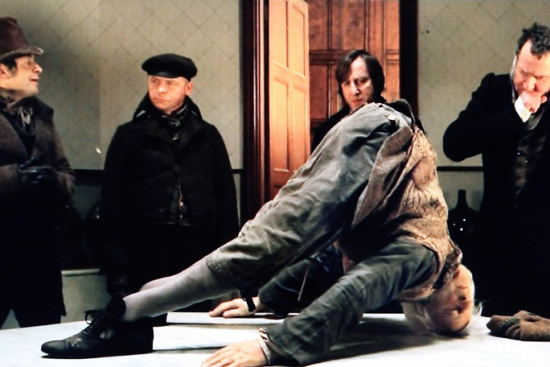 Burke steps up to finance Ginny’s play in the hopes of winning her slightly sullied heart. Cameo turns from the likes of Tim Curry and Christopher Lee add to the fun of this bawdy chamber piece of British cinema.