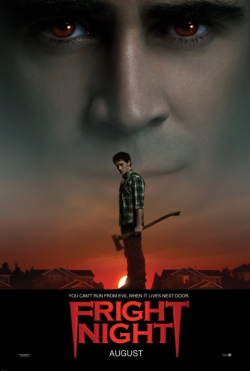 Inept plotting, a lack of pacing, and a criminal neglect of its primary antagonist — a promisingly diabolical vampire played by Colin Farrell — are a few of the nails that seal the lid on director Craig Gillespie's wayward remake of Tom Holland’s original 1985 “Fright Night.”

There's an unspoken rule that states, the only reason to remake a film is to improve on the original. Crazy as that sounds, it can be done. David Cronenberg's remake of "The Fly" is a case in point. 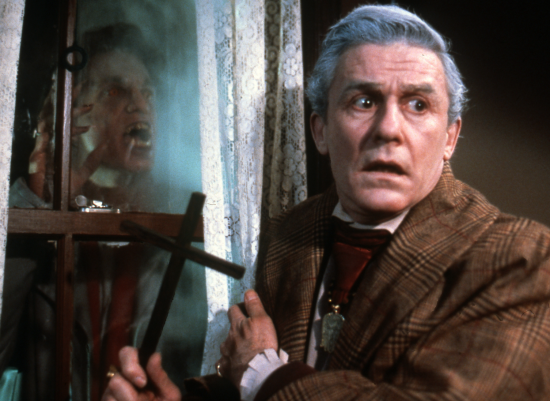 It was only a matter of time before the usually terrific Anton Yelchin got his turn to suck, and boy does he struggle here. Yelchin can't tell an objective from a super objective as high school nerd Charley. Charley has wised up enough to dis his douchebag childhood pal Ed (Christopher Mintz-Plasse) in favor of hanging out with his steady girlfriend Amy (Imogen Poots).

Las Vegas is the updated setting where Charley lives with his single mom Jane (Toni Collette). Collette adds some spark, as does Farrell, but not near enough to make an impact on a horror movie with no suspense and even less of a sense of humor.

Sure, there’s some nifty special effects to make you feel like you’re getting your money’s worth, but the narrative barely has any shape, tone, or sense of urgency. As for character development, well you’d get more of that from a Bugs Bunny cartoon.