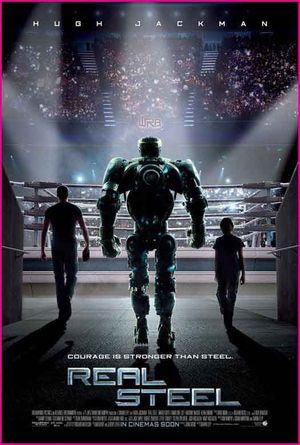 Hugh Jackman breaks a serious sweat attempting to hold together this "Rock'em Sock'em Robots" kids' fantasy adventure movie. The surprising thing is that Jackman's hard-won efforts pay off. Even when he’s acting with a capitol “A,” Jackman’s sincerity and artfulness delivers enough drama to mask the clichés that inhibit the development of his character.

Set in a not-too-distant-future Jackman plays Charlie Kenton, a former boxer traveling with a beat-up remote-controlled robot named "Ambush." Charlie pits his bot against a 2000-pound bull at a rodeo in San Leandro, California. The bull prevails and Charlie is left owing big money to one more fight promoter he can't afford to pay. Charlie, it turns out, is also a deadbeat in matters of the heart. So it's convenient when Deborah and Marvin Barnes (Hope Davis and James Rebhorn), the guardians of his long -forgotten 11-year-old son Max (Dakota Goyo), strike a deal that puts $50,000 into Charlie's pocket and young Max temporarily in his custody. 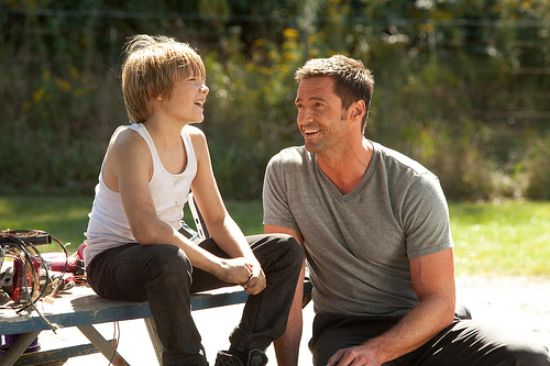 Max gets a bot of his very own (named "Atom"), that father and son use to enter increasingly competitive battles against state-of-the-art electronic rivals. Bonding occurs. 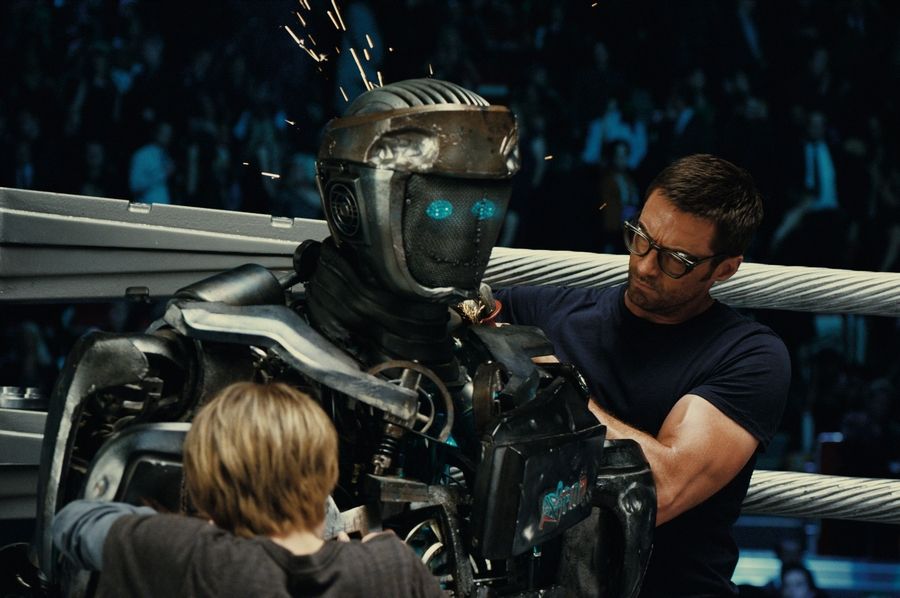 "Real Steel" is a laboratory-designed movie cobbled together from sport movie clichés. The film runs a good 15 minutes too long, but it’s the kind of movie 10-year-old boys will go ga-ga over even if the filmmakers lean more on the manufactured drama between father and son than on the film’s payoff robot battles. In case you’re wondering, yes, it’s cool watching robots knock one another’s blocks off. 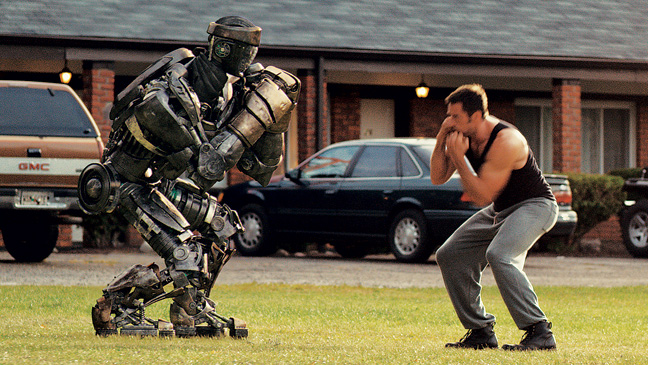 Posted by Cole Smithey at 09:17:19 AM in Action/Adventure