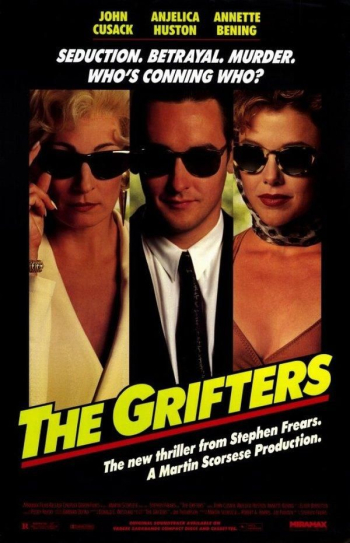 Stephen Frears’s 1990 neo-noir masterpiece declares its shadowy intentions during a gorgeous opening credit sequence that features black-and-white photo stills of Los Angeles as a hotbed of lurking danger. A nighttime skyline switches to a stark picture of the famous concrete bed of the LA River.

This movie is one visually rich experience. Cinematographer Oliver Stapleton's formal compositions are so exact it gives you chills to go along with film's pitch dark sense of humor.

Hitchcock-inspired sequences complement the film’s unwavering tone of modern (brutal) noir. You couldn't ask for a better use of Los Angeles locations in the context of a pulp fiction storyline. 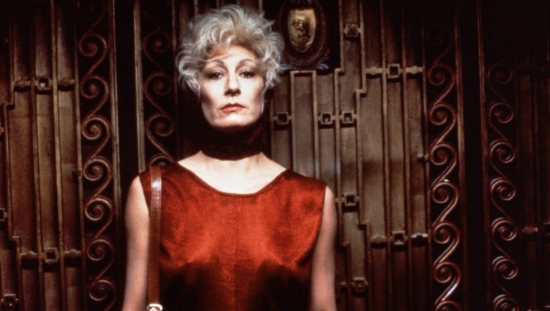 Elmer Bernstein's expressive musical score acclimatizes the viewer to the kind of sustained apprehension they will savor in a delightful way.

Based on the novel by Jim Thompson, "The Grifters" is about three types of con artists working at cross-purposes. Here is a crash course in what it takes to be a con artist. John Cusack, Anjelica Huston, and Annette Bening work at the height of their powers, chewing up scenery and dialogue like nobody's business. The sexual chemistry between their characters smolders and flames during guffaw-inducing exchanges. Sure there's a plot-hole or two, but even those get swallowed up in the neo-noir root beer float the filmmakers lovingly provide. 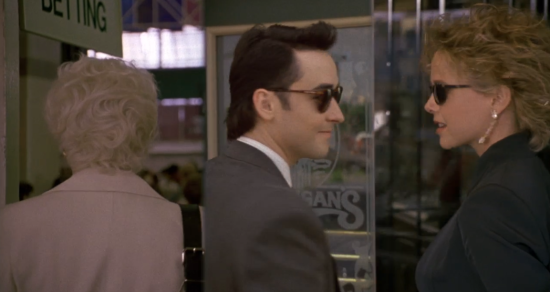 Producer Martin Scorsese's brief voice-over introduction informs us: "Around the country bookies pay off winners at track odds. It's dangerous when a long shot comes in, unless you have someone at the tracks to lower those odds." 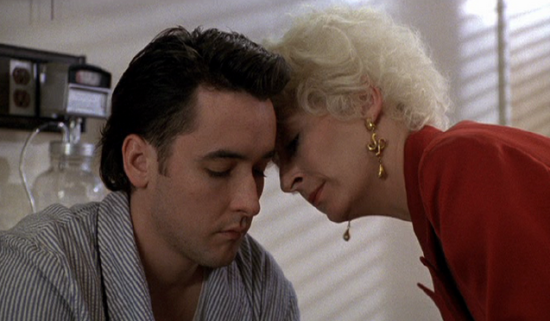 Anjelica Houston’s Lilly Dillon is that person. Inside the track Lilly is all business in her oversized sunglasses, white wig, and a tastefully matching skirt and jacket. Lilly places a couple of big bets in order to lower the odds on a horse for her bookmaker boss Bobo Justus (Pat Hingle). In addition to her betting duties, Lilly has perfected the art of pocketing small amounts of money from Bobo over a long period of time. She feeds a false-bottom safe in the trunk of her two-tone Cadillac with cash. Lilly is a professional thief, one who has an eye aimed at a "long con" involving her son Roy (John Cusack). 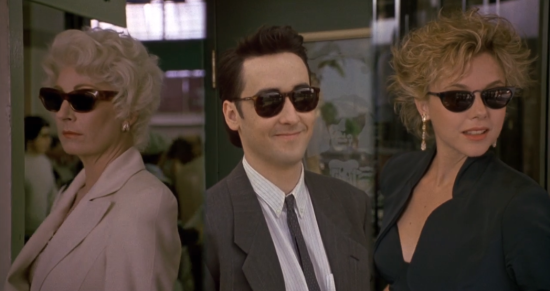 Roy is a master of the short con. He hustles three or four hundred bucks a week with tricks that cheat bar tenders, unsuspecting suckers, and dice-playing soldier boys. Roy has amassed a sizeable nest egg, but it’s not the safest way to make a living. A baseball bat to Roy’s gut, courtesy of one very pissed-off bartender, nearly costs Roy his life. Lilly comes to her son’s rescue despite a threat from her boss. Bobo has a knack for violence, whether with a sack of oranges or a lit cigar. The visuals burn a spot in your memory. While visiting Roy in the hospital Lilly meets Roy’s prostitute girlfriend Myra (Annette Bening). Cat claws come out. It’s plain that Lilly and Roy share an unseemly relationship. Lilly is so jealous of Myra she can taste it. She instinctively senses Myra is trying to run a con on Roy. The problem is, so is Lilly. 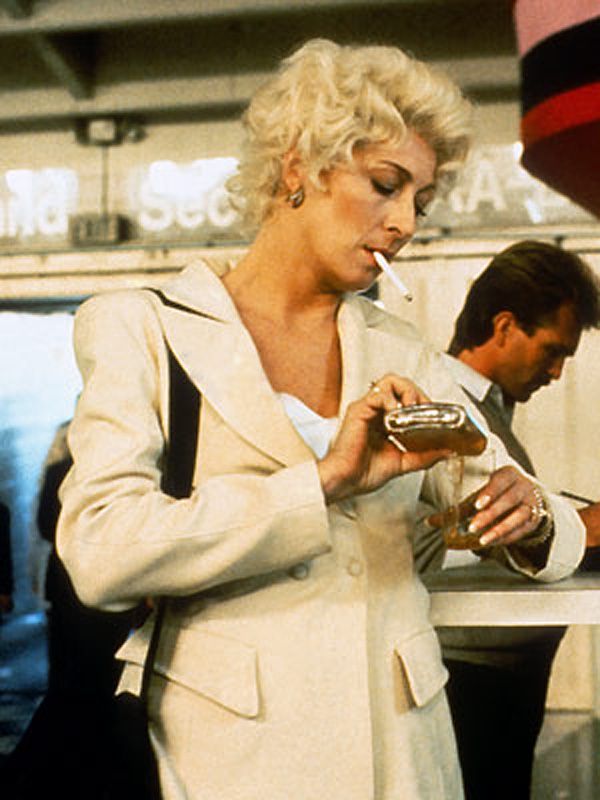 There’s so much to savor that you could watch the movie twice in a row and love ever second. Although "The Grifters" recalls films by the Coen Brothers or the Dahl Brothers, the movie retains its source material’s voice in a thoroughly original way. This movie is as close to perfect as movies get.