THE WEIRD WORLD OF BLOWFLY 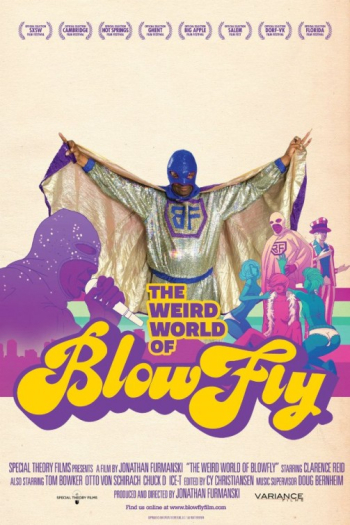 As an x-rated rapping comedian, Rudy Ray Moore was more talented than Clarence Reid's filthy-rapping alter ego BlowFly.Still, it was Reid who did it first. Another difference lies in Reid's music industry credentials as an R&B songwriter in Miami's ‘60s and ‘70s soul and disco scene where he penned hits for the likes of Sam & Dave, Gwen McCrae, and KC and the Sunshine Band.

Sadly, Jonathan Furmanski's spotty documentary about Clarence Reid is too little too late. The film picks up with music journalist/drummer/band manager Tom Bowker backing BlowFly as part of a touring band for the 69-year-old black performer to perform songs like his groundbreaking party hit "Rap Dirty" (1965). A clip from BlowFly’s humorous classic "Girl Let Me Cum in Your Mouth” gives earnest cause for laughter. Because Reid idiotically sold the rights to his music in 2003--just before modern artists like Beyonce and Wu-Tang Clan began raking in dough sampling his songs--the filmmakers can't afford licensing costs to appropriately represent Clarence Reid's musical accomplishments. Sparse interview footage with Jello Biafra, Ice T, Chuck D, and Norwood Fisher doesn't go far enough toward contextualizing Reid's pop music influence beyond the fact that he was the "first rapper." 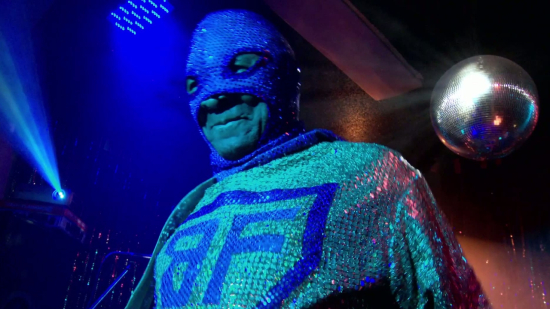 Too much of the movie focuses on preparation for live shows and less-than-impressive performances in dive bars and on stages in Germany where young fans treat BlowFly with brutal disdain. Reid’s voice is not what it once was. Viewers are led to question Tom Bowker’s rabid insistence on turning BlowFly into a money-making brand. There’s no doubt that Bowker respects Reid’s humor, but his efforts at managing him as a viable act comes across as perhaps a little too self-serving. Problematic too are Clarence’s racist ideas about his own people. There’s no getting around the fact that Reid is a self-hating misanthrope.

“The Weird World of BlowFly” is an incomplete introduction to an important underground black comedian and R&B musician who never got his due. Clarence Reid deserves a better documentary.