TRIUMPH OF THE WILL 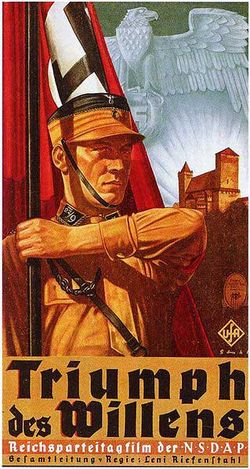 The most famous and infamous propaganda film of all time is revealing for its stern depiction of the way Hitler's Germany sought to present itself to its own countrymen and to the outside world.

The film chronicles the 1934 Nazi Party Congress in Nuremberg as attended by more than 700,000 soldiers and citizens.

The mesmerizing effect of watching hundreds of thousands of neatly lined-up party organization members and German military soldiers marching in unison, is extraordinary by any standard. 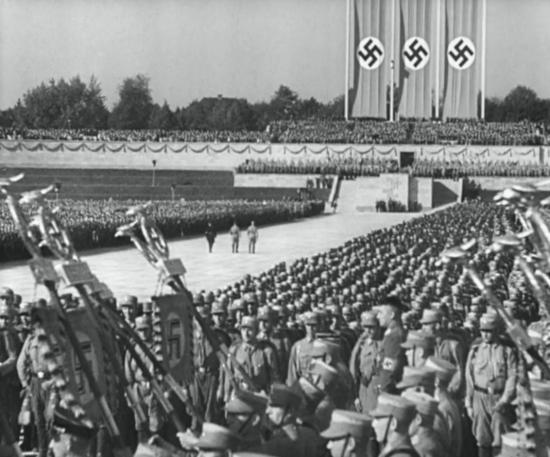 Filled with astronomically populated scenes of pomp and circumstance, the film plays like a clockwork parade of outlandish scale that seems to last for weeks. Intercut with scenes of political oratory by the likes of Rudolph Hess, Heinrich Himmler, and Joseph Goebbels, the film predictably settles on long speeches by Adolph Hitler whose trademark fey salute takes on an unintended comic quality. 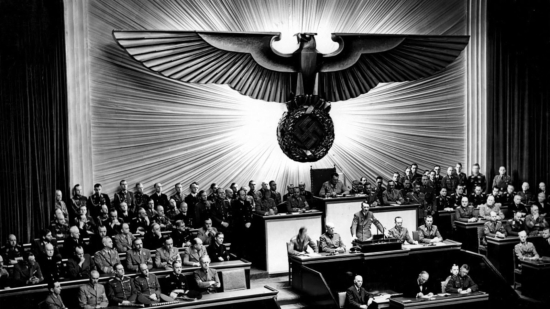 Knowing that Hitler was democratically elected on an anti-communist platform informs scenes of obsequious adulation poured on him by vast crowds of his obsessive supporters. There’s little wonder why Germany believed it was invincible based on its massive foundation of brain-washed populace. 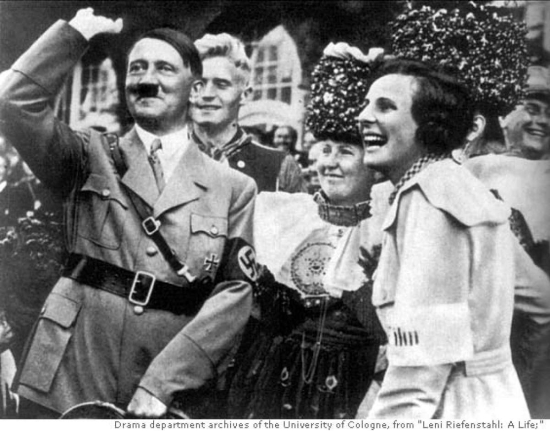 Hitler's choice of female-director Leni Riefenstahl to mint his place in cinematic history lends an ironic side to a leader obsessed with male national identity. Riefenstahl's bold camera moves in fluid lines and high angles to provide an aerial context to iconic Nazi symbols and perceived methodology. Her long focus lens works in perfect harmony with the planned movements of her carefully choreographed subjects. Riefenstahl's self-assured camera-work is breathtaking, and is the crucial element that elevates the film to its artistic status. 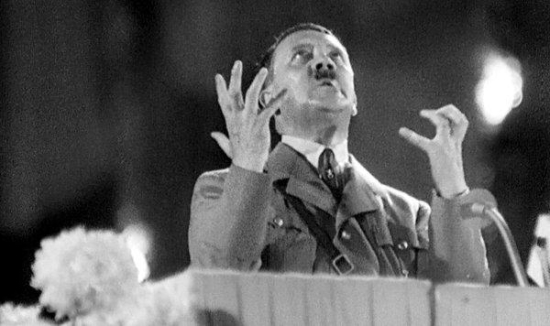 To watch “Triumph of the Will” (1935) is to experience a methodical approach to an ideological promotion film of populist political ideas that are kept purposefully vague. The film makes you realize what a walking cliché Hitler was as a politician. Hitler was an unattractive little man with a knack for large scale public theater.

Adolf Hitler’s immense power lay in the unconditional support bestowed upon him by an ignorant public who fell for his cult of personality like lemmings tumbling to the sea. Death follows death quick. 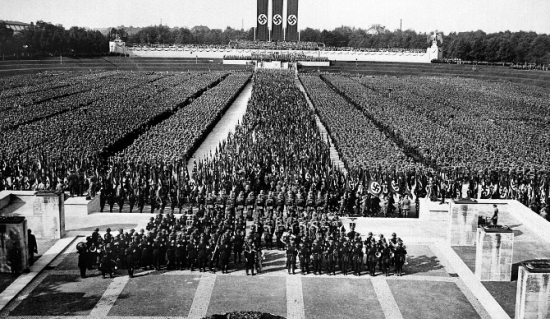 There isn’t a grain of humor in this straight-faced brand of propaganda that has since been far surpassed by American advertising campaigns that make “Triumph of the Will’ seem amateurish by comparison.

Nonetheless, “Triumph of the Will” is a film that frightens many would-be audiences by its mere presence. As with all irrational anxiety, there’s nothing to fear but fear itself. The power of the masses is nothing but an illusion. 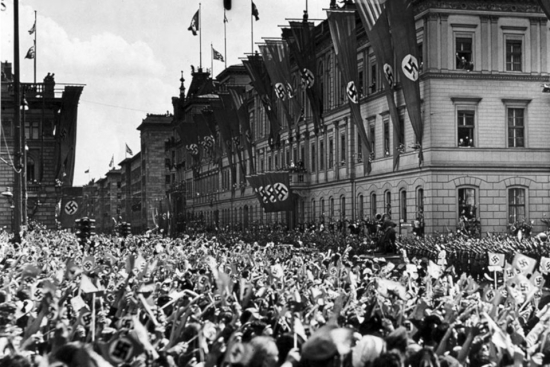 "Triumph of the Will" would be all but unwatchable if not for its historic relevance. Oh the tedium. Everyone you see in the photo above is now dead. Go fish.