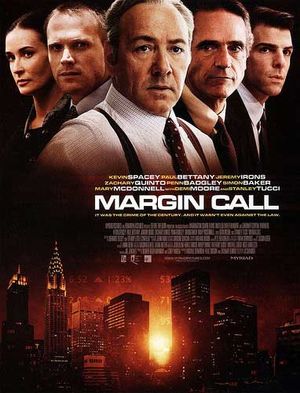 Writer/director J. C. Chandor makes an impressive debut with a theatrically bound drama about the 2008 collapse of a big financial firm that follows a trajectory similar to Bear Stearns' meltdown — an event that signaled America’s second Depression.

Chandor's behind-the-scenes story takes place over a 36-hour period. The neatly contained script could easily have been adapted into a one-act Broadway play.

An insider's viewpoint captures cataclysmic economic events enabled by people obsessed with money and lies. Senior financial analyst Eric Dale (Stanley Tucci) begins his day getting unceremoniously axed along with 80% of the firm's associates in a merciless act of slash-and-burn capitalist housecleaning. 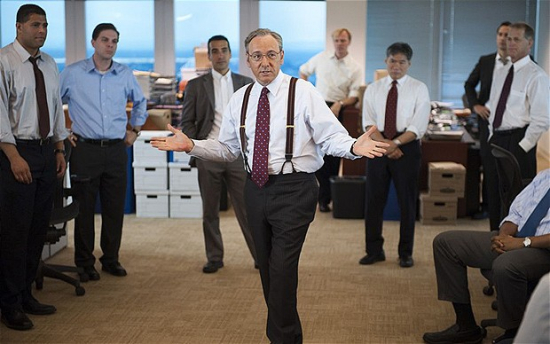 Dodged questions point to chief risk officer Sarah Robertson (Demi Moore) for throwing Dale under the bus. Unbeknownst to Robertson, Dale has been doing some investigative number-crunching about the company’s less-than-ethical dealings. Before the elevator door closes on Dale for the last time, he passes a loaded thumb drive to his well-suited underling Peter Sullivan (Zachary Quinto) with a warning to "be careful." Without missing a beat, Sullivan stays late to follow up on his former boss's findings and extrapolate on the company’s instability. Sullivan sounds an alarm that instigates a midnight meeting with the company's big wigs, including CEO John Tuld (Jeremy Irons) and his right-hand man Sam Rogers (Kevin Spacey).

Talky to a fault, "Margin Call" is nonetheless a smart snapshot of the white-collar culture of greed that cost America its leading role in the global economy. Chandor's ability to tell the story without demonizing the criminals whose heads have yet to roll is the film’s double-edged sword.