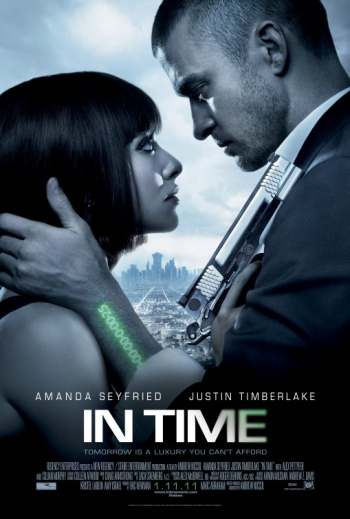 High concept meets lightweight substance in writer/director Andrew Niccol's clinical cartoon rendition of a not-too-distant-future dystopia. Similarities to "Logan's Run" apply in a society where overpopulation concerns are diminished by the neon-green clock numbers that count down the amount of years, months, weeks, hours, and seconds of life left on the arms of all citizens. Think Nazi camp numerical tattoos. 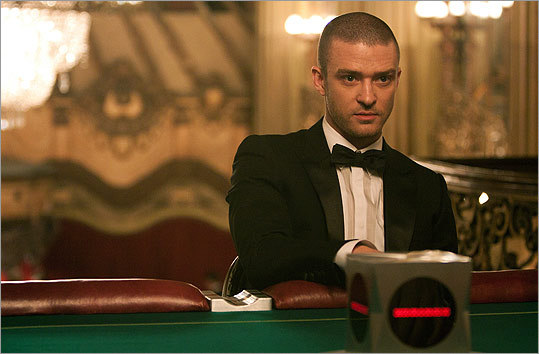 No one ages beyond 25, but most are consumed with constantly having to earn time for the easily viewed currency that extends their life into the next minute. Talk about stress. In this culture inflation really is murder.

Will Salas (Justin Timberlake) lives in the ghetto zone of Dayton as a hand-to-mouth factory worker; we don't find out anything about the actual work he does but his pay rate is going down. Although Will's sister-like mom (played by the ubiquitous Olivia Wilde) doesn't fair so well, Will strikes it lucky when he helps out Henry Hamilton (Matt Bomer), a rich guy with over a century of time clocked on his arm. Suicidal Henry passes along his wealth of time credits to Will before zeroing out his life.

New troubles arise for Will, who becomes the primary target for a squad of "timekeepers" led by the leather-clad, muscle-car-driving, Raymond Leon (Cillian Murphy). Will spends a fortune paying road tolls out of Dayton toward the wealthy gated community of New Greenwich. There, currency-hoarder/kingpin banker Philippe Weis (Vincent Kartheiser) holds court while his frisky daughter Sylvia (Amanda Seyfried) keeps him on his toes, along with her lookalike mother and grandmother. Sylvia becomes Will's compliant hostage/love interest when Raymond and his henchmen help turn the movie into one very protracted chase sequence after another. 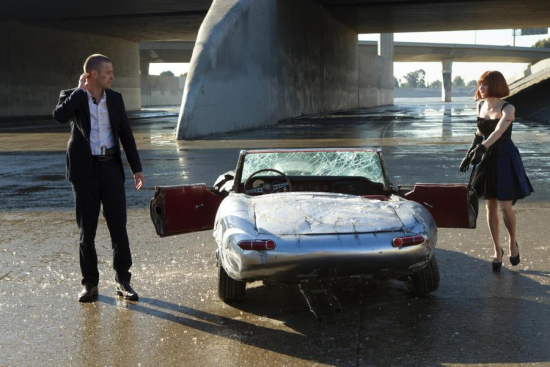 The movie features at least one truly impressive piece of stunt driving. A bossa-heavy score, and slick cinematography from camera-master Roger Deakins, ushers in the action with assurance. As an admitted guilty pleasure, “In Time” serves the purpose even if its ostensibly thought-provoking premise doesn’t go very far.