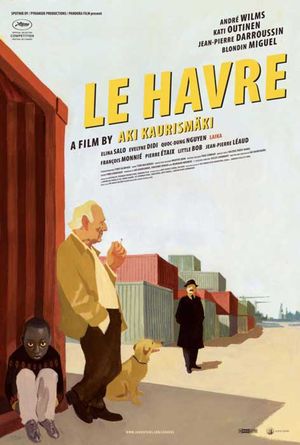 Aki Kaurismaki's humanist themed comedy of manners and intentions is a whimsical allegory about the desperate plight of immigrants and the communal actions needed to address the issue. There's an air of magical realism in the film's tone that places shoeshine man Marcel (Andre Wilms) in the unique position of harboring a young illegal immigrant named Idrissa (Blondin Miguel) from West Africa in Marcel’s French hometown of La Havre.

Marcel leads a frugal existence with his loving wife Arletty (Kati Outinen) in a small house on a little back street of the sleepy seaside town. The couple's minimalist lifestyle still allows for simple pleasures. With his wife's approval Marcel slips out to his favorite bar for an aperitif while Arletty prepares their dinner. Arletty doesn't want her husband know she's dying from cancer. So it comes as a shock when she has to be rushed to the hospital for an extended stay. When a dock guard hears the cry of a baby coming from a sealed shipping container, local officials are called in to open the giant London-bound metal box. Inside are a group of immigrants from which Idrissa escapes before running into the sympathetic Marcel who agrees to help the boy get to London to reunite with his mother. 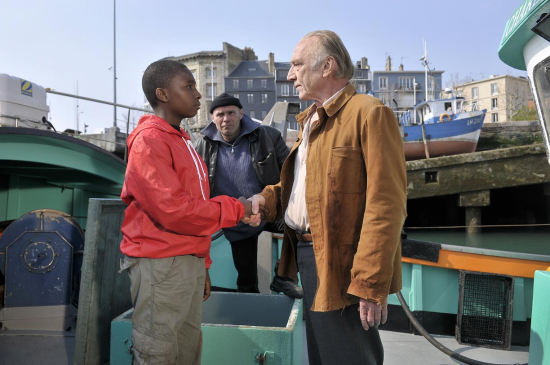 Filmed with a deliberately simplistic regard, Kaurismaki embraces a regional sense of identity that allows supporting characters to flourish. Police Inspector Monet (Jean-Pierre Darroussin) gets wind of Marcel’s complicity in hiding the boy, and makes his position clear to Marcel. Enjoyable scenes between Darroussin and Wilms play out with a suspenseful sense of deadpan humor. As with all of the Finnish auteur’s films, there’s a bitter sweetness at play. When Kaurismaki adds the story’s final grace note it comes as rich reward. Few filmmakers have such delicate command of the poetic potential of cinema. 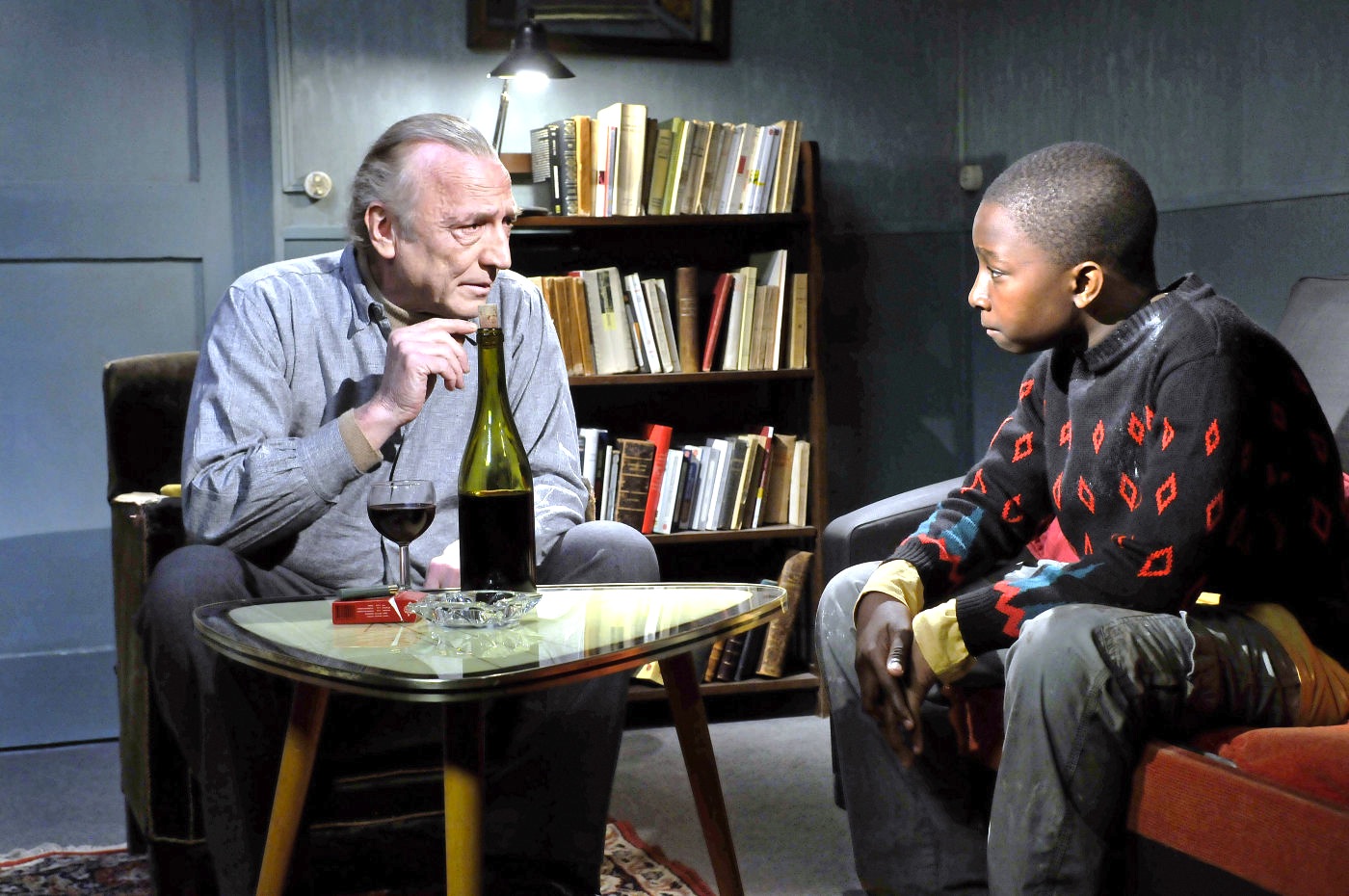