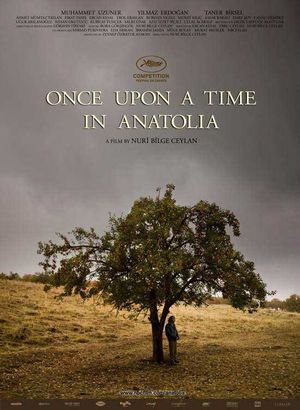 Turkish filmmaker Nuri Bilge Ceylon continues his minimalist yet universal exploration of society (in the meta sense of the word) with a fascinating police procedural that values story over plot and character over prejudice.

The mastermind behind such instant classics as "Climates" (2006) and "Three Monkeys" (2008) uses every shaded detail of time, atmosphere, human condition, and verbal and non-verbal communication to tell a quietly complex story about a murder investigation and the imperfect methods of the men assigned to solve the crime. 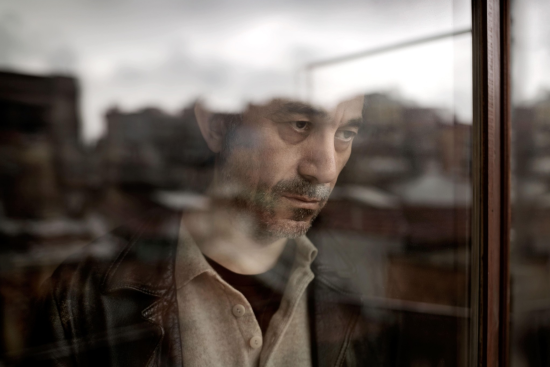 Ceylon is one of the world’s few truly gifted filmmakers capable of using film as a broad yet clearly defined canvas for meting out staccato and legato pulses of narrative text and subtext.

Patience is a key ingredient to his art. There are always multiple layers of crucial information seeping from the screen. His patience for storytelling matches Michelangelo Antonioni, whose films Ceylon must surly have studied.

“Once Upon a Time In Anatolia” is about the nature of human motivation, and how it folds back upon itself under the microscope of external pressures—whether from co-workers or from a natural flow of events. There is nothing showy about Ceylon’s unique brand of cinema. Here is a filmmaker who creates a bond of trust with his audience, who are invited to interact with his films.

Ceylon’s regular cinematographer Gökhan Tiryaki supplies visually intriguing compositions that tempt the viewer to study the story’s dichotomy of rural and industrial landscape. You have the sense of being allowed to see every aspect of the story. Nothing seems to be hidden. The delicacy with which Tiryaki’s camera slowly zooms is a thing of precise beauty. 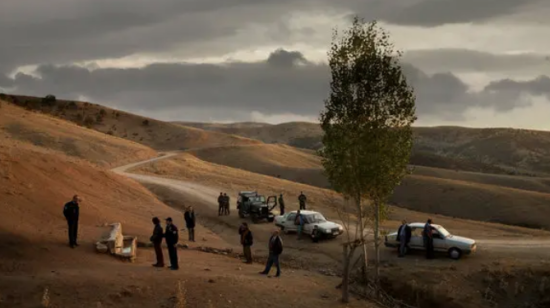 At night Doctor Cemal (Muhammet Uzuner) accompanies a group of police officers and a soldier as they drive around the dark outskirts of the Anatolian steppe. The group has with them two incarcerated suspects they hope will lead them to the grave of a missing man. Every distance is remote. Only car headlights cut through the blackness. The young doctor strikes up a friendship with the local prosecuting attorney. Surely justice will prevail. If the body is found, Doctor Cemal will perform the autopsy.

Police Commissar Naci (Yilmaz Erdogan) lets his temper flare at the uncooperative prisoner who leads the three-vehicle caravan on a wild goose chase in search of a "round tree" by one of the road's many fountains that provide water for travelers in the dark arid region.

Prosecutor Nusret (Taner Birsel) reigns in Naci when the Commissar turns violent against the prisoner — not because he cares particularly about the prisoner, but because he understands the demands of the job. The cops joke about food and engage in a bland kind of non-specific repartee that diffuses tension even as it subtlety discloses fragments of personal information. Every character and theme line rings with authenticity. The time-consuming search takes its toll.

The men stop for food in the middle of the night at the home of man whose beautiful daughter momentarily entrances them. The respect her devastating beauty, yet know exactly how her life will unfold. All life is a cycle. Part of their job is to recognize patterns, even the ones that shame them about their own personal lives. 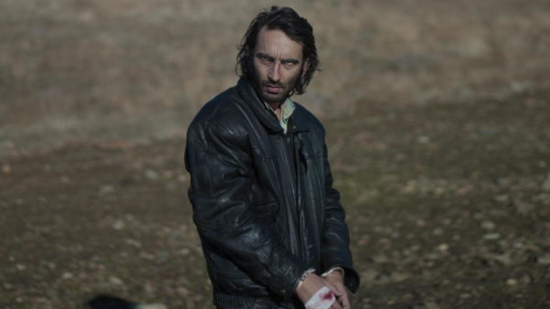 "Once Upon a Time in Anatolia" is a film about how detectives communicate. It’s also about how entrusted public servants wrangle with overpowering emotions and personal secrets. Anger and sadness are traits to be submersed under rote routines of professional conduct. Their personal sense of justice can be confused and arbitrary. And yet, these men are doing a job that must be done. 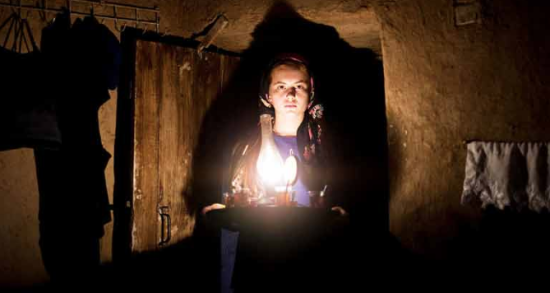 Nuri Bilge Ceylon is a lover of humanity. His great concern for every one of his characters goes beyond their innocence or guilt. He recognizes the balance of both qualities in their actions. As a sociological study, the film is edifying. As a drama, it is at turns inscrutable, revealing, and moving. The cinema of Nuri Bilge Ceylon is a transformative one. It is unique and honest. Most significantly, it offers a rare experience to be treasured.