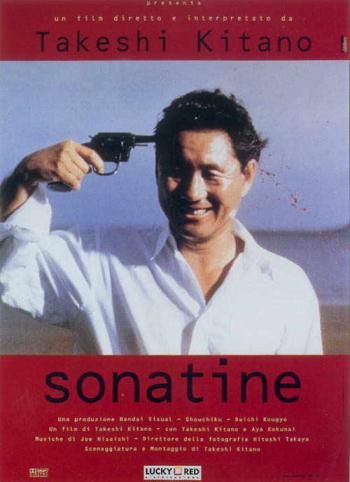 Takeshi "Beat" Kitano represents one of Japan's most iconic cinematic and cultural figures. Famous as a performer for his work in Japanese television programs that range from stand-up and situation comedy to playing a host for game shows and talk shows, Takeshi first broke into films as an actor in Nagisa Oshima's "Merry Christmas, Mr. Lawrence" in 1983. By the end of the decade he would direct his first film "Violent Cop," in which he played a sociopathic detective. 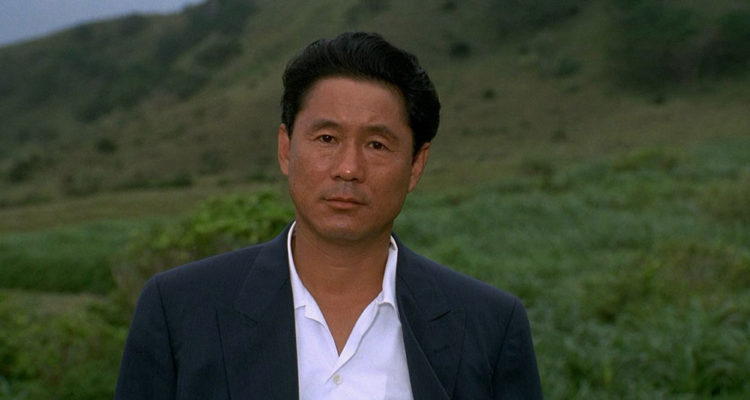 In 1991 the jack-of-all-artistic-trades wrote, directed, and starred in his fourth film "Sonatine," a minimalist drama about Murakawa (played by Takeshi), a Tokyo yakuza concerned with the daily chores of overseeing loan sharking operations on his turf as part of the Nakamatsu clan. Murakawa plays by his own rules, but he's tired. He toys with the idea of retiring. His ruthlessness comes across when he orders the non-paying owner of a mahjong club submersed in the bay to see how long the man can hold his breath. The scene comes after Murakawa beats a cohort he doesn’t trust to a bloody pulp in a restaurant restroom.

Dressed in a loose fitting blue suit and open-necked white shirt, Murakawa is sent to Okinawa with his henchmen to mediate a truce between the Nakamatsu and Anan clans. But when he arrives Murakawa learns from the local Nakamatsu boss there's no need for his assistance. Nonetheless, local gangsters open fire on Murakawa and his men in a bar. Much blood is spilled, most of it by the young attackers. Murakawa and his gang hide out in a remote beach house awaiting orders. The idyllic setting inspires games of innocence and potential violence on the beach. A game of Russian roulette hints at a suicidal tendency in Murakawa, who soon enters into a romantic fling with a local girl. He's not above pleasure. “Indecent exposure is fun.”

"Sonatine" is a lyrical picture of Japan's poker face toward the outrageous violence of its mob culture. The film’s title is a musical term that refers to a sonata of modest length, however not diminished in complexity. Takeshi Kitano's deadpan expression represents a motif of his character’s methodical dispassion. Still, Murakawa is a passionate man who savors humor and beauty. Takeshi’s work as a poet and painter comes through in “Sonatine.” There’s a directness to his flat compositions that reflect a matter-of-factness about life and its fleeting nature. No discussion of modern Japanese cinema would be complete without acknowledging Takeshi Kitano’s colorful influence. 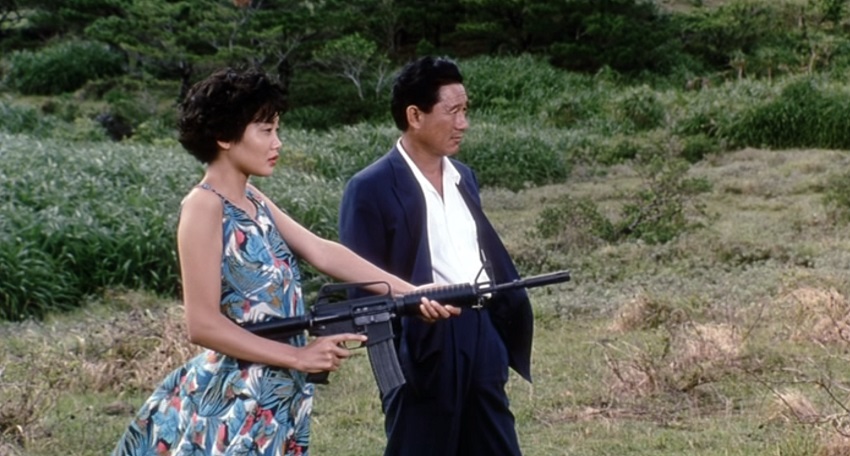