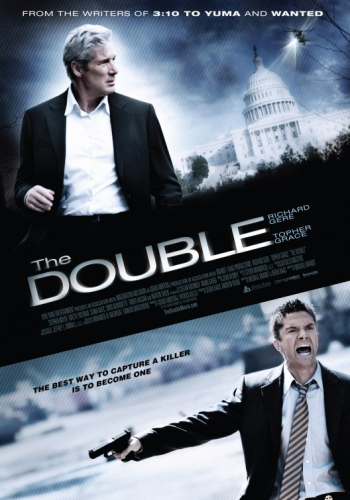 Seemingly cobbled together from various pieces of unfinished scripts, "The Double" is a Cold War espionage thriller that refuses to recognize that the Cold War ended decades ago.

Co-writer/debut director Derek Haas ("3:10 to Yuma") steps in sticky puddles of clichés mapping out an implausible story about retired CIA Black Op Paul Shepherdson (Richard Gere). Shepherdson gets pulled back into action after the very public assassination of a U.S. Senator points to the involvement a long-absent Soviet hit man codenamed Cassius. 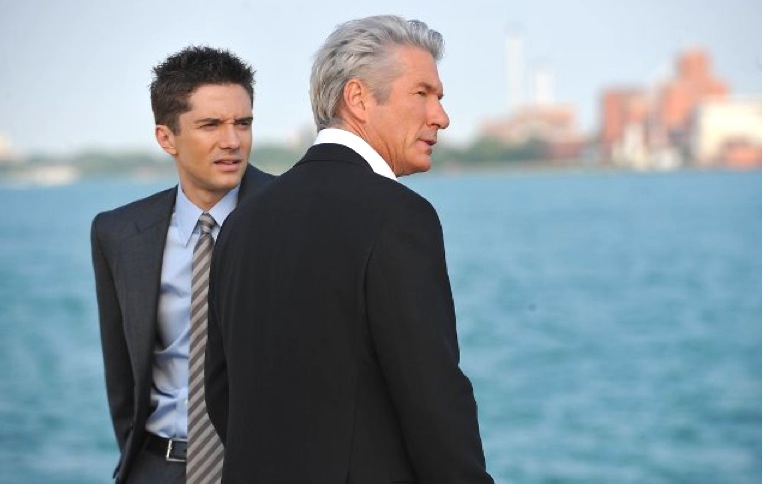 Topher Grace plays Ben Geary, a FBI hotshot who wrote his college thesis paper about Cassius. Geary thinks he knows all there is to know about Cassius and just as much about Shepherdson as the man who hunted to ruthless killer for most of his career. Geary jumps at the opportunity to work with the legendary Shepherdson, even if doing so might endanger his pregnant wife and perfectly manicured suburban home-life. Outrageous plot and character reversals lead up to a predictably bloody climax that feels more like the ending of a Roadrunner cartoon. The association is apt considering how silly "The Double" comes across. If this is the best script Richard Gere and Topher Grace can get these days, perhaps it's time for a hiatus.

Posted by Cole Smithey at 02:56:03 PM in Hollywood, Thriller