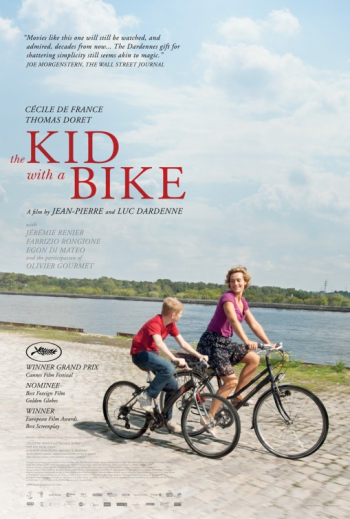 The Dardenne brothers tweak their polished neorealist formula of personalized socially conscious cinema. Once again, we are exposed to their hometown of Serain, Belgium. This time, however, composed music plays a central role. The Dardennes continue the focus of their oeuvre on the plight of Belgian youth. The result is a somewhat less than convincing story about a troubled 11-year-old boy named Cyril (Thomas Doret).

Having been recently abandoned by his single-parent father Guy (Jérémie Renier), Cyril searches desperately for his missing dad and for his bicycle, which has also gone MIA. The manic boy escapes from a boys' home to return to the empty apartment he once occupied with his father. Pursued and dragged by his keepers back into the group home, Cyril throws himself at a visiting woman waiting in the home’s lobby. Hairdresser Samantha (Cecile de France) helps Cyril find his bike and agrees to look after the violence-prone boy on weekends. Samantha is at a loss to understand Cyril’s self-destructive impulses, which land him in a string of violent altercations. Still, Cyril's fortunes improve when Samantha agrees to keep him with her full time. Cyril’s guardian angel helps him track down his deadbeat dad at a restaurant where he works. Guy eventually makes clear he wants nothing to do with his needy son. The filmmakers explore too shallowly Guy's reasoning for essentially throwing his son away. This, coupled with a lack of perspective on Samantha's backstory, weighs heavy on the film as a narrative contrivance that is fortunately mitigated by Thomas Doret’s exceptional performance. 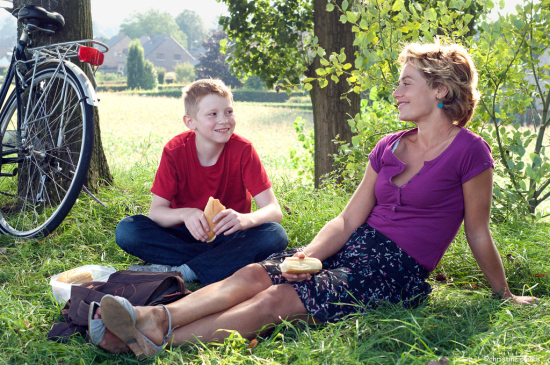