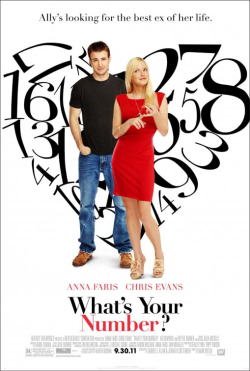 Screenwriters Gabrielle Allan and Jennifer Crittenden send the modern feminist movement back to the dark ages with an un-romantic comedy that's about as entertaining as reading a book upside-down. It might have worked for George Bush during the attacks on 9/11, but it doesn't fly for Anna Faris's dim-witted Republican character Ally Darling.

During the days leading up to her sister Daisy's wedding, Ally reads a magazine article — where all truths must surely reside — that the "average American woman" has “10.5” lovers over the course of her life. Cough. Ally is just ditzy enough to believe such an obvious load of crap.

Since she has slept with “20” men Ally thinks she might be damaged goods. Rather than pressing forward with her search for love after recently being dumped, Ally decides to revisit her past lovers to see if any are right for exploring the many splendored joys of true love. 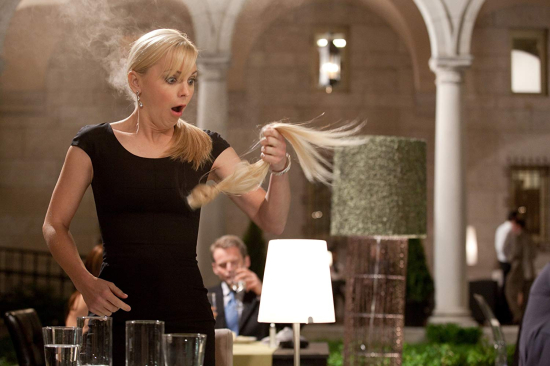 Ally gets assistance in her quest from her Calvin-Klein-underwear-body neighbor Colin (Chris Evans). Aside from constantly running around in his skivvies, Colin has slept with over 300 women. You might ask yourself, if the "average" American woman is only sleeping with 11 men in their lifetime, who are the female overachievers having all the fun with guys like Colin. His “number” certainly doesn’t diminish his opportunities with the opposite sex. 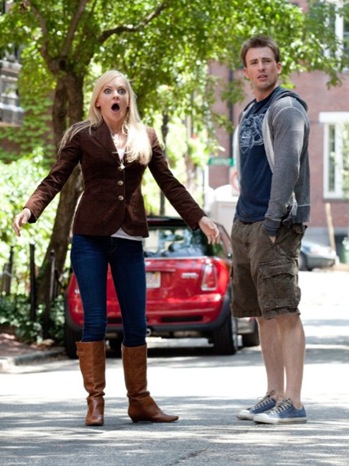