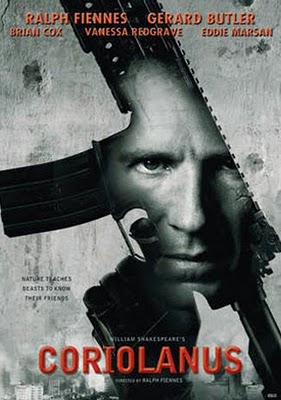 Confucius: "Before you embark on a journey of revenge, dig two graves." That pithy principle from the teachings of one of history's greatest philosophers sums up one of the key themes in Ralph Fiennes's mesmerizing adaptation of Shakespeare's challenging tragedy. It's an idea that could have saved millions of lives and trillions of dollars if the Bush administration had considered it after 9/11.

Filmic adaptations of Shakespeare are few and far between because they demand an elevated command of the material and a focused vision for transposing it to modern sensibilities. 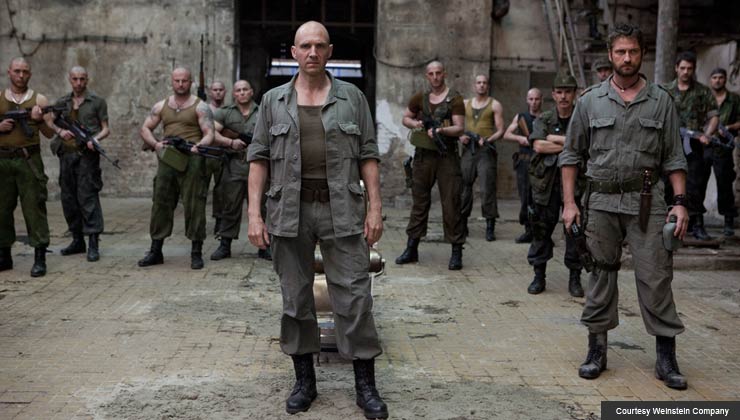 Screenwriter John Logan ("The Aviator") does an exquisite job of sculpting Shakespeare's text into a cinematic form that Ralph Fiennes uses like a narrative trampoline. Fiennes brilliantly portrays the same ruthless title character he played on the London boards in 2000 to rave reviews. His confident directorial approach carefully executes the play's themes of misguided anger, hatred, and revenge. 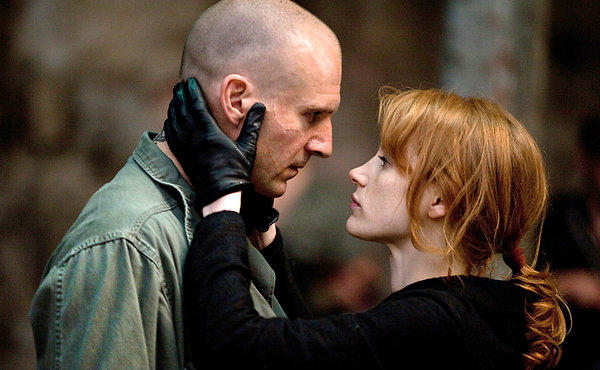 Tongue-tied Roman general Caius Martius Coriolanus exhibits prejudiced contempt for leftist protestors who assail his suspension of civil rights. Television news coverage provides exposition with sleek economy. A hen-pecked son to his domineering mother Volumnia (vigorously played by Vanessa Redgrave), Coriolanus is a bloodthirsty warlord. His mother's words — "There's no man in the world more bound to his mother" — define the bottomless abyss of his soul.

Coriolanus chomps at the bit, waiting to sink his teeth into his sworn enemy Tullus Aufidius (Gerard Butler)--general of rebel forces trying to conquer Rome. The battle-scarred Coriolanus leads his troops into a violent pitched battle that climaxes with a hand-to-hand duel with Aufidius. Cinematographer Barry Ayckroyd ("The Hurt Locker") captures the grimy action with a gritty cinéma vérité style that inducts the audience into the narrative with a primal level of awareness. You can practically smell the stench of dried blood mixed with mud and sweat. 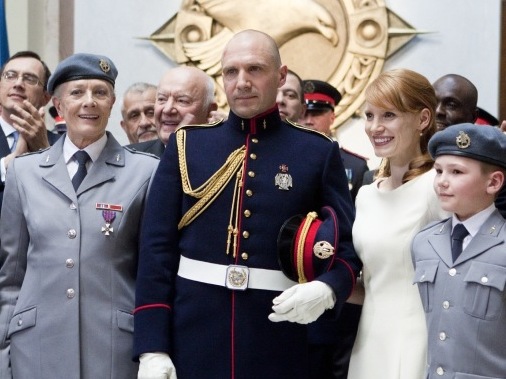 The plot takes a 180-degree turn when Coriolanus lashes out during a live-broadcast television talk show put on by his political rivals in order to humiliate him. Using the logic that the enemy of his enemy is his ally, Coriolanus turns his back on Rome and his family (Jessica Chastain plays his put-upon wife). Exiled from the burned out city of his birth, Coriolanus seeks out Tullus Aufidius to join the rebel forces with the goal of capturing Rome militarily. 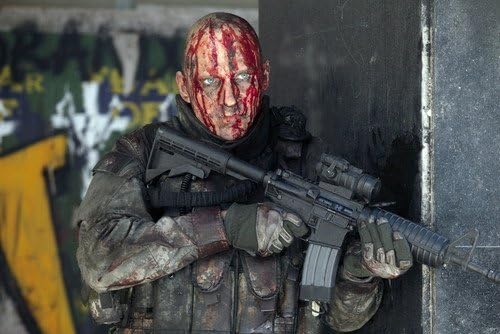 Ralph Fiennes's independently produced "Coriolanus" is a lean and mean Shakespeare adaptation that brands itself onto the viewer. Violence begets violence in incalculable ways. No amount of loyalty to any side is a guarantee of anything other than a shallow grave.

Posted by Cole Smithey at 04:14:25 PM in Literary Adaptation, Shakespeare