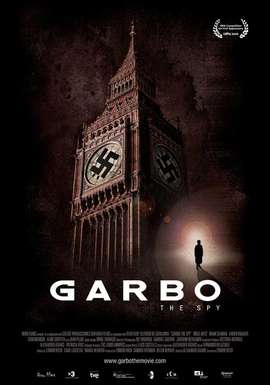 After rattling around film festivals for a couple of years Edmon Roch's wildly entertaining documentary thriller is finally enjoying its overdue theatrical release. It's the kind of juicy documentary where the less you know about it going in, the more you'll enjoy it.

So, if you have any inkling to see a super fun documentary about an ingenious World War II double-agent then stop reading this review now and get thee to the cinema. You will not be disappointed. Otherwise, here we go. Juan Pujol Garcia is a rare person with so many layers of intellect that he fooled the Germans and the Brits into both hiring him to work as a counterspy for them. It's a good thing Garcia's actual loyalties came down on the side of the Allies. Born in Spain, Garcia spent several years of his youth hiding out during the Spanish Civil War evading Franco's version of fascism. By 1940 the Catalan native made his way to London and offered the MI5 his services in spite of the fact he could barely speak a word of English. Repeatedly rejected, Garcia took his game to the Nazis who hired him to spy for them believing he was working out of Lisbon, when in fact he never left London. 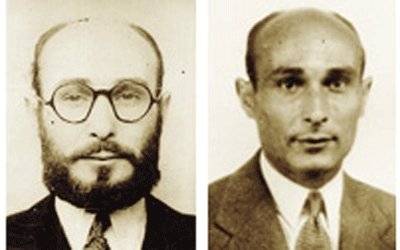 He finally secured a position with MI5 writing disinformation to feed to the Nazis. He was given the codename "Garbo" by the Brits, but went under the codename "Arabel" to the Germans. Garcia created an imaginary team of 27 secret agents with fully fleshed-out identities to support his daily transmissions to the Germans. His prose was so detailed and passionate there was never a doubt of the veracity of the information. When the Allies prepared the build-up toward D-Day, Garcia precisely manipulated a diversionary feint set the Pas de Calais region north of Normandy to distract German military attention away from the point of the actual invasion. Novelist, historian, and Intelligence expert Nigel West supplies fascinating straight-to-camera details about his arduous efforts to discover Garcia's real identity and to track him down in person. Spanish spy Aline Griffith adds an aspect of glamour during her articulate interview sequences. Roch weaves in movie clips from films like “Mr Moto’s Last Warning,” "The Longest Day," and "Mata Hari" to contextualize the material with humor and cinematic style. Evocative music from Brian Eno and Sparklehorse adds an aural layer of intrigue to the rollicking filmic investigation.

“Garbo: the Spy has a lilting tone of cat-and-mouse in its construction. You just might want to see it twice.