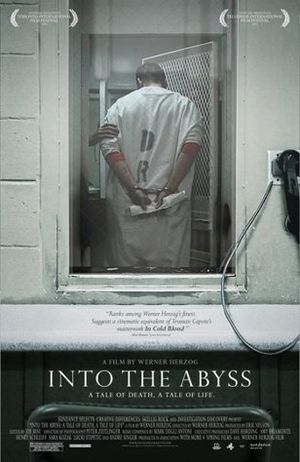 Werner Herzog and Errol Morris have more than a few things in common. Back in the late '70s when Herzog made a bet with Morris that Morris wouldn't make his first documentary "Gates of Heaven" — about an animal cemetery — at the cost of eating his shoe, Herzog had already explored the genre in-depth as a filmmaker even if American audiences only knew of his narrative work with salty epic narratives such as “Aguirre, the Wrath of God” or “Fitzcarraldo.” Errol Morris went on to become one of the finest documentarians working in the genre. If Herzog's precision documentary work (see "Lessons of Darkness" or "Little Dieter Needs to Fly") hadn't convinced audiences the adventurous filmmaker was capable of more than directing the volatile Klaus Kinski, his 2005 doc "Grizzly Man" served as a big wake-up call. With his trademark personality in full voice, the inimitable Herzog delves into a case of triple homicide in Conroe, Texas which put convicted murderer Michael Perry on death row and left his murderous accomplice Jason Burkett with a life sentence.

Herzog is candid about his position. During his interview with Perry eight days before Perry's date with death, Herzog tells the boyish 28-year-old he doesn't have to "like" him, but that he respects the inmate’s right to life as a human being who should not be executed anymore than his victims were. No punches are pulled as Herzog uses archive video police footage of the crime scenes to establish events that took the lives of Sandra Stotler, her 16-year-old son Adam, and his 18-year-old friend Jeremy Richardson as the result of a car robbery.

Herzog conducts frank interviews with family members of the victims that evince the devastating effect of the tragedy. The filmmaker's ability to pose sensitive yet direct questions works like a charm, especially considering that all were conducted as singular events on a first-meeting basis.

After stating his anti-capital-punishment stance early on, Herzog allows the complex story to be told by the people closest to it. There is nothing heavy-handed in his approach. You never even see Herzog onscreen. “Into the Abyss” is a sound piece of editorial journalism, the likes of which is all too rare in our new media age of exploitation reportage.

Posted by Cole Smithey at 11:13:41 PM in Documentary, Political History