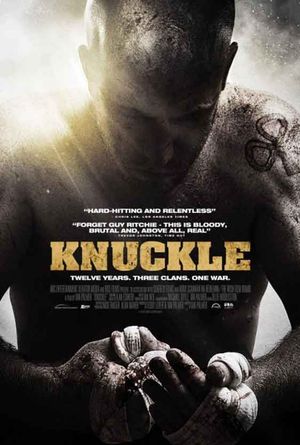 "Knuckle" is the result of documentarian Ian Palmer's 12 years spent following a decades-long feud between an Irish clan known as Traveler. On one side of the cousin-connected rivalry are the Quinn McDonaghs.

The McDonagh community is primarily represented by their charismatic patriarch James, whose calm demeanor barely masks a seething fury. At the other end of the group's fire-hot enmity is Big Joe Joyce, a hulk of a man with inhuman deep-set coal-black eyes and a penchant for cursing up a blue streak about the vileness of the McDonagh tribe. The feud gets rekindled when one side decides to bait the other into privately supervised fistfights with video-recorded invitations. 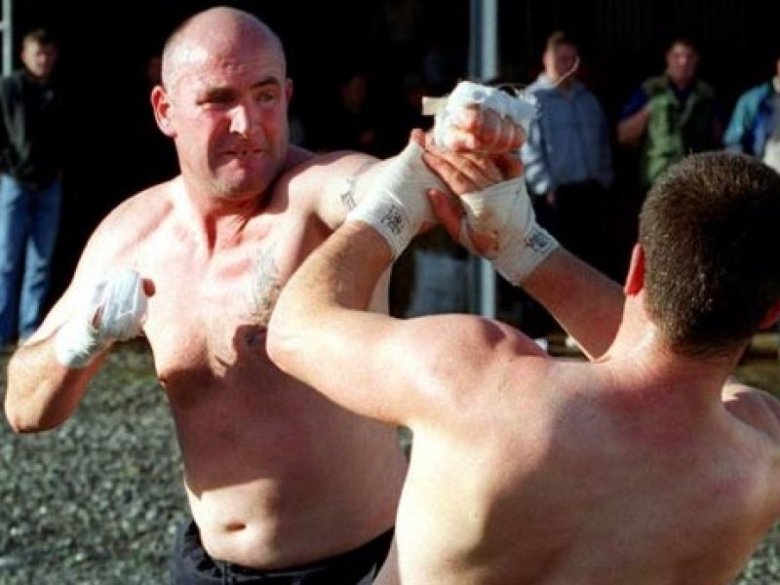 The rural road brawls are set with family-supported bets that climb from 20,000 to 120,000 euros. Graphic video footage of the hate-fueled blood sport matches are interspersed with interview segments with the bile-spewing men on both sides of the battle as they give their flawed persona logic for engaging in the violent activity. The roughly expressed bone of contention for the current round of heated feuding dates back to a shooting in 1992 that left a Joyce family member dead. 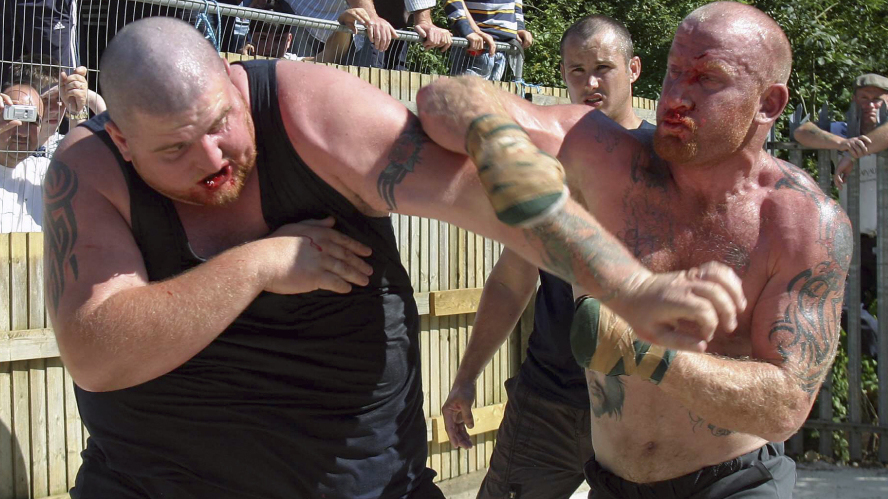 More than just an exploration of Irish lower class self-identity, "Knuckle" symptomatically examines the ways wars are initiated, sustained, and prolonged. Enemies are verbally dehumanized as "monkeys" or "dirt." As is typically the case, open communication proves to be the most effective tool in brokering a truce. “Knuckle” is a candid warts-and-all documentary that touches on a raw nerve of human behavior. The truth hurts. 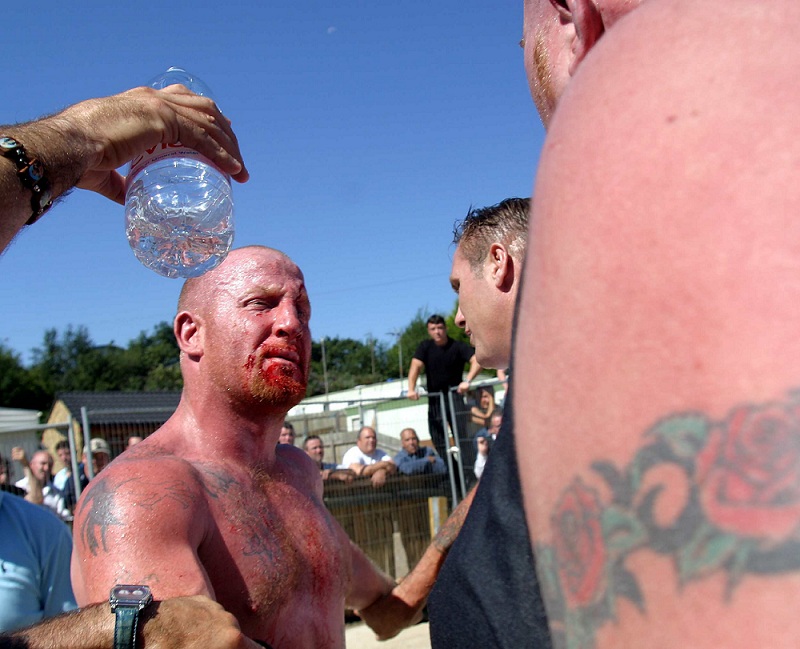 Posted by Cole Smithey at 01:45:58 PM in Documentary, Sports