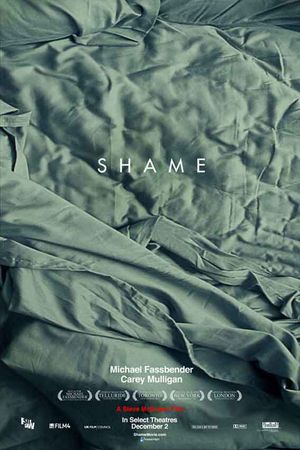 Confusion
Steve McQueen is a Deceased Actor, Not an Accomplished Director
By Cole Smithey

Director/co-screenwriter Steve McQueen makes half movies. The sophomore follow up to his over-praised 2008 debut film "Hunger," about Irish Republican Army leader Bobby Sands's prison hunger strike, attempts to disguise its lack of narrative rigor with an unsatisfying minimalist approach. Such limited artistic promise will be damningly affirmed upon release of McQueen's next film "Twelve Years a Slave."

Once again it will feature McQueen's exclusive pet actor, the ubiquitous Michael Fassbender. At least the pretentious director has an eye for talent. Sadly, the same can't be said for McQueen’s storytelling abilities. 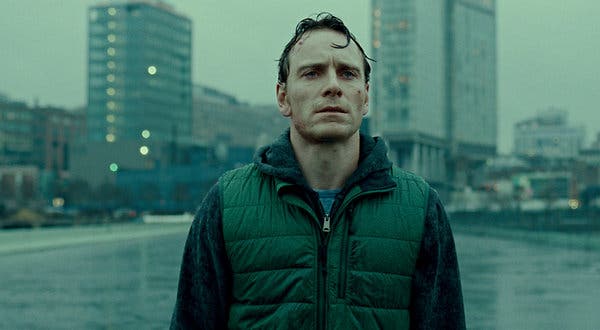 For a film about a sex addict, "Shame" is an oddly stoic, preachy, and clinical affair. Fassbender plays Brandon, a hotshot businessman living and working in Manhattan. He wants nothing to do with former conquests that leave endless messages on his phone machine. Brandon only wants fresh kills. 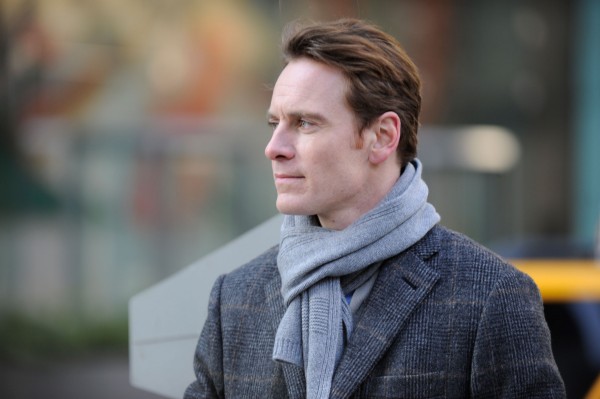 For all of Bandon's nude parading around in his chic high-rise apartment, and engaging in sex with a prostitute when he isn't jerking off in whatever bathroom is handy, the character isn't any randier than your typical thirtysomething guy. He may be a tortured soul, but we never get enough insight into why. McQueen and co-writer Abi Morgan simply don’t write the necessary character, theme, and plot lines needed to make the film coherent. Our alienated anti-hero Brandon has a self-destructive bent for which he compensates by earning a lot of money. Like his chanteuse sister, Brandon is damaged goods. But we never find out what events in their childhood traumatized them so. Perhaps their parents sexually abused them. 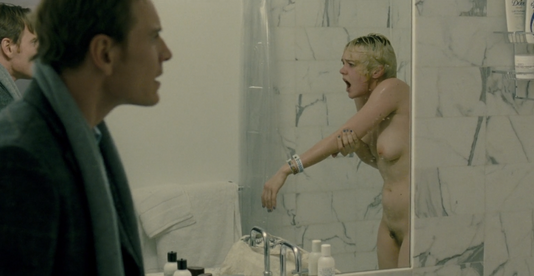 Carey Mulligan becomes the film’s welcome centerpiece when her jazz singer character sings a wonderfully moody rendition of "New York, New York." It’s the one moment in the movie when everything crystallizes. Through Mulligan’s vulnerable phrasing and melancholy expressions we see inside Sissy as a needy manic-depressive young woman with a tremendous gift for emotional release. Brandon is her logical opposite; a man who funnels his inarticulate passion into his relentless quest for orgasms obtained either in solitude or by illicit means. When Brandon attempts to strike up a traditional romantic relationship, he finds himself humiliated when he’s unable to perform sexually. 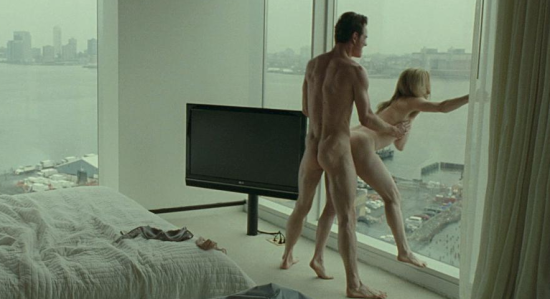 As the story inches toward its hackneyed climax of glaringly foreshadowed melodrama, it collapses like a weakened erection under a heavy blanket. McQueen goes for a shock value collage of ménage à trois sexual debauchery that involves Brandon giving his best O-face while doing what he does best after returning from a visit to a gay sex club (closet bisexual), check. The sequence allows the audience to read whatever it wants into Brandon’s pained expression as he screws two women with primal abandon as if he were doing something original. The director’s quick-cut collage treatment of pornographic close-ups of genitalia reeks of a frat boy mentality.

“Shame” is an immature attempt at a psycho-sexual drama with thinly sketched characters set in bare-bones plot structure. Fassbender and Mulligan do a lot with a little. Still, there just isn’t enough narrative to support their brave but squandered performances. Compared to a similarly themed, but far better grounded, film like David Cronenberg’s “A Dangerous Method,” “Shame” is a piece of stunt exploitation filmmaking. Crossing the line into pornography never seemed so simultaneously safe and repressed. Rated