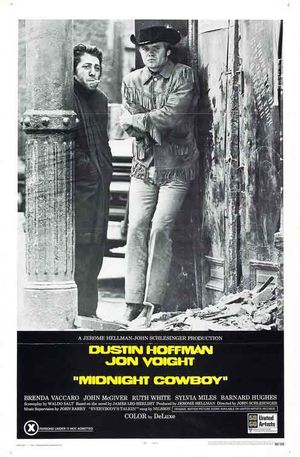 Waldo Salt's magnificent screenplay adaptation is only slightly diminished by the overuse of Fred Neil's song "Everybody's Talkin.'" Regardless of Harry Nilsson's emotional rendering of the song, its repetition inhabits an aural arena that could have been put to better narrative purpose.

John Voight's Texas-born stud Joe Buck quits a job washing dishes at a diner to hop a bus to Manhattan. With a portable radio stuck to his ear, Buck dreams of turning the town red as a cowboy-styled gigolo. However, Buck is woefully unprepared for the harsh reality of 1960s New York. Even rich people are broke. The would-be hustler's first pick-up, a Park Avenue lady who lunches played by Sylvia Miles, extracts $20 from him at the end of their assignation rather than the other way around. Buck imagines his luck turning when he meets lowlife conman Rico "Ratso" Rizzo (Dustin Hoffman), a sickly greasy-haired cripple living in an abandoned tenement building on the Lower East Side. Ratso agrees to work as Buck's manager. The hastily made arrangement lasts long enough for Ratso to abscond with $20 from Buck in exchange for an introduction to a gay religious fanatic. Fate reunites Buck and Ratso. Locked out of his hotel room for non-payment Buck takes up Ratso's offer to move in with him. A cold New York winter sets in. 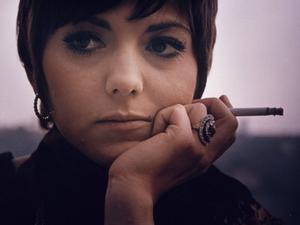 Beautiful editorial flashback sequences express Joe Buck's traumatic childhood. A history of sexual abuse by his grandmother and teenage peers has made Buck damaged goods. A chance invite to a downtown party allows Ratso and Buck to rub shoulders with drugged-out hipsters. Uptown socialite Shirley (Brenda Vicarro) peeks through the crowd at Joe Buck. Finally, Buck gets his first legitimate customer just as Ratso's health goes on its last leg. Although Sylvia Miles received an Oscar nomination for her brief role, Vicarro steals the film in the role of a woman who awakens Buck's sense of healthy sexuality.

"Midnight Cowboy" is an exquisite time capsule. The film is filled with dark social and political commentary. Only through his problematic friendship with Ratzo can Buck reclaim his humanity. The palpable sense of comradeship between Voight and Hoffman—two young method actors working at the height of their powers—pushes the drama in something rare and sublime.