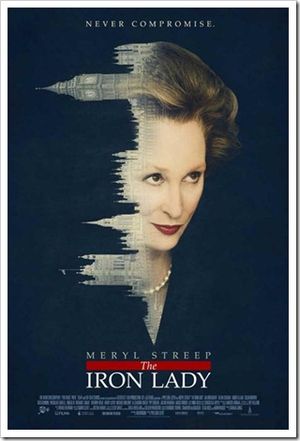 Between Clint Eastwood's J. Edgar Hoover biopic and director Phyllida Lloyd's ill-told life story of Margaret Thatcher, it might seem on the surface there's a concerted effort to lionize two of the Right's most reprehensible examples of absolute power corrupting absolutely.

On closer inspection however, each of the films reveal latent hypocrisies in their political subjects. Both movies feature iconic performances from enormously talented actors giving their all to embody tragically flawed political figures. 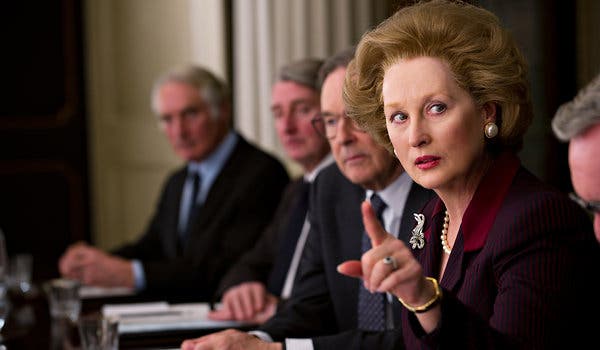 Meryl Streep makes somewhat more of a big-screen splash than Leonardo DiCaprio given that Margaret Thatcher was a higher profile public figure. Her every gesture and facial expression comes across with an astounding degree of authenticity, thanks in part to some terrific prosthetic assistance by the film’s highly skilled make-up department.

Phyllida Lloyd last directed Streep in the 2008 musical “Mamma Mia.” Here, she depends on a less than solid script by British playwright Abi Morgan, the same woman screenwriter responsible for 2011’s most overrated film “Shame.” Morgan shapes the backward gazing biopic from the perspective of a decrepit Thatcher suffering from severe bouts of dementia that allow for flashback reveries that frequently slip into a realm of the absurd. 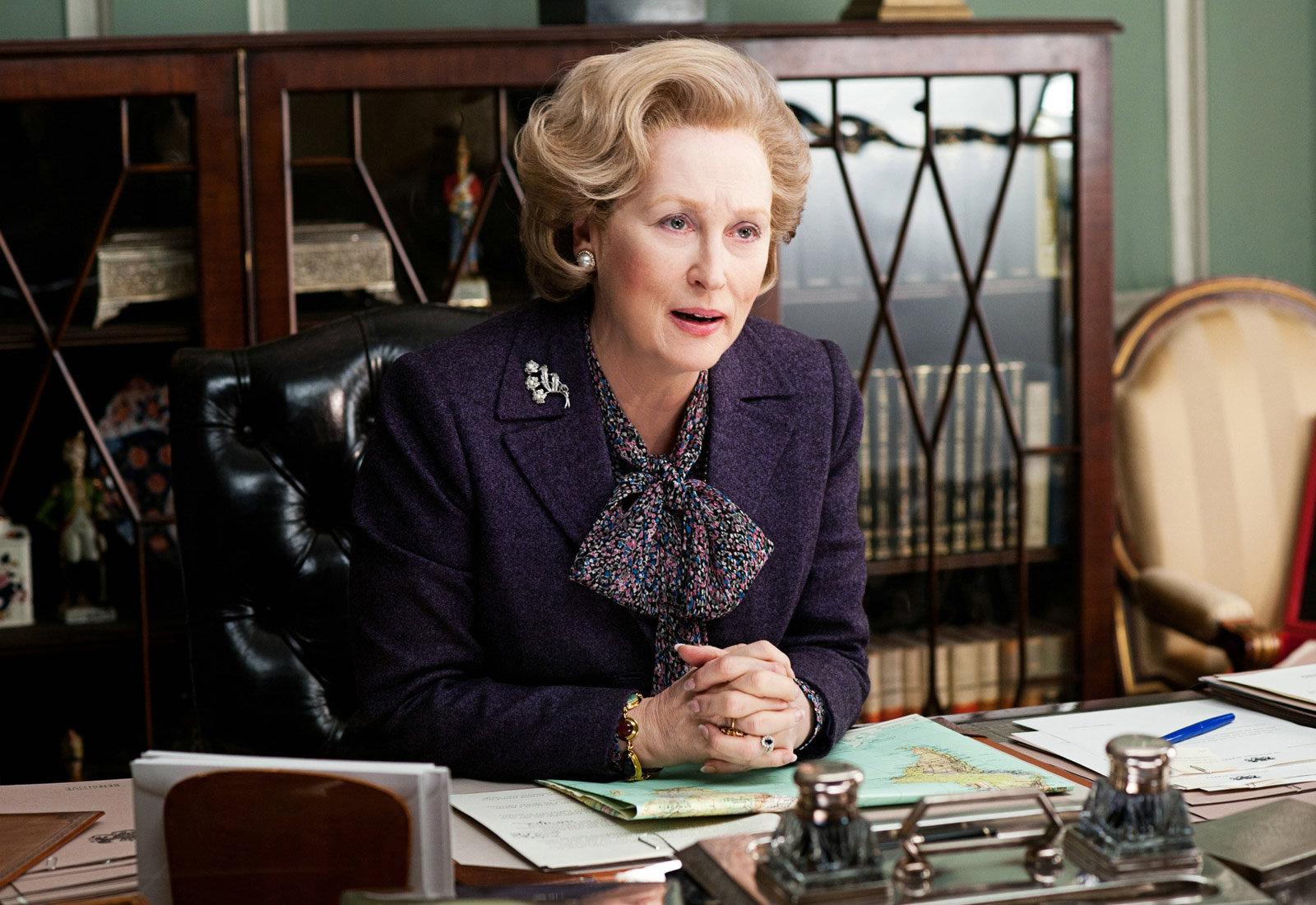 Suspended within its retired subject's senile vantage point, that constantly converses with hallucinations of her deceased husband (played by Jim Broadbent in full tweet-tweet-arf-arf mode), "The Iron Lady" quietly equates Margaret Thatcher's distorted mental state with that of Ronald Reagan's Alzheimer's disease. The obvious deduction is that she wasn’t entirely in charge of her mental faculties when she served as Prime Minister — aka “Britain’s Fighting Lady.” The film inadvertently gives a persuasive sense of how hated Margaret Thatcher was by British citizens, and by the IRA who repeatedly attempted to assassinate her. Protesters assail her in public, and bomb blasts follow her.

Unfortunately, for fear of dipping its toe into politics, the filmmakers dodge Thatcher’s public policies. Still, an emphasis on Thatcher's heavy-handed military response in the Falklands rightly paints her as a warmonger. The film goes to great lengths to present Margaret Thatcher as a hardened woman battling for her place in a man’s world with the closet weapon at hand—stubbornness. It doesn’t however make mention of crucial aspects of her formative experiences as a research chemist or as a barrister.

It's easy to come away from the movie with an idea that Margaret Thatcher was at best a penny-wise-and-pound foolish woman guilty of turning on her own kind; she was the daughter to a family of grocers. At worst, Margaret Thatcher contributed to the world's current economic collapse with a cunning brand of daring cruelty that defies logic and reason.

Not even Meryl Streep is capable of making Margaret Thatcher a likable human being in spite of the film’s doting attention to the character’s frail human dilemma. While "The Iron Lady" doesn't give Britain’s former Prime Minister anywhere near the historical justice of Elvis Costello's contemptuous ode to the Iron Lady, "Tramp the Dirt Down," it does remind us of one of the primary contributors to the world's economic crisis. History will not be kind to Margaret Thatcher.