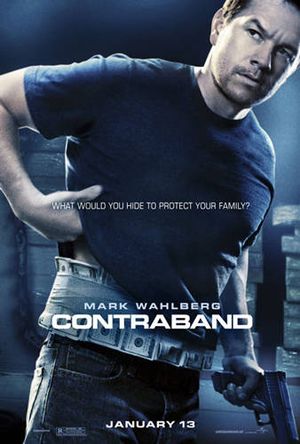 A testament to January’s reputation as the worst month for new movie releases, “Contraband” is a purely disposable crime thriller. Mark Wahlberg doesn't even bother to phone in his performance as John Bryce, an ex-smuggler who gets drawn back into the game after his brother-in-law Andy (Caleb Landry Jones) tosses overboard a shipment of drugs due to be delivered to Giovanni Ribisi's revenge-hungry gangster Tim Briggs. Rather, Wahlberg goes through the motions of earning a paycheck as if he were doing a beer commercial — Shlitz paid for a sizable portion of the film's budget. Icelandic director Baltasar Kormákur fails to improve on a truly mediocre by-committee script written by Aaron Guzikowski, Arnaldur Indriðason, Óskar Jónasson--names you won't be seeing again anytime soon. The disjointed plot takes Bryce on a cargo ship to Panama City where he plans to purchase a palate filled with counterfeit bills to sell back in the states in order to pay back Briggs. Bryce leaves his wife Kate (Kate Beckinsale) and kids in the unsteady hands of his recovering alcoholic pal Sebastian (Ben Foster). Inexplicably, Bryce takes Andy along on the voyage, thereby setting up one of the film's more dubious plot holes. 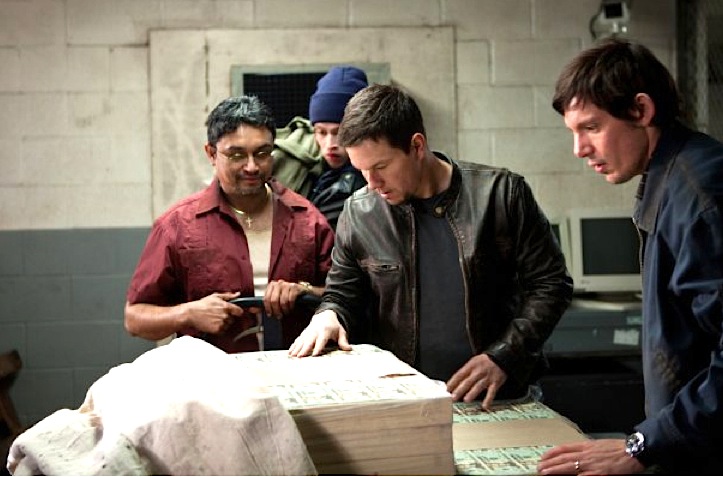 There's no comparison between a great action/espionage movie like "Mission: Impossible — Ghost Protocol" and cinematic trip such as "Contraband." To choose the latter over the former is a bad move.

Posted by Cole Smithey at 08:27:27 PM in Action/Adventure