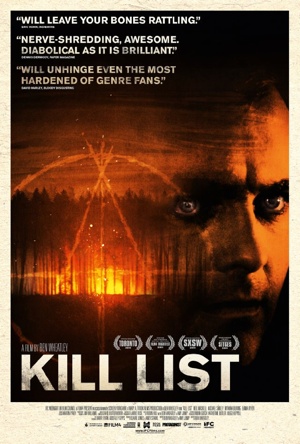 Co-writer/director Ben Wheatley obviously wants to create a hybrid form of crime cinema that's part David Lynch and part Quentin Tarantino. That the filmmaker fails with such a resounding thud with his second film is notable mainly for the undeserving praise "Kill List" has garnered from critics who should know better. To make its point, "Kill List" combines unsupported leaps of narrative logic with outrageous moments of violence smuggled into the dog-eared subgenre of the hitman-crime-thriller.

Domestic arguments fly between married duo British thug Jay (Neil Maskell) and his dishy Swedish wife Shel. Ensconced in their domestic suburban home, complete with child, the couple are suffering financial troubles since Gal committed some unknown career-halting misstep some months back. Yes, wifey knows she's married to a hired killer. Shel has a background in the Swedish military. A dinner party for Gal (Michael Smiley), Jay's former partner-in-blood-letting, and Gal's goth-princess girlfriend Fiona (Emma Fryer), gives Jay an excuse to show the kind of rough party-pooper he can be. Talk about a bad dinner guest. 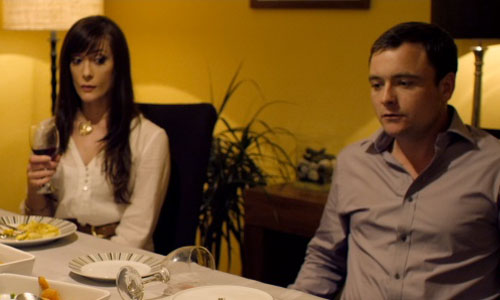 Cut to Jay and Gal taking marching orders from a local kingpin to take out a couple of ostensible baddies. These fall under screen-filling graphic titles such as "THE PRIEST" or "THE LIBRARIAN." The third, and last, name on the list brings the movie to the kind of hokey climax you'd expect from an obscure '60s-era European horror flick.

The plot holes in "Kill List" are so vast you could fit a whole different movie inside them, which leads me to advise that you accomplish the necessary result by substituting "Kill List" with any other available arthouse option.