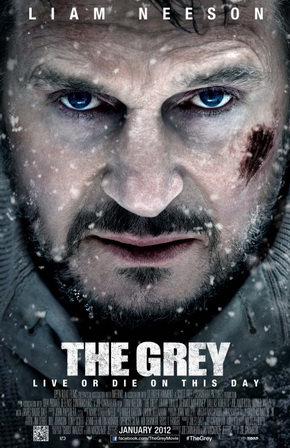 A strand of “Moby Dick” runs through director/co-writer Joe Carnahan’s wild and wooly tale of survival in the Alaskan wilderness. Like “Moby Dick” this amorphous story is an anti-narrative made up of dark encounters with nature at her cruelest. The alpha male leader of a pack of hungry wolves becomes the focal point for a group of plane-crash survivors trying to walk out of a vast snow-covered trap.

John Ottway (Liam Neeson) is an emotionally broken sharpshooter hired by an Alaskan oil company to protect its workers from bears and wolves, which attack without a moment’s notice. The ever-watchable Neeson easily fills the demands of his troubled character’s wolf-like place as the alpha to a group of flawed human males — whose number steadily diminishes.

Joe Carnahan (known for his uncompromising crime drama “Narc”) puts his audience through an episode of pure terror early in the film. After briefly contemplating suicide outside a rowdy oil refinery bar, John Ottway treasures memories of his eloigned wife while riding a private airplane carrying oil workers. Jolts of vomit-inducing turbulence rattle the passengers’ quickly fraying nerves. Just as Ottway falls asleep the plane goes into a fuselage-ripping plunge. Gravity and velocity become monsters of colossal fury. Luggage and bodies are suspended in midair in one of the most spectacular plane crash scenes ever filmed. The effect is truly terrifying. 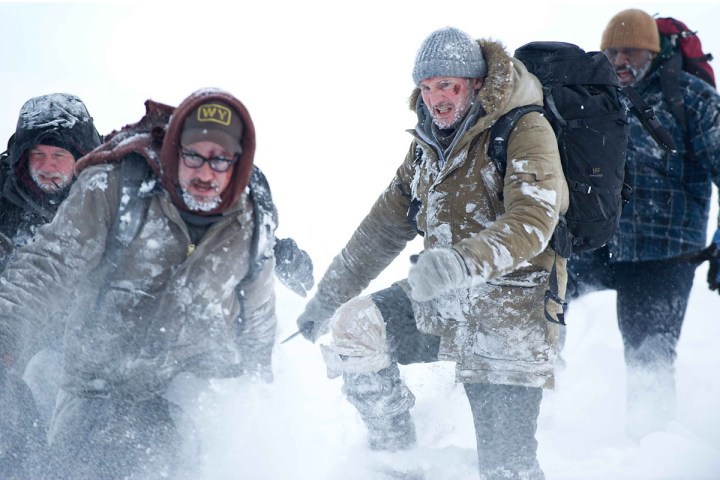 Don’t look for “The Grey” to be shown as an in-flight movie. The cinematic experience is as close to the reality of enduring an actual plane crash as you’d ever want to get. Miraculously there are survivors amid the strewn luggage, twisted bits of metal, and bloody body parts which corrupt an otherwise peaceful expanse of snow-covered ground. Awakening from one nightmare into another, eight shocked men begin to pick up items of clothing and supplies they desperately need to go on living. Ottway thinks to collect the wallets of the corpses, to return to their family members should the opportunity arise. 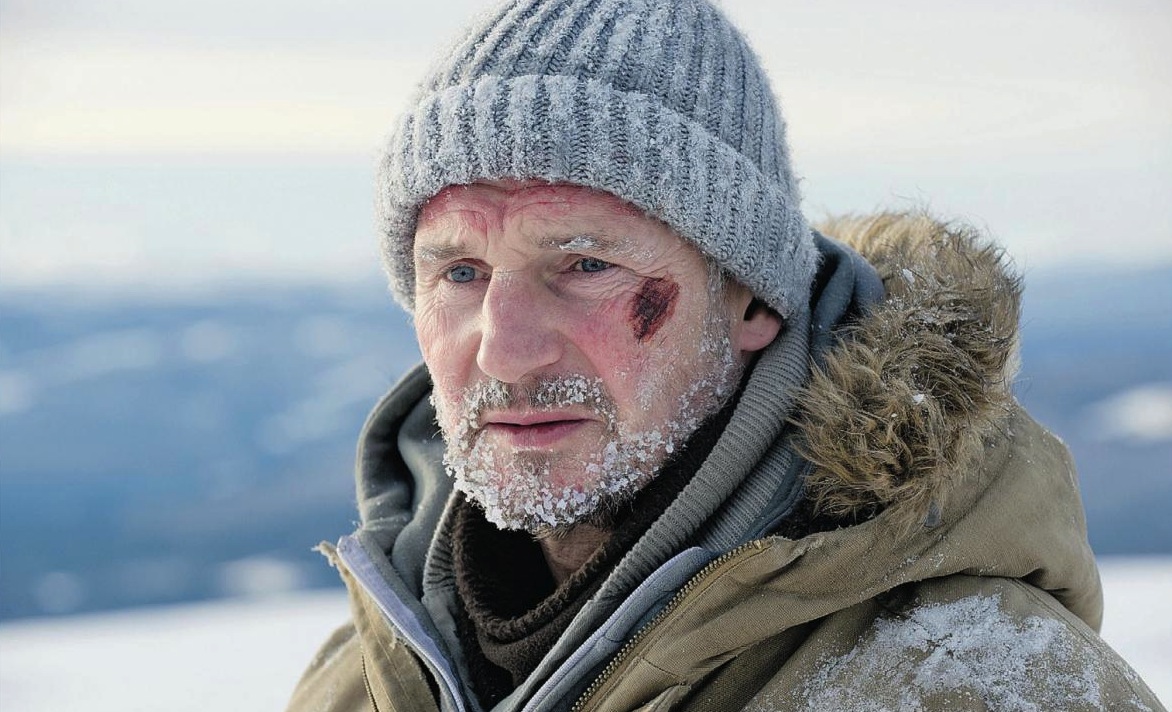 The assembly of blue-collar roughnecks runs the gambit. Diaz (Frank Grillo) is a tattooed ex-con whose personal insecurities threaten to undermine Ottway’s obvious status as the group leader. Ottway’s uses his thorough knowledge of wolf pack mentality and behavior to counsel the group to quickly abandon the crash site in favor of shelter above the area’s distant tree line. The wolves, Ottway believes, are more interested in protecting their territory than hunting down the men as food. Stormy whiteout conditions threaten to bury the men in a 40-below-zero grave of snow.

Violent encounters between the wolves and their human prey allows Carnahan to dig deep into his bag of action tricks. Blood flies through the air like freezing mists of tempered humidity. The confident helmer displays a greater kinship to Sam Peckinpah’s muscular approach to cinema than any other filmmaker working today. Every gutsy action scene is crafted with gritty detail and a muscular unpredictability that dares the audience to guess where it will end up. Punch-drunk suspense sets in as the film’s subtext of thematic discourse about subjects ranging from self-deception to religious belief to what it takes to be a man get bandied about. Cinematographer Masanobu Takayanagi (“Warrior”) lends his keen eye for magnificent compositions to expertly contextualize the men’s excruciating journey of inexorable attrition.

“The Grey” is an old-fashioned survival movie in the vein of John Huston’s 1956 version of the Melville classic. The glory of the adventure comes from what lies buried deep within the psyches of its personalities, and branded in their facial expressions. John Ottway remembers the only poem his stoic father ever wrote as it hung framed on a wall in his dad’s study.

Watch this movie to discern the poem’s meaning for the wealth of import Carnahan and his filmmaking cohorts intend. 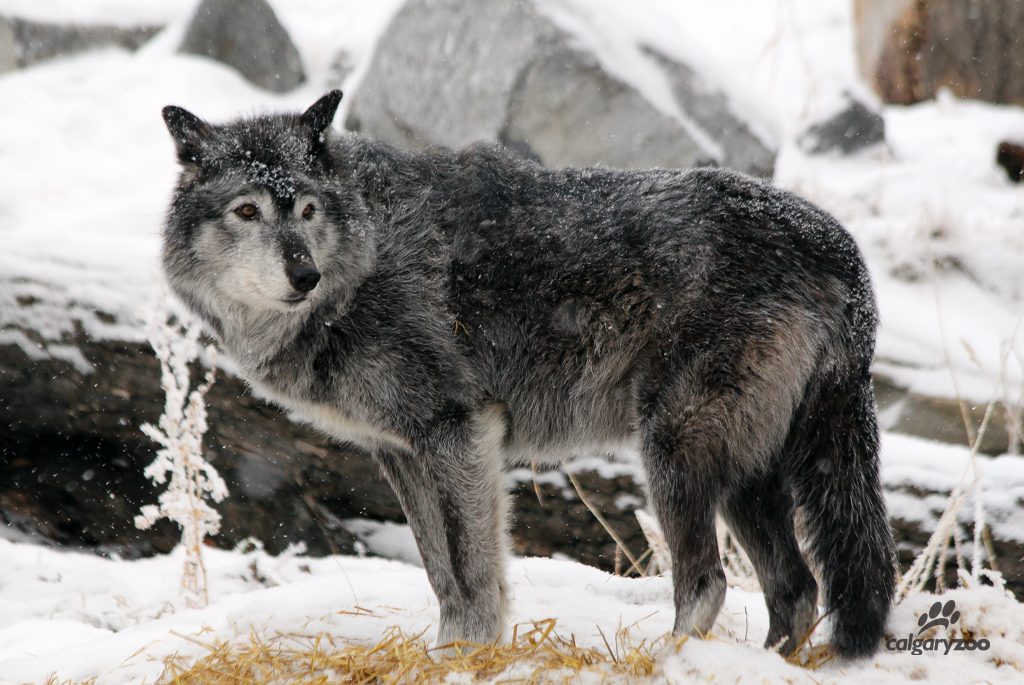 Posted by Cole Smithey at 01:45:40 AM in Action/Adventure, Anti-Narrative