Save the Trees
Ecology Politics For Kids
By Cole Smithey 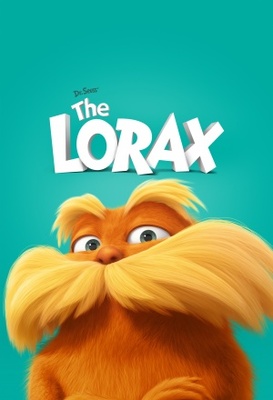 “Welcome to Thneedville, a city they say that was plastic and fake. And they liked it that way! No nature, no flowers. No one seemed to mind. But a secret was waiting for someone to find.”

Pro-ecology agitprop has rarely if ever been so eloquently expressed as in Dr. Seuss’ 1971 story. Funnyman Danny DeVito is the voice of a mystical orange creature called the Lorax from Dr. Seuss’ popular children’s book. The Lorax is the protector of the “Truffula Trees” that once populated a lush countryside teeming with wildlife. 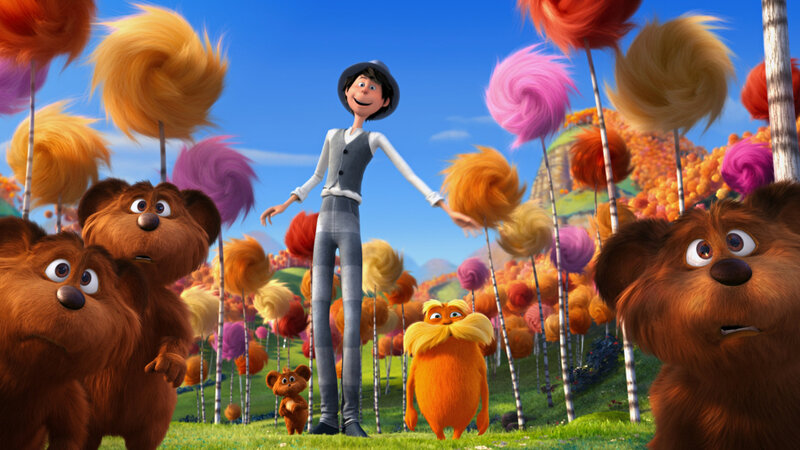 Inspired by the wishes of a cute girl named Audrey (voiced by Taylor Swift), 12-year-old Ted (Zac Efron) goes off in search for a “real, living tree." Yes, a tree. It seems that the town where Ted lives has forgotten all about nature. You won’t find a spot of soil anywhere. Only a strange hermit called the Once-ler living beyond the city limits can help Ted restore trees to his all-fake town. Delivering one of the Lorax’s special trees might just be what it takes to win Audrey’s heart. 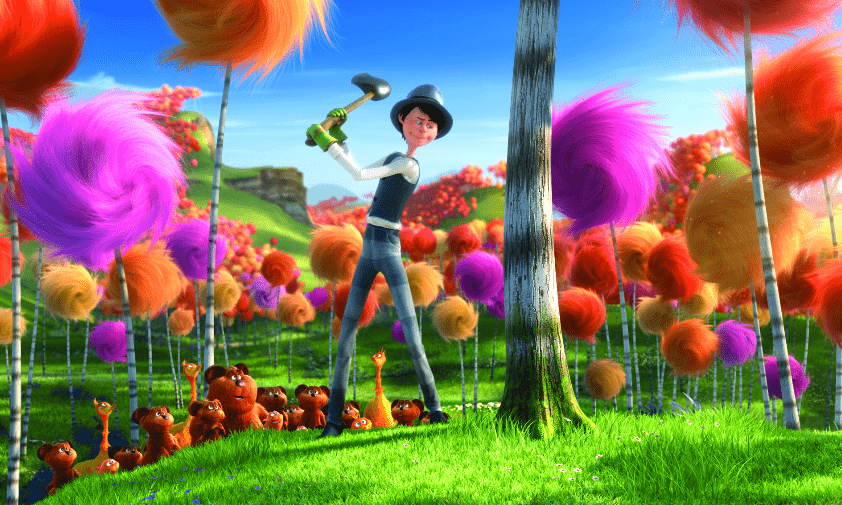 Beautifully animated and performed, “Dr. Seuss’ The Lorax” fulfills yet another pitch-perfect filmic rendering of a children’s classic by the late Theodor Geisel—one of the most prolific and gifted authors of children’s stories. While the film’s 3D effects are largely extraneous, the movie breezes along like a Swiss watch with a sweeping second hand. 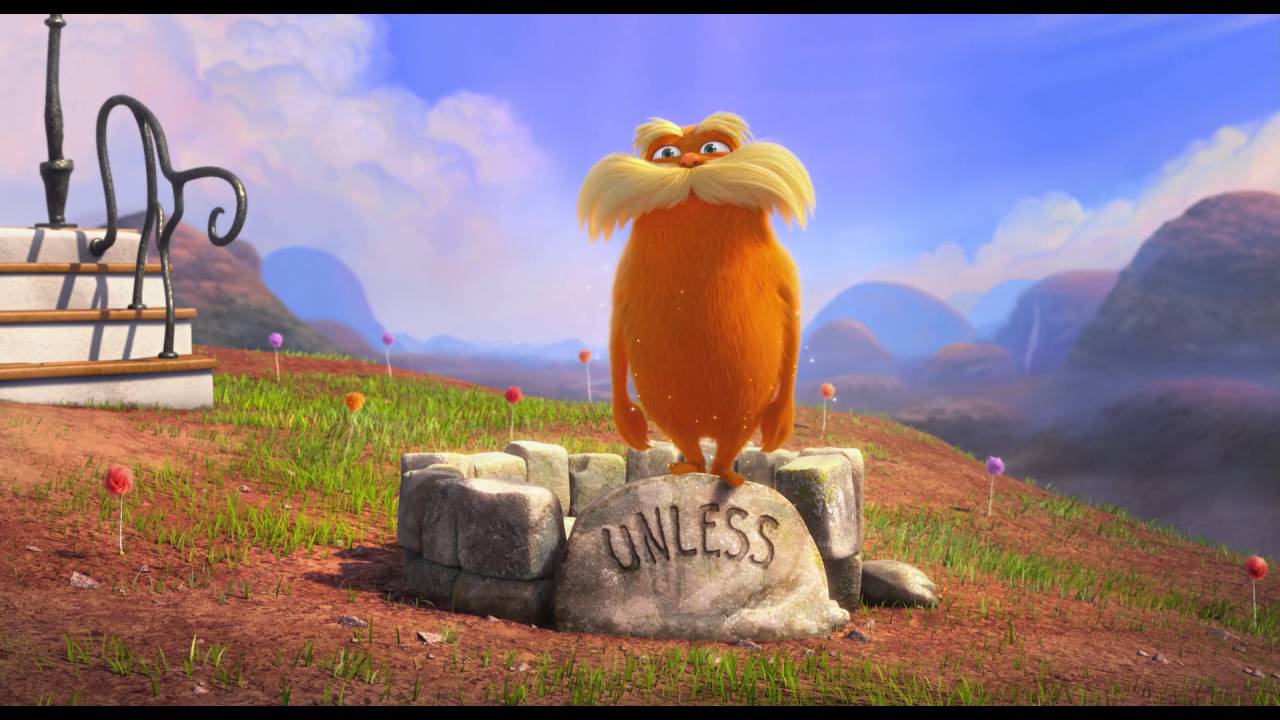 Most significantly, the apocalyptic tale makes a point of inspiring young people to take an interest in protecting trees and planting more. This is call-to-arms-cinema at its best. The logging industry won’t find much funny about this terrific children’s movie, but kids will enjoy it immensely. It’s refreshing to see such an exquisitely devised piece of anti-commercial, anti-capitalist narrative put forth in the interest of a humanitarian ideal. This is healthy animated cinema for children.

The film has caught flack from rightwing pundits such as Lou Dobbs who damns the movie—and de facto Geisel’s 30-year-old-book — as “leftist propaganda” meant to indoctrinate young people into becoming eco-terrorists. Forget about the fact that nearly all children’s books are geared toward teachable lessons children can interpret for their own good. It’s fascinating that any kind of responsible ethical stance toward ecological issues is branded as a “leftist” ideal. If that’s the case, then so be it — the 99% of Americans who think it better to have forests than desolate miles of scorched earth are “leftist” humanitarians. They’re certainly not the greedy selfish carpet-bagging industrialists represented by the Once-ler in “The Lorax.”

Personally, I’d much sooner align myself with a genius like Theodor Geisel. It’s just funny that Dr. Seuss’ clearly stated theme that trees are good and blind industrialism is bad is considered a controversial idea in 2012. I suppose Dr. Seuss really was ahead of his time.