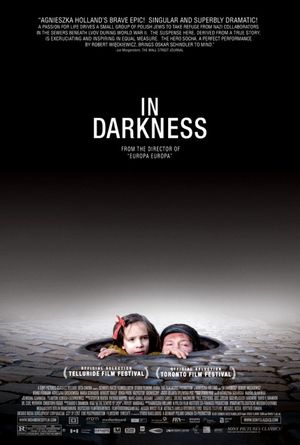 Agnieszka Holland’s unforgettable adaptation of Robert Marshall’s non-fiction book “In the Sewers of Lvov” tells the story of a group of Polish Jews who hid for months underground from the Nazis. That a duo of Polish sewer inspectors, who aid the desperate Jewish refugees, act foremost as extortionists adds of the many thematic shades of grey Holland explores. 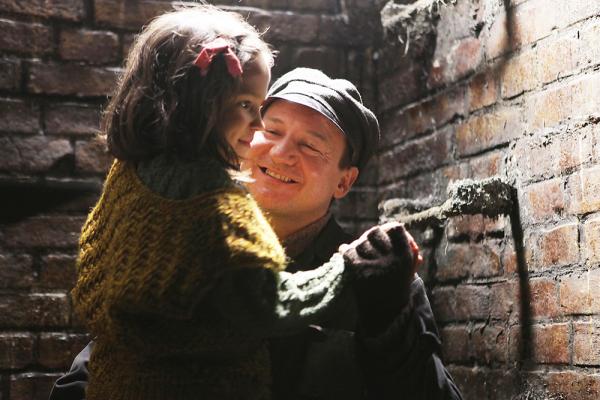 For all of the filmmaker’s apt efforts at bringing realism to the film’s labyrinthine sewer environment, the film struggles to establish a clear protagonist. Sewer inspector Poldek Socha (Robert Wieckiewicz) gradually learns to sacrifice in order to help the de facto prisoners, rather than profit from their dilemma. Still, the character is no position to convey the story’s complex themes of survival under dire conditions. The Jewish group’s leader Mundek (Benno Furmann) shoulders his burden of responsibilities with emotionally poker-faced resolve that pays off during a suspenseful encounter with a Nazi soldier. Still, Benno Furmann comes across as too pristine an actor for the role. 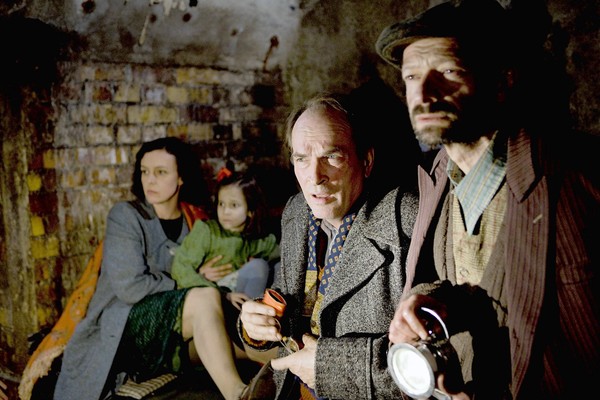 Holland utilizes sexual encounters between the demoralized Jewish victims to express a persistent thread of humanity that endures regardless of external dangers. The encounters serve as flashes of light in a story with very little of it.