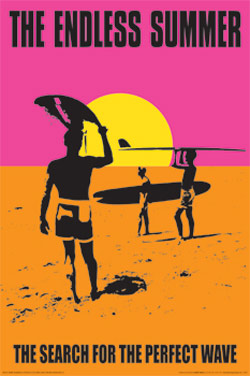 Surf documentarian Bruce Brown invented the form. The self-taught filmmaker had already made six movies about surfing—with names like “Slippery When Wet” and “Water-Logged”—when he completed “The Endless Summer” in 1966. Although you could hardly call Brown’s quirky narrative style “polished,” he stamped surf culture with an infectious wide-eyed regard that made him an ideal ambassador for the then-unrecognized sport. His sensitive filmmaking efforts served as a direct retort against attempts in the media to paint surfing with a pejorative brush. 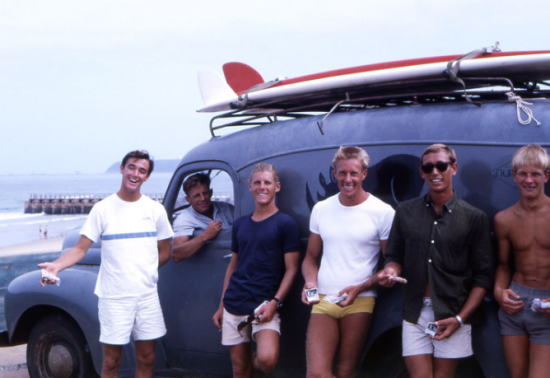 As its evocative title suggests, the conceit of the film is to skirt the other annual seasons by travelling around the world to whichever surf spot seems most promising, and warm. For his glob-trotting project, Brown chose two of surfing’s cleanest cut envoys, Mike Hynson and Robert August—longboard surfers with charisma to spare. Hynson, with his slicked back blonde hair and slight build, and August with his easy-going demeanor, come across as ideal travel companions for the journey. Dressed in natty black suits and skinny black ties, Hynson and August step gingerly off airplanes in Africa, Australia, New Zealand, Tahiti, and Hawaii to sample regional shoreline breaks, some of which had never been surfed before their arrival. 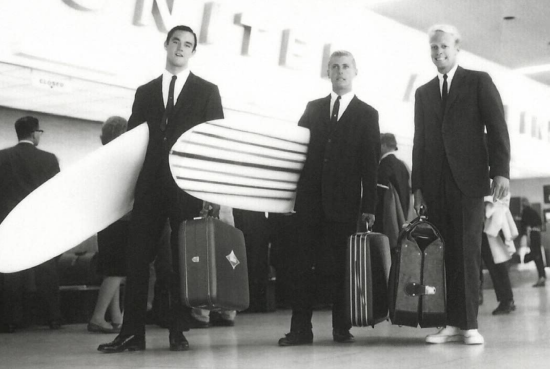 Lugging their longboards thousands of miles to various potential surf spots allows Brown ample opportunity for his unique brand of colorful editorial narration about the experience at hand. Brown jokes that each wave the boys catch in Dakar Senegal, West Africa costs them about “$9.95” when taking into account how much they’re spending to stay at their hotel. Brown’s detailed descriptions of waves, riding styles, and surfing conditions make up much of the energetic stream-of-conscious monologue that carries along the formless narrative. 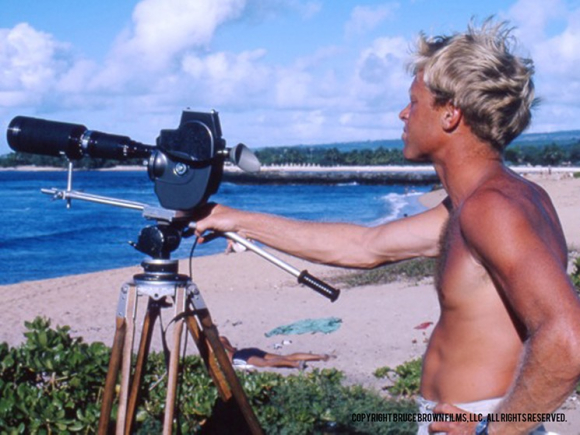 Peppering his language with surf vernacular about being “stoked,” Brown guides the audience into the mindset of his athletic subjects. We never hear a word spoken by Hynson or August, whose thoughts are filtered through Brown’s hyper verbal interpretation, albeit with the aid of a great surf-rock soundtrack — courtesy of The Sandals. 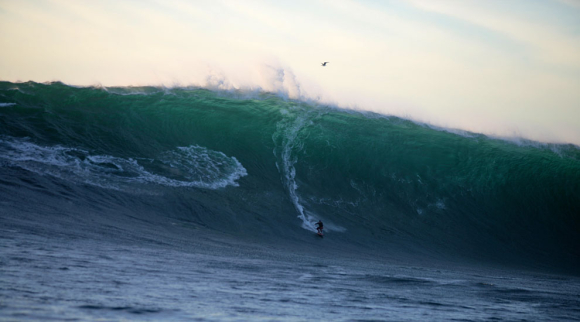 Brown exhibited a flair for independent film promotion by renting out a Manhattan cinema where “The Endless Summer” had a successful run that lasted for a year. The film is an invaluable time capsule of surfing and cultural significance. If it still occurs as the ultimate example of a vacation-as-vocation movie, then so much the better. Indeed, it has inspired generations of youths to go on personal quests for the perfect wave on foreign beaches ever since.