THE SECRET WORLD OF AREIETTY 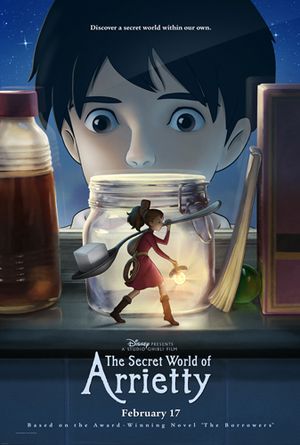 This is a fairytale is about a tiny family of three “borrowers” living beneath the floorboards of a suburban Tokyo home. Light and perspective are put to dynamic use in emphasizing the scale of 13-year-old Arrietty’s miniature world she shares with her stoic father Pod (voiced by Will Arnett) and worrywart mother (voiced by Amy Poehler). The historic family home sits in a secluded setting teeming with foliage, birds, and insects. A powerful sequence of violent spectacle involves a crow getting stuck in a window screen. Black feathers fly with a fury that matches the trapped bird’s desperate shrieks. 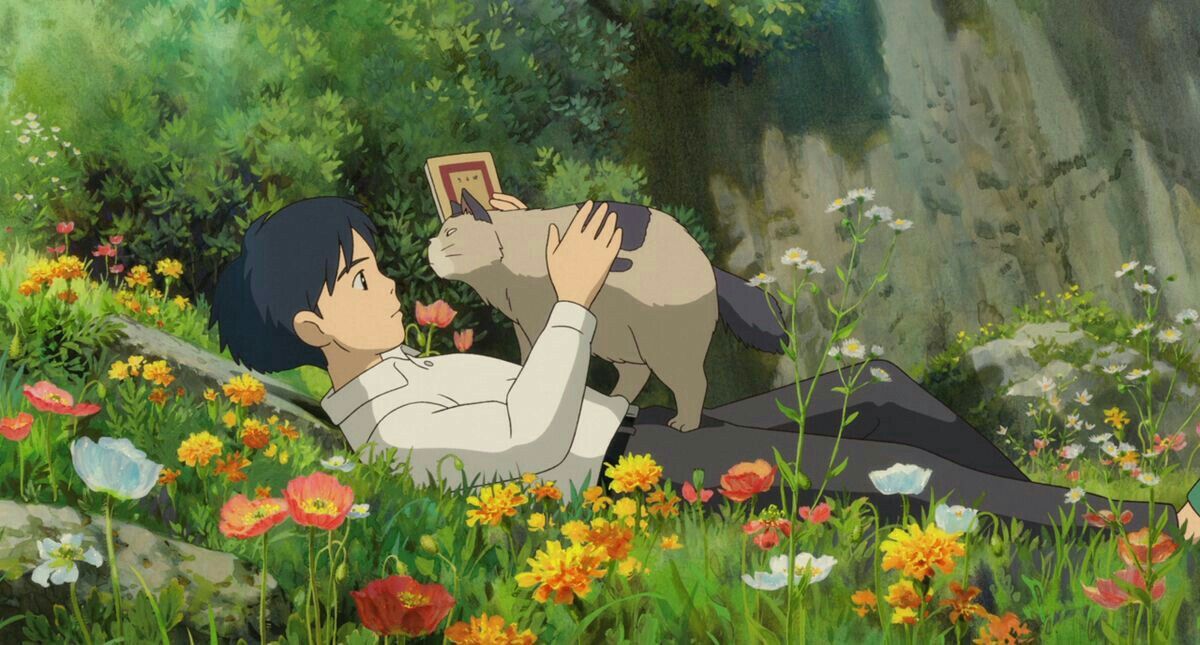 The animators lean more toward realism than not. A cantankerous plump cat roams the grounds with a particular curiosity about the borrowers he instinctually senses are lurking about. Unbeknownst to the small family, a young human boy named Shawn (David Henry) arrives to stay at his grandmother’s house in preparation for an operation. Shawn’s days could be numbered. During Arrietty’s maiden borrowing expedition with her dad — to obtain a cube of sugar and piece of tissue paper — Shawn sees her, as he lies wide-eyed in his bed. The house-climbing escapade allows the animators to demonstrate some vibrant flourishes of action, as when Arrietty boldly fends off a cockroach bigger than she is. The animators’ cinematic approach expands on Morton’s source material with captivating results. 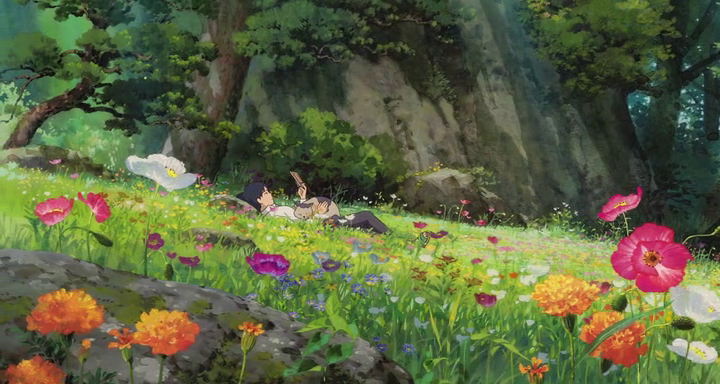 “Once a borrower has been seen, the human's curiosity can't be stopped.” Pod’s ominous warning to Arrietty doesn’t prevent her from entering into a courtly friendship with the mild mannered Shawn. The film’s primary source of suspense comes from housekeeper Hara (wonderfully voiced by Carol Burnett). Meddlesome Hara has heard stories of the borrowers from the family whose passing generations have occupied the home. She conducts an intrusive quest to prove her belief once and for all.

From a thematic viewpoint the story is about the ability of second-class citizens to squeak out a living under the noses of the very wealthy. When the affluent have so much that removing something so small as a sugar cube hardly constitutes stealing, it raises questions about the responsibility of the upper class to support those less fortunate. Arrietty’s condition as an only child leaves her vulnerable to needing interaction with another child, however temporary that encounter might be. When she finally meets a borrower boy — named Spiller — he is an inarticulate primitive. Arrietty’s worthy aspirations to rise above her social class are clearly founded on her ability to connect with the human world that the benevolent Shawn navigates with difficulty due to his own physical limitations. 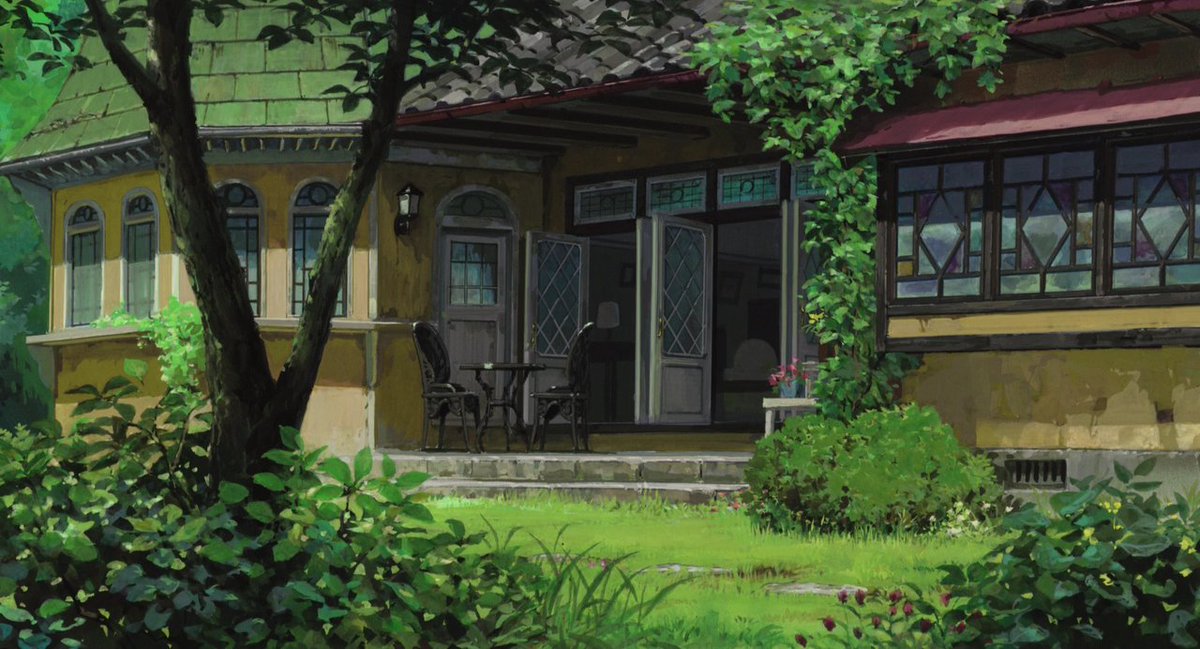 “The Secret World of Arrietty” is a well-balanced children’s fairytale that gains from its multicultural influences. Cecile Corbel’s contributions of nuanced harp-and-vocal renditions of poems written by the director add layers of musical texture filled with passion. Prepare to be charmed.