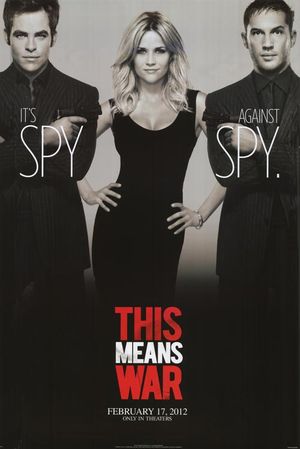 Daft competitive seduction is at the heart of this scattershot romantic comedy that veers woefully into uncultivated screwball territory. The movie tries too hard to titillate perceived notions of what both sexes of audience members might expect from a love story where two males with a military arsenal compete for the affection of a woman who is more shrew than honeypot. Said audiences are more likely to be amorously anesthetized by director McG’s jarring quick-cut spasms of explosions than coerced into feeling any emotional sensation.

A skyscraper penthouse — complete with helicopter landing pad — supplies the film’s opening shoot-em-up action sequence. Best friend CIA agents FDR (Chris Pine) and Tuck (Tom Hardy) bungle their assignment to capture a Russian kingpin who makes a remarkable escape from the incredibly high rooftop. The tone here is all gloss with no tooth.

Cinema’s latest do-it-all-action-star Tom Hardy (“Warrior”) slums it. Situated opposite relative newcomer Chris Pine (“Star Trek”), Hardy consumes all the oxygen in the room whenever the two CIA partners share a scene. Their characters are single playboys whose lavish bachelor lifestyles are the product of a fetishistic male fantasy dreamt up by a committee of aging frat boy screenwriters. Simon Kinberg (“Mr. and Mrs. Smith”) and Timothy Dowling struggle with a story by newbie writer Marcus Gautesen. 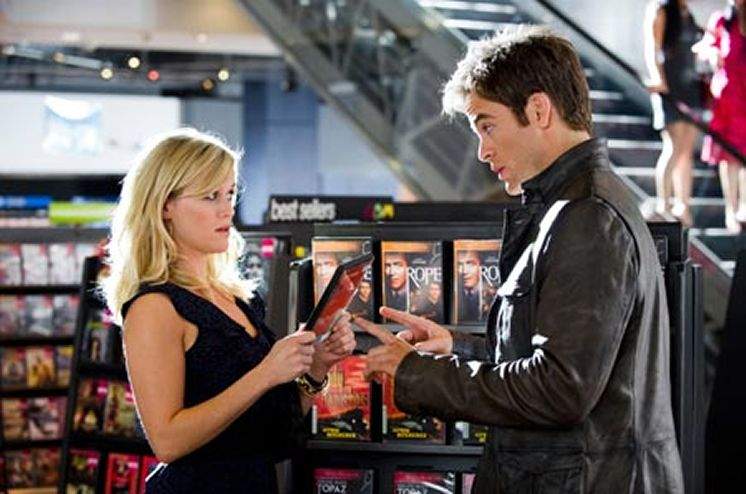 Tuck is separated from his wife. He has a seven-year-old son whom he takes to martial arts class. With three vintage motorcycles and room to free spar with his trainer in his posh living room, Tuck doesn’t seem to mind the single life. FDR lives in a lux pad with a lap-pool glass ceiling in his hallway from which he can watch the underside of untold females swimming the breaststroke. If working as an underhanded CIA agent paid this well there would be a permanent chain of males stretching twice around D.C.’s National Mall trying to get hired.

An idea for online dating opens up Tuck to a plethora of romantic options that immediately narrow down to Reese Witherspoon’s Lauren Scott. She’s a stereotype of blonde Los Angeles womanhood who runs her own business and likes to prance around her apartment singing to out of date rap songs — witness a cringe-inducing sing-along to Montell Jordan’s “This Is How We Do it.” Lauren’s, and the film’s, only redeeming quality is her irreverently saucy best friend Trish (exuberantly played by Chelsea Handler). If only the screenwriters had given the lusty Trish entree into the romantic fray, the movie might have had a chance. Even swapping Handler to play the lead, with Witherspoon as the supportive best friend, would have given the movie some umph where it needed it most. One thing’s certain; Chelsea Handler is primed for a leading comedic role in a film with a better script.

There’s no telling how much better the movie would have been if all of Handlers original scenes had been left in. The filmmakers cut some her bawdier dialogue to convince the MPAA to downgrade the film from an R to a PG-13 rating. Downgrade: check. 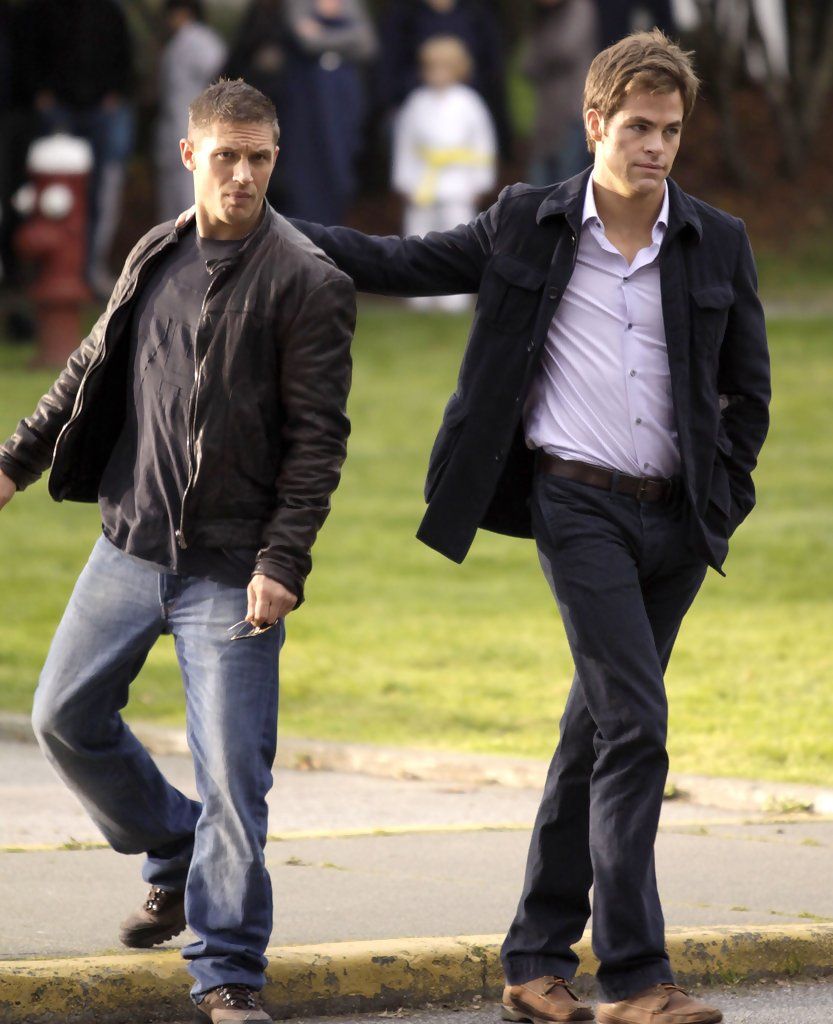 Love-at-first-sight occurs between Tuck and Lauren on their initial date. That doesn’t prevent Lauren’s wandering eye from catching FDR’s attention when the two bump into one another in a video rental store mere steps from where she just ended her brief meet cute with Tuck. Choosing to play her options, Lauren dates both men. The CIA partners apprehend the emotionally charged situation. They agree to refrain from sexual conduct while allowing Lauren to choose the best man for her. Let the best, or most motivated, man win. 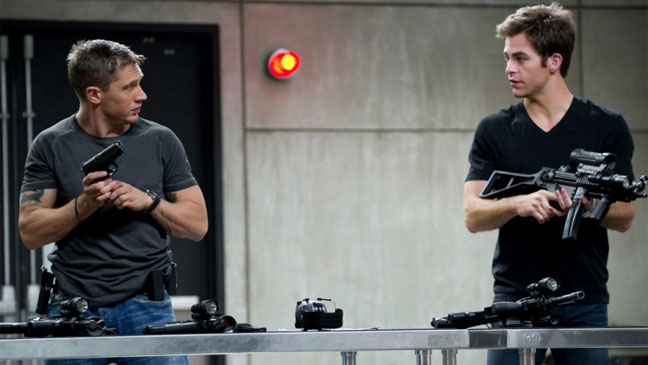 A series of increasingly sloppy dates finds Tuck and FDR using their CIA surveillance resources to follow each other’s romantic efforts with Lauren. They also spy on Lauren to discern how best to mollify her personal tastes, which include a love of Gustav Klimt and a soft spot for doggies. The men act appropriately as sycophantic puppies whose idea of leading a romance means pandering to Lauren’s fairly shallow interests. This is fifth grade romance at its most heavily armed. Considering the film’s association to the superior, but still dismal, “Mr. and Mrs. Smith,” “This Means War” is doomed from the start. It’s another example of everything wrong with Hollywood. January and February are always the worst months of the year for new releases. This dog just confirms the maxim.