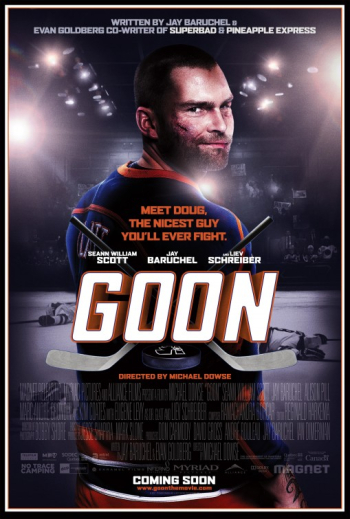 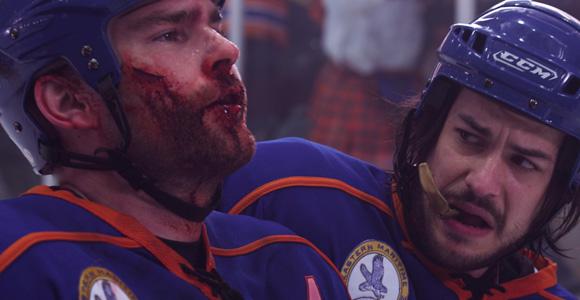 Seann William Scott is well cast as Doug Glatt, a bar bouncer whose overachieving family members look down on him as a doomed loser. Beside his innocent charm, Doug’s main gift is a knack for using his fists. His punching skills get noticed at a hockey game where Doug and his sharp-tongued best friend Ryan (Jay Baruchel) attract the unwanted attention of a player who wades into the stands to pummel the pair of goofs for heckling. Doug makes short work of the player's face. An invitation the next day from the coach for the Halifax Highlanders gives Doug an opportunity to work on the ice as an enforcer. Doug takes to his new occupation, as a faux hockey player, body and soul.

Although he can barely stand in a pair of skates, Doug embraces team life with a passion. His new job title allows Doug sway with Eva (comically played by Allison Pill), a self-proclaimed bad-girl with a weakness for hockey players. A serial cheater, Eva dates Doug in spite of her preppy live-in boyfriend.

Liev Schreiber brings a hilariously brooding dimension to the procedings as Ross Rhea, a veteran hockey enforcer with one sure path to facing off against his biggest fan, Doug Glatt. “Goon” does a good job of staying true to its emotionally genuine foundation. Doug and Ryan are instantly recognizable as amiable guys who would be a blast to hang out with. Their sense of humor has a comfortable familiarity about it. 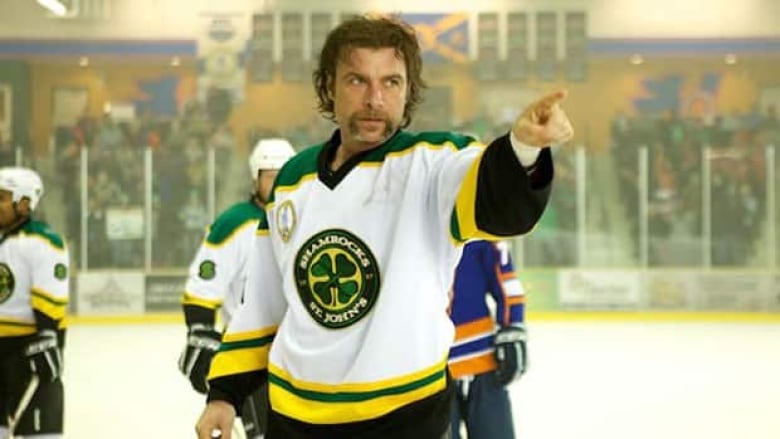 The screwball violence that occurs is handled with kindness by filmmakers who never allow any twinge of meanness to violate the comedy. Add to that a couple of charming character transformations in the name of love, and you’ve got a winning sports-comedy with a romantic twist.