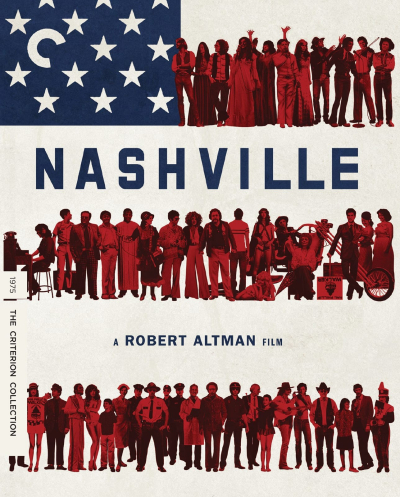 In 1975 Robert Altman painted filmic satire on a grand scale with "Nashville." That he did so with no fewer than 25 main characters defies conventional wisdom regarding the depth of personalities possible in a movie structure. Here, drama and comedy blend in a hyped up neo-realistic environment that flirts with a carnival atmosphere. 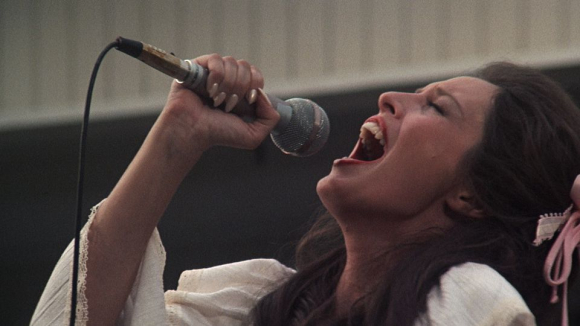 A constant barrage of Nashville-inspired music—most of it written by Altman’s actors for the film—holds together a cesspool community of transitory Americana wannabes and could-bes, tourists, journalists, and country music musicians. Elliot Gould and Julie Christie play themselves in quirky cameos. Jeff Goldblum is tossed in for good measure as a chopper-riding magician who never says a word. Scott Glen’s Pfc. Glenn Kelly is a soldier visiting Nashville to look after the ailing country music singer whose life his mother saved many years ago.

By exploring the humble and not so humble aspirations of his wonder-wheel of ensemble cast members, Altman expresses an organic cross-section of American mentality—dimples, warts, and all. Rather than subscribe to any stereotypes Altman has his actors create their own archetypes. The effect is absurdly seductive. Still, that’s not to say that real-life country music stars such as Loretta Lynn don’t inform certain characters, such as Ronnie Blakely’s fragile country singer Barbara Jean.

A highway pile-up, caused by a boat falling off a car trailer, introduces the hydra-like story with a touch of slapstick humor. Henry Gibson’s country music star Haven Hamilton sings with sincerity a patriotic song reinforcing his idea that America must be “doin’ something right to last 200 years.”

A Presidential candidate’s campaign interrupts the hopscotching narrative with monologue clips. The brief political messages reverberate off the personal stories of failure and success that percolate throughout the movie. Candidate Hal Phillip Walker represents the “Replacement Party” whose values includes battling big oil companies, eliminating subsidies to farmers, taxing the churches, abolishing the electoral college, and removing lawyers from government—especially from Congress.

Coming on the heels of the Watergate scandal that cost Richard Nixon his presidency, Altman captures a rich assortment of willful ignorance, cynicism, optimism, and opportunism that was prevalent in Nashville at the time. Altman’s prolific ability to capture cultural and emotional scope is enhanced by his keen eye for angles and ear for truth.