In spite of director Roger Donaldson's respectable pedigree (he directed such winners as "Thirteen Days" and "The World's Fastest Indian”) everything about "Seeking Justice" screams B movie.

From its crude plot to stiff performances from Nicholas Cage and Guy Pierce, the movie stumbles around like a drunk trying to hail a cab in the rain. Newbie screenwriter Robert Tannen is largely to blame.

New Orleans high school teacher Will Gerard gets pulled into a vortex of criminal conspiracy after his cello-playing wife Laura (January Jones) gets raped on her way home one night. A hospital waiting-room proposition from a mysterious character named Simon (Guy Pearce) entices Will to discreetly condone the murder of his wife’s assailant. In return, he will be called upon to do an unstated favor for Simon’s vigilante group. 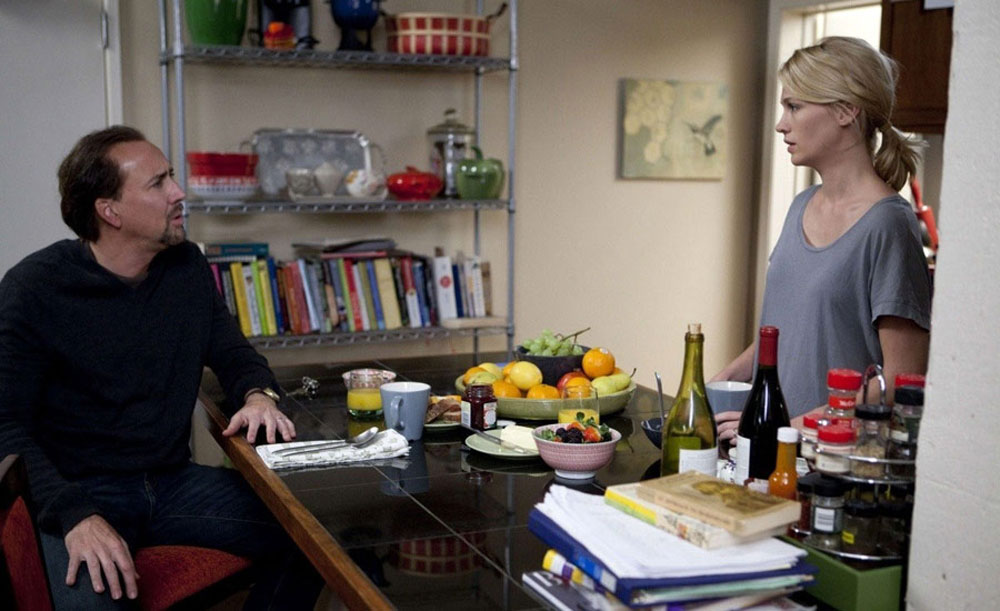 After his wife’s attacker is duly put on ice Will gets cold feet about wanting to carry out Simon’s assignment — to take out an alleged pedophile. Here’s a film that wants to have its cake and eat it too. Vigilantism is okay until it’s shown to connect to a web of corruption. The once personalized story loses all sense of empathy as it lurches toward a conspiracy theory subplot that comes off as a bait and switch to the initial storyline.

The death of a journalist working to uncover the political connections of Simon’s little kill club occurs with hardly any narrative impact because the screenwriter takes no pains to introduce the character. These aren’t small oversights; these kinds of plot-holes should come with a low-clearance warning. 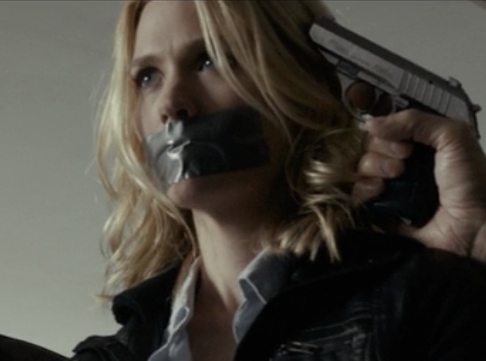 During cinema’s golden decade (the ‘70s) the vigilante genre came about as a result of Blaxploitation cinema where an anti-hero private detective like John Shaft could rule the streets by his own laws. In “Death Wish” (1974) Charles Bronson was a stoic everyman who avenged his wife’s murder with a white rage that foreshadowed the infamous Bernhard Goetz incident in which he shot four youths attempting to mug him on a subway car three days before Christmas in 1984.

In 2012—according to “Seeking Justice — vigilante heroism is the province of an underground group of radical right-wingers who could just as easily be working under imagined direction from Vladimir Putin or Barak Obama. Killing bad guys isn’t the point. It’s the culture of killing that needs to be maintained. People should be killed. Simon’s organization is little more than a privatized company of military contractors who have devised a way to use cat’s paws to do their dirty work, just so long as those body bags get filled. One of the film’s greatest flaws is that the filmmakers don’t bother to explore the gritty details of the group’s ideologies or meetings. The audience can’t have a dog in the race because we can barely tell whose side we should be on. “Seeking Justice” does the city of New Orleans no favors in couching the Crescent City as a bastion of politically condoned venality. Beyond a couple of moderately entertaining chase scenes the movie is flimsy to a fault. Nicholas Cage has sullied his name to a point where his appearance on a film poster reads like a skull-and-crossbones. What a waste.