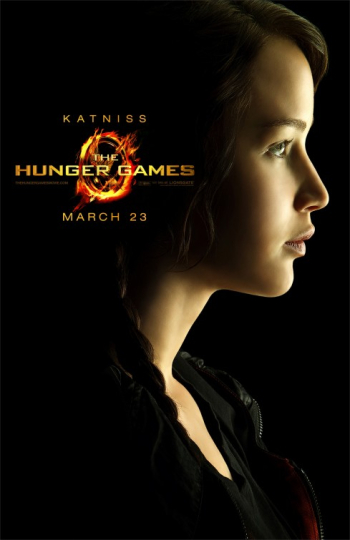 However true to Suzanne Collins’s popular young adult novel, Gary Ross’s filmic adaptation of “The Hunger Games” is a dystopian thriller that falls flat — really flat. Forget that Collins herself co-wrote the screenplay with director Ross and another screenwriter.

A puzzling pre-roll explains that society is being punished for an “uprising” that set off a war related to a redesigned America consisting of 13 Districts; the new country is called Panem.

For the last seventy-odd years, there has been an annual competition wherein each district selects a “tribute” of a young man and a woman (aged 12 to 18) to fight to the death in a computer-rigged environment. The games serve as a ritual reminder of the overpowering military might that looks down on its citizens from above. Think “Rolllerball” (1975) without the scathing social and political commentary. As a dystopian story, “The Hunger Games” is underdeveloped at best. 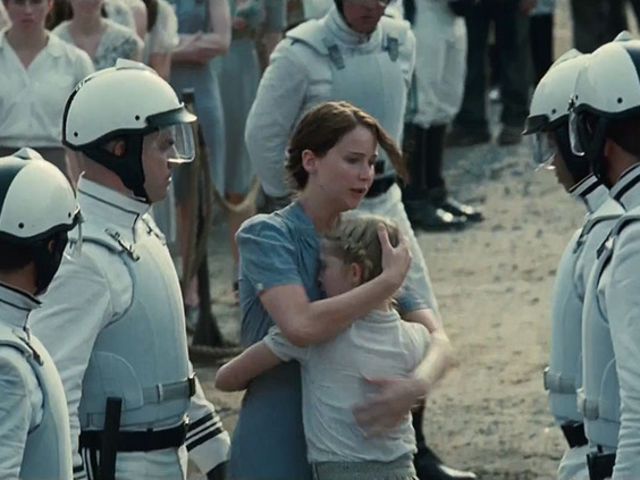 A shuffled backstory involving an impoverished coal mining community in District 12 introduces Jennifer Lawrence’s destitute character with the cringe-inducing name of “Katniss” Everdeen. The hokey name is like a cross between Candice and Catnip. Katniss uses her advanced archery skills to illegally bring home game for her mother and younger sister Prim (Willow Shields) to share. She likes to go hunting with her boyfriend. Naturally, Katniss is the better hunter. Happily, there’s no sign of any devastation from global warming in the lush forest where she hunts. The action begins in earnest after Prim is chosen at a public raffle — called the “reaping” — to participate in the Hunger Games. Katniss steps forward to offer herself up as a volunteer tribute in Prim's stead. She’s assigned a mentor who comes in the guise of one severely miscast Woody Harrelson playing Haymitch Abernathy. “Make people like you” is the message Haymitch stresses to Katniss in preparation for her appearance on Cesar’s well-attended entertainment show. The “like” precept hangs in the air over the proceedings like a bad joke. Perhaps the author was spending too much time on Facebook when she wrote the story. Only by getting the masses to like her can Katniss hope to secure sponsors that will help support her cause during the kill-or-be-killed competition. The winner is awarded with unlimited wealth.

Slack pacing, poorly developed subplots, shabby camerawork, and miscasting dog the movie. Incongruous tonal shifts disguise more than elucidate a bloated story with subversive aspirations it can’t fulfill. For all of Jennifer Lawrence’s charms — and they are many — the gifted actress is no competition for a wobbly script and weak chemistry with Josh Hutcherson, who plays Katniss’s fellow District 12 competitor Peeta. The script demands that Hutcherson’s character be submissive to Katniss. To that end Hutcherson’s characteristic golly-gee boy scout fits the bill. But as soon as a romantic connection is called for between Lawrence and Hutcherson crickets start chirping under the theater seats. 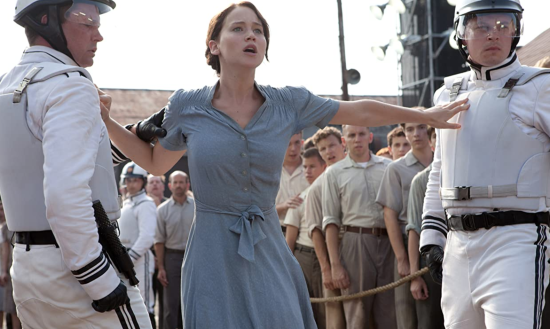 The story simply doesn’t pay off on anything it promises. Modern society is presented as a vacuous place inhabited by clowns. Wealthy idiots savor the entertainment value of watching 24 young people kill each other in an artificial environment controlled by a room full of computer technicians given to arbitrarily changing the rules on a whim. 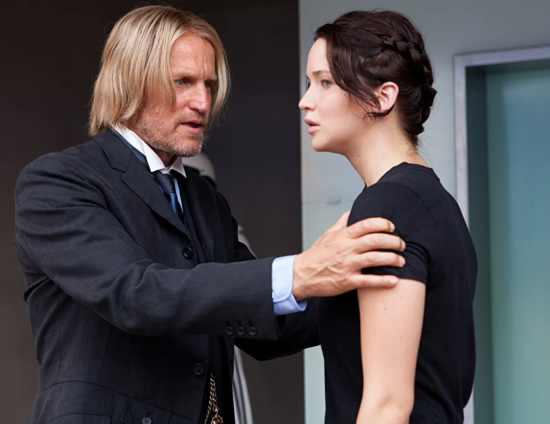 Forest fires and imaginary creatures are implemented to control the action on the playing field. Humans become fodder for an interactive video game. Everything about “The Hunger Games” is a rehash. If not for Jennifer Lawrence’s ever-commanding performance, there would be no redeeming value for a movie that goes on two-and-a-half hours too long.