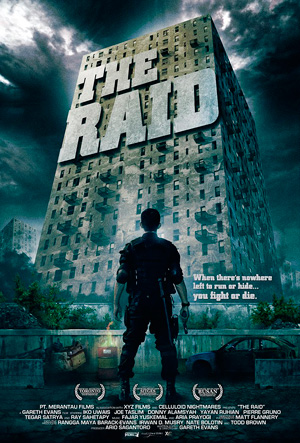 Writer/director Gareth Evans's brazenly over-the-top martial arts extravaganza sets a new standard for what audiences may expect from a genre that never gets old. Delivered in a gritty cinéma vérité style by ace cinematographer Matt Flannery (“Merantau”), the well-contained martial arts action movie is a non-stop assault of brutal violence delivered with blinding speed. Unlike Hollywood action movies which sugarcoat their body counts, here we really feel it when a character suddenly gets dispatched from their mortal coil with extreme prejudice. 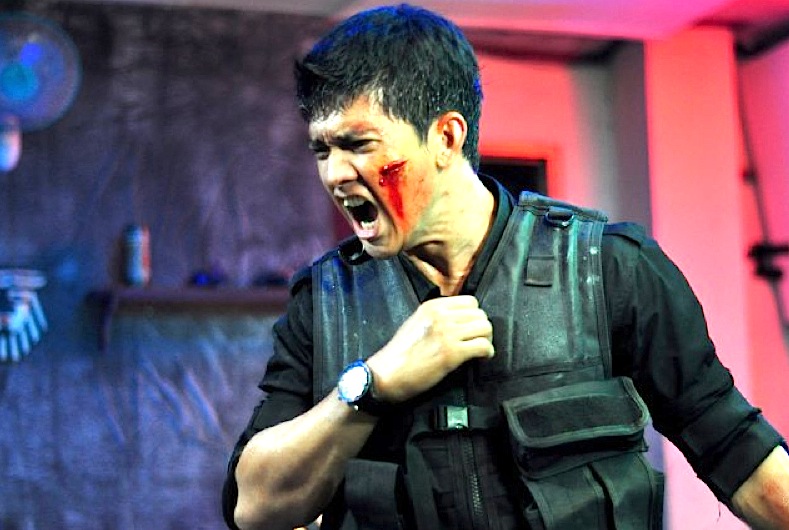 The nuts-and-bolts storyline follows an elite Special-Forces unit of 20 SWAT-like Jakarta troops made up of mainly rookies. Their mission is to raid a heavily guarded 15-story apartment block occupied by Tama (Ray Sahetapy). Tama is one very well defended drug kingpin living on the building’s top floor. Tama keeps tabs on the action below from his bank of surveillance monitors. With no police back-up available, the team soon finds itself have bitten off much more trouble than they can chew. Traitors on both sides of the conflict make undercover moves. Although the plot may sound familiar, nothing feels like a rehash. Every scene is exhilarating, putting the audience in an ideal vantage point for every kick, punch, and kill.

Team-leader replacement Rama (Iko Uwais — “Merantau”) is a one-man fighting and killing machine. Uwais’s unmistakable mastery of tonfas, as used against machete-wielding attackers, provides for some truly jaw-dropping scenes. It’s notable that martial arts master Iko Uwais also served as a fight choreographer alongside Yayan Ruhian. The film’s painstaking attention to every detail of complex action involved in every frame is truly astonishing.

The corollary precision between camera and stunts carry an instinctive logic. The effect is a physical, visual, and intellectual brainstorm of clear-eyed martial arts violence. Evans smartly gives shape to the unfolding barrage of action sequences by relying on the story’s key aspect, which demands that the diminishing squad of cops must conquer their opponents floor by floor. Bruce Lee famously used the narrative device for his last — unfinished — film “The Game of Death” in which Lee had to overcome attackers from different fighting disciplines on each floor as he worked his way to the top. Here too, several fighting styles are used. Indonesian judo and silat are prominently on display.

“The Raid: Redemption” is a new breed of action film. Narrative and spectacle are pressed to their farthest limits in the service of a serious-minded drama. An ever-increasing level of complexity in the film’s numerous fight sequences leads to a couple of climatic battles that are undeniably exhilarating. Indeed, the filmmakers’ ability to pace the film’s orgiastic spree of clashes not only gives the audience time to breathe, but also allows for the plot’s necessary escalation of physical difficulty. For martial arts fans, “The Raid: Redemption” is required viewing. For everyone else, it's a dynamic action movie that will leave you stunned and amazed. 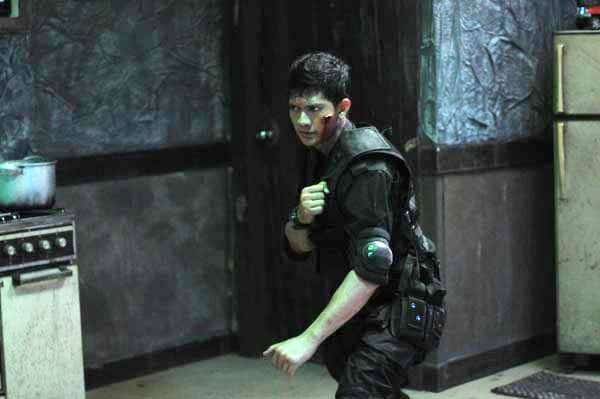