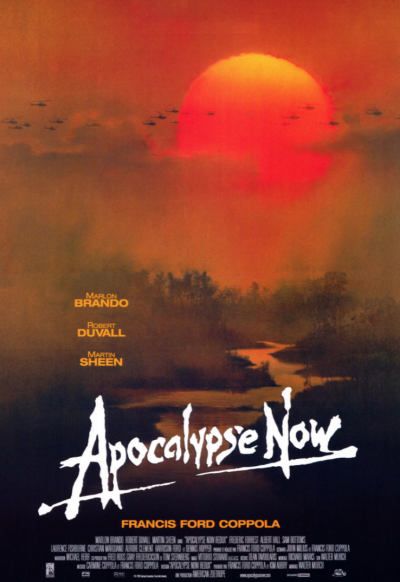 In cinema, the war genre is a crowded field. That Francis Coppola’s “Apocalypse Now Redux” stands among the top 1% is a testament to his film’s sublime collision of literary inspiration — co-screenwriter John Milius loosely based it on Joseph Conrad’s 1903 novella “Heart of Darkness” — and a superlative creative ensemble of actors and production crew.

Notorious for going grossly over-budget, and taking several years to complete, this film inhabits the terrible madness of The Nam with an unmistakable surrealist sense of absurdist horror and grotesque drama.

Recognized as a masterpiece upon its premiere at the Cannes Film Festival in 1979, it took 22 years before Coppola, with the aid of his trusted editor Walter Murch and cinematographer Vittorio Storaro, to produce the definitive 203-minute version of his original concept. 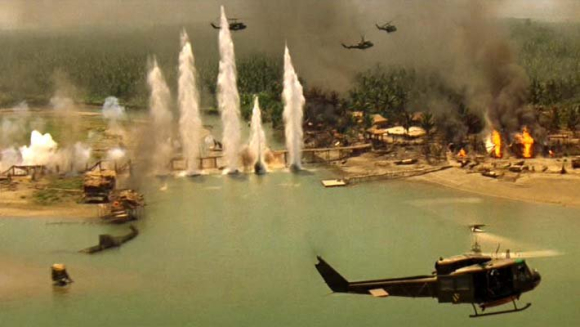 Martin Sheen delivers a tour de force performance as Benjamin L. Willard, a U.S. Army Captain turned special ops agent. Willard suffers from burnout fatigue in a squalid Saigon hotel room where he waits for his next assignment orders. He drinks himself into oblivion, smokes endless cigarettes, practices tai chi in dirty underwear, and nurses an abyss of unknowable anguish. His character is a potential predecessor to the Travis Bickle anti-hero of Martin Scorsese’s “Taxi Driver.”

Willard’s orders finally arrive. He transforms into an unflappable assassin in the company of a group of four Navy soldiers assigned to transport him by boat up the Nung River to a classified destination. On the boat, Willard keeps coming back to the dossier of the rogue American military officer he has been sent to dispatch with “extreme prejudice” — Colonel Walter E. Kurtz (Marlon Brando). 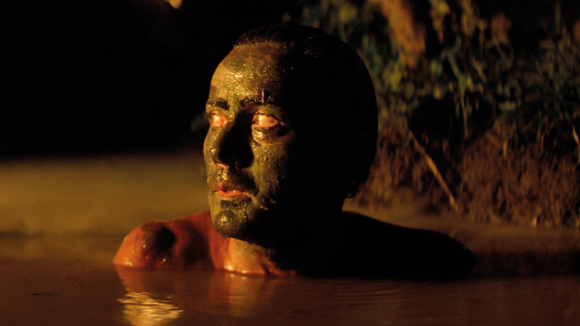 Like Willard, Kurtz is an overachiever. Corollaries between the two men become increasingly evident. Kurtz’s storied military history paints him as a decorated model commander of exceptional intelligence before breaking with the military to command his own group of rebel troops inside neutral Cambodia.

Something has snapped in Kurtz’s brain. He figured out how to fight the jungle war — his personal war — and win, on his own terms. The epic odyssey Willard endures on the river eventually brings him face to face with the soft-spoken Kurtz, who lords over his jungle compound as a noble cult leader whom the natives fear yet worship. Many severed heads of Kurtz’s perceived enemies decorate his cave-like sanctuary that Willard must penetrate to complete his mission. It isn't hard to see the allegory with American foreign policy. 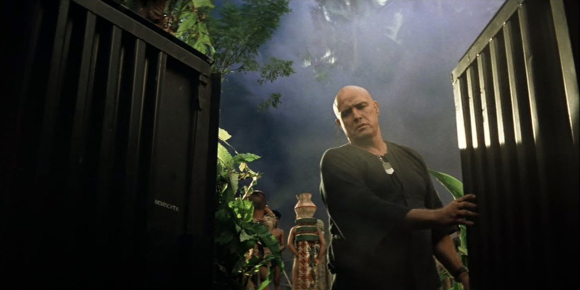 The nightmare of seemingly random wartime vignettes that Coppola layers together form an episodic journey back in time. The manifold filmmaking techniques Coppola employs extend from vérité to formal approaches. “Apocalypse Now” all but ruined Francis Coppola as a director. Yet it remains a staggering achievement of pure provocative cinema.