« Surviving Progress | Main | The Cabin in the Woods » 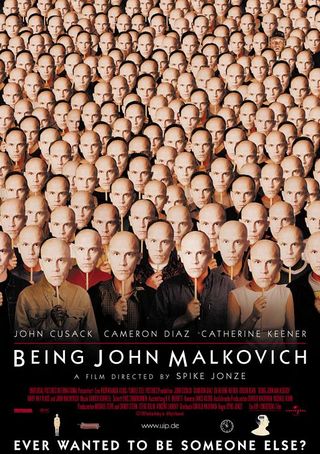 “Being John Malkovich” (1999) is the brainchild of screenwriter Charlie Kaufman, one of the most prolific contributors to magic realism in cinema. The wildly imaginative story marks Kaufman’s debut foray into feature film alongside that of director Spike Jonze, who went on to claim the genre as his specialty.

As the title predicts, cultural context and a cult of personality merge as significant touchstones. John Cusack slips into a Debbie Downer comfort zone as Craig Schwartz, an unemployed puppeteer — is there any other kind? Craig works daily on his craft. An opening sequence puppet show displays Craig working through his nude miniature alter ego’s inner emotional turmoil in a puppet dance performance dubbed “The Dance of Despair.” Craig’s wooden lookalike spins around a doll’s sized bedroom breaking a tiny mirror and sending a flowerpot flying. Craig lives with his wife Lotte (Cameron Diaz). Lotte too is busy attempting to live out her own identity issues through a menagerie of animals she looks after in their apartment when she isn’t working in a New York pet store. 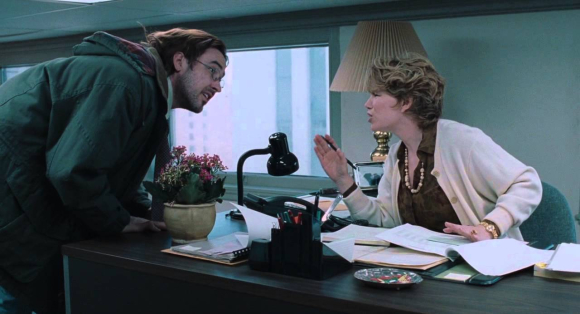 Inspired to get a job, Craig answers an ad for a filing clerk at LesterCorp, located on the “7½ floor” of the Mertin Flemmer Building in midtown Manhattan. The eccentric location’s low ceilings force all who work there to bend over rather than stand. An employee training video informs, “The overhead is low.”

The company’s founder Dr. Lester, aka Captain Mertin (Orson Bean), is a dirty old man. Catherine Keener plays Craig’s inscrutable new co-worker Maxine, whose name Craig either guesses or makes up, depending on your perspective. Craig soon discovers a small doorway hidden behind a file cabinet that leads into a mud-walled portal that leads directly into John Malkovich’s brain. While the Malkovich character seems at first blush to be an exact incarnation of the real-life actor, a subtle distinction in the character’s middle name proves him to be a construct of fiction. It isn’t long before Craig, Lotte, and Maxine are all entering the portal to spend 15-minute intervals experiencing life through "Malkovich"’s eyes. 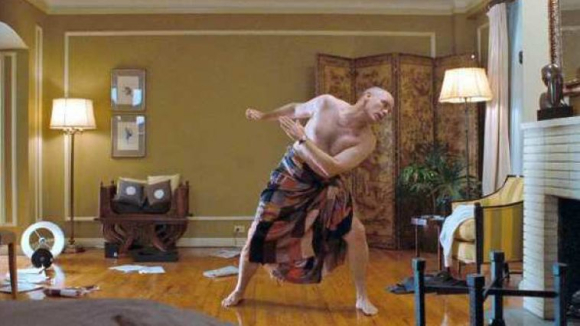 Craig views consciousness as a “terrible curse.” His attempts to seduce Maxine backfire. Maxine would rather connect emotionally with Lotte, but only when Lotte inhabits Malkovich. For her part, Lotte considers sexual reassignment as an option for physical substitution.

A core construct of magical realism hinges on a character’s desire to create his or her own love object through some artificial but tangible form of emotional displacement. A fetishization of objects or aspects of one’s self are common themes.

“Being John Malkovich” works as a twisted comedy that challenges its audience to side with an unreliable protagonist in love with an equally unreliable antagonist. Corollaries of desire break through dead-end walls only to be reinvented on the other side in a supernatural spectrum of practical existence. Go figure.