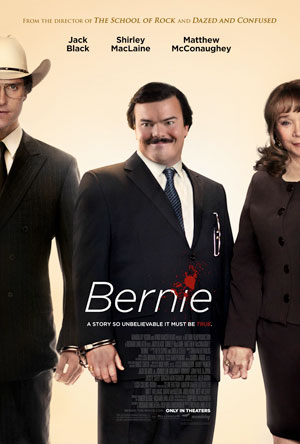 Richard Linklater’s impeccable black comedy — based on the real-life exploits of Carthage, Texas mortician Bernie Tiede — is so infectiously eccentric you don’t want the movie to end. In a role he was born to play, Jack Black portrays Bernie, a hopelessly altruistic giver who is not the best judge of character — least of all, his own.

The movie opens with the effeminate Bernie giving an instructional lecture in a classroom auditorium on how best to put the finishing touches on a corpse. Bernie humorously elucidates the importance of gluing shut the eyes and lips, as he demonstrates on the stiff before him. 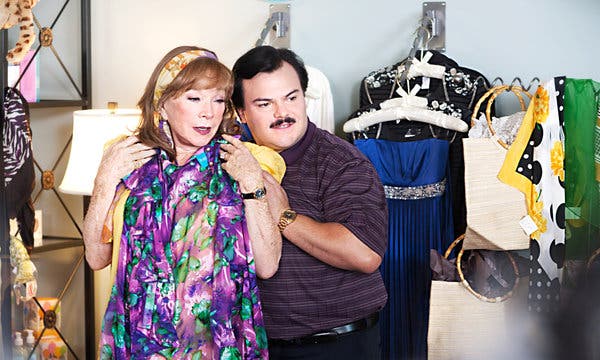 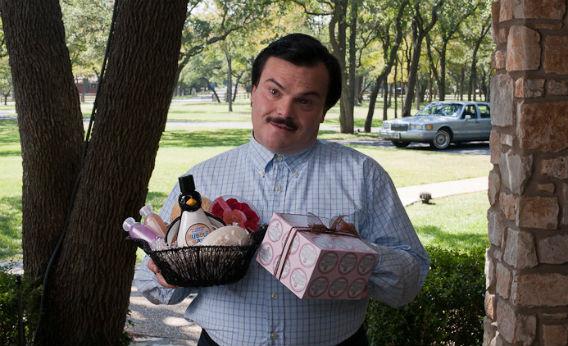 Linklater-regular Matthew McConaughey stands out as the bespectacled Carthage District Attorney Danny Buck Davidson, whose crystal-clear memories of Bernie extends to questions of Bernie’s sexuality. “That dog don’t hunt” is how one woman explains Bernie’s lack of interest in women. The comedy is riddled with such humorous colloquialisms indigenous to the East Texas town that Bernie Tiede treated as his personal project for community improvements. 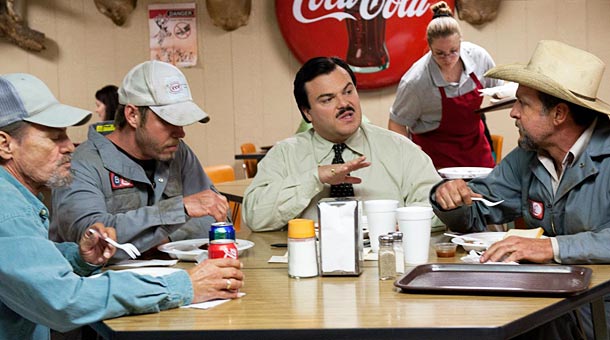 Jack Black savors every ample opportunity to exemplify his well-meaning character’s optimistically generous approach to life through song and sometimes dance. Whether singing alone in his car, for a congregation at a eulogy, in a local theatre production, Bernie is the life of the party. He’s also not uncomfortable with the deceased or even the nearly dead.

Bernie Tiede’s story is not an obvious choice as the subject for a Richard Linklater movie, other than the fact that the saga is part of Texas folklore. As a native Texan, Linklater has expressed his intrinsic affinity for the state’s culture in his early films (see “Slacker” and “Dazed and Confused”). 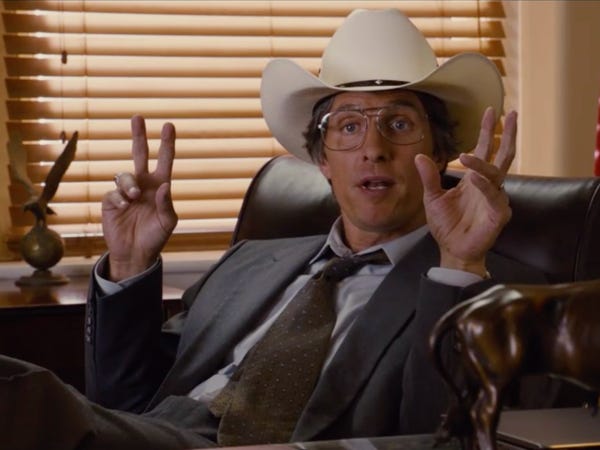 “Bernie” has sparked controversy for [allegedly] not properly representing 81-year-old Marjorie Nugent’s side of the story. The real-life Danny Buck Davidson went so far as to say, “You can’t make a dark comedy out of a murder.” Of course, the attorney is neglecting the fact that murder — or at least death — is one of the fundamental elements of the genre. 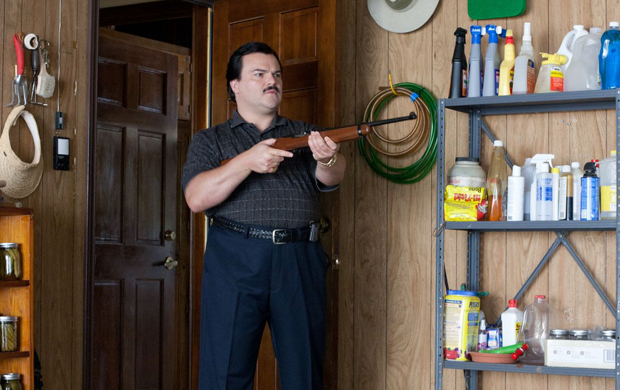 “Bernie” is about quirky regional characters, and the hilarious ways they express themselves. It is also about two polar-opposite character types that attract, before reaching a volatile schism. If an offhand symptom of the story speaks to the problematic nature of self-sacrifice, then so much the better to prompt serious discussions that can go off in a million different directions. One thing is certain; you’ve never before seen a character quite like Bernie Tiede.