« MEN IN BLACK III | Main | BEYOND THE BLACK RAINBOW » 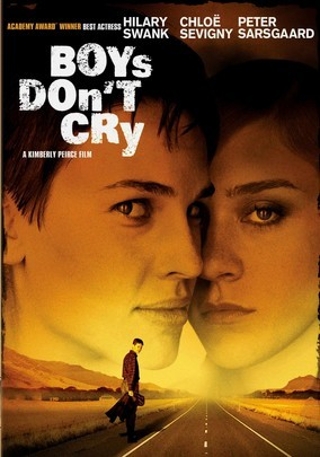 Kimberly Pierce’s remarkable 1999 filmic version of Brandon Teena’s final days is a scalding indictment of the conscious intolerance that runs through America’s Midwest and South. The film is also a celebration of youthful romantic desire. In the role that launched her career, Hillary Swank plays Lincoln, Nebraska-born Brandon Teena (née Teena Renae Brandon).

With short hair, a chiseled jawline, and handsome charm, the “transgendered” Teena experiments with the fine art of passing as a boy. A rolled up sock or artificial penis and scrotum fill Brandon’s underwear. A tightly wrapped Ace bandage flattens her chest. Threats of violence by local boys, and run-ins with the law due to forged checks and shoplifting, make Brandon’s escape from Lincoln a necessity. The 21-year-old Brandon sublimates his sexual identity crisis by reinventing himself in the Falls City region of Richardson, Nebraska. 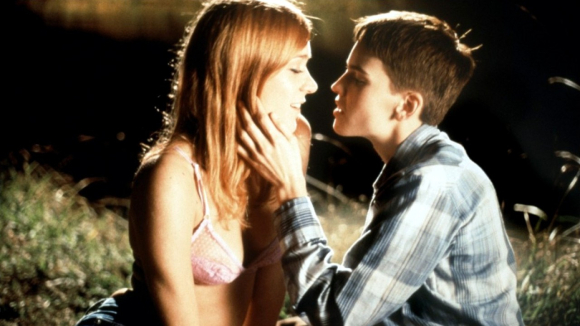 In this culturally desolate location, Pierce places Brandon’s tragic story primarily in nighttime settings to give the film a sense of floating through a nocturnal atmosphere of rural routes. Brandon temporarily explores his romantic desires with a young single mother named Candace (Alicia Goranson), whom he meets at roadhouse bar. A fistfight with slur-slinging bar patrons ensues. The episode introduces Brandon to a couple of seemingly benevolent ex-cons, John Lotter (Peter Sarsgaard) and Tom Nissen (Brendan Sexton III). It becomes clear that Brandon is out of his depth during a “bumper-skiing” contest in which Brandon stands on the bed of a fast moving pickup truck while holding onto a rope — rodeo-style. John and Tom are temporarily fooled by Brandon’s ruse, but they won’t remain deluded for long. 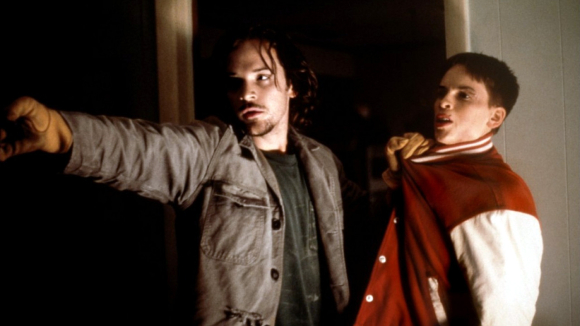 Co-writing with Andy Bienen, Kimberly Pierce anchors the narrative with the theme of following your dreams regardless of the circumstances stacked against you. The filmmakers choose not to bog the film down with factual backstory elements of Brandon’s youth, which involved abandonment and sexual abuse by his uncle. They recognize that there's a limit to the amount of cruelty an audience can stand. Brandon’s confidence of self-identity enables him to live—however briefly—as a fully expressed person with a wellspring of loving emotion. 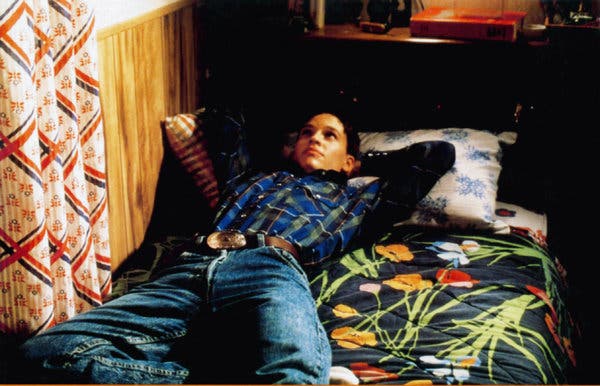