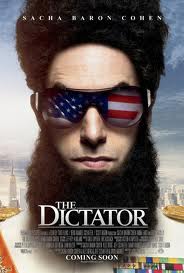 Sacha Baron Cohen may just be the most gifted satirist of our time. His take-no-prisoners wit and equally uncompromising approach to raking American hypocrisies over the coals is unparalleled.

In “The Dictator” Cohen matches Charlie Chaplin’s teachable monologue from Chaplin’s 1940 masterpiece “The Great Dictator” with a third-act soliloquy that will ruffle more than a few feathers. 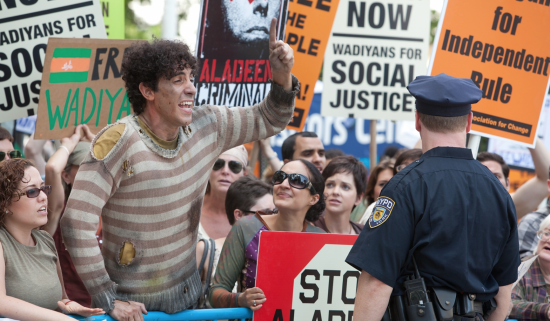 Cohen's character’s comparison of modern American capitalism to a dictatorship is so right-on it’s scary. George Carlin would be proud. For his latest comic incursion, Cohen and his reliable director Larry Charles abandon the ambush methods the team used for “Borat” (2006) and “Brüno” (2009), in favor of a more traditionally scripted narrative comedy. The result is a non-stop laugh riot from start to finish. 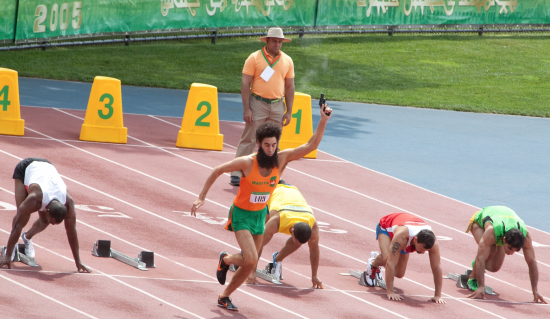 Cohen’s newest creation is Admiral General Aladeen, the merciless dictator of the Republic of Wadiya — a fictitious oil-rich country in North Africa. The evil dictator is developing nuclear weapons. The UN wants an explanation—in person, or they will send in forces to attack Wadiya. Blithe Aladeen is famous for his racist and misogynist beliefs. “You now have herpes,” he tells a prostitute after bedding her. He’s not much of a diplomat. He still wants to snuggle with her before she goes. The Admiral General is also known for having members of his staff decapitated at whim for disagreeing with him in any way. With an impossibly bushy black beard, Aladeen is a goofy amalgamation of dictators like Saddam Hussein, Muammar Gaddafi and Kim Jong-Il—to whose memory the film is dedicated. 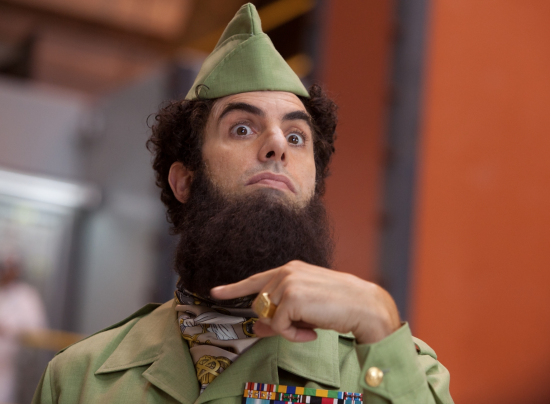 Structurally, the movie sticks to a loosely connected string of fast and dirty vignettes that come at you from all angles. Nobody since John Waters has pushed shock value comedy so far. If you think 9/11 jokes are off-limits, think again. You’ll squirm and squirm again as you laugh your guts out. 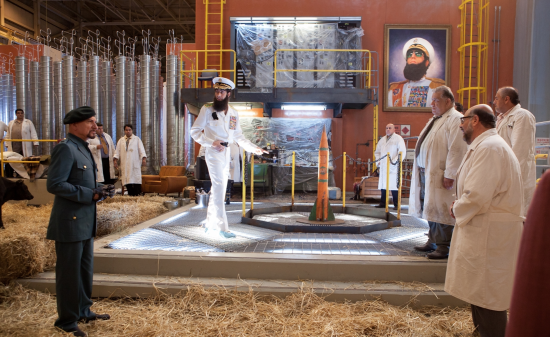 Sir Ben Kingsley plays against type as Aladeen’s unappreciated right-hand man Tamir, the rightful heir to Wadiya’s throne. Kingsley’s earnest attitude adds to the comedic effect his straight-man character has on the comedy. Gandhi has come a long way.

Body-doubles provide useful fodder for frequent attempts against Aladeen’s life, including one orchestrated by Tamir who hatches a plot to have an Aladeen double appear at the United Nations to announce Wadiya’s transfer into a democratic nation. Tamir wants to sell off the country’s oil rights. After all, democracy means big profits for the elite. 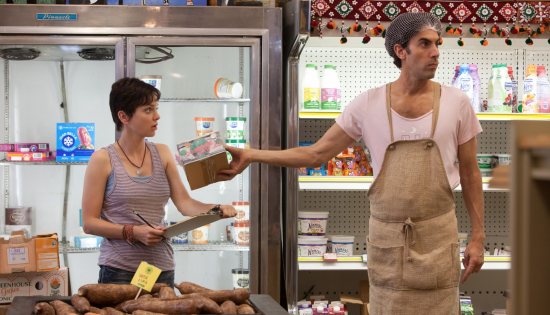 The action moves to Manhattan. While Tamir preps Aladeen’s dimwitted double for his moment in the political spotlight at the UN, the real Aladeen bides his time in Brooklyn with Zoey (Anna Faris), a hairy-arm-pitted political activist who Aladeen initially mistakes for a boy. Anna Faris more than fulfills the tricky demands of her poker-faced feminist character. Zoey is burdened with such dubious tasks as teaching Aladeen to pleasure himself, and instructing him on political correctness. Romance is in the air. 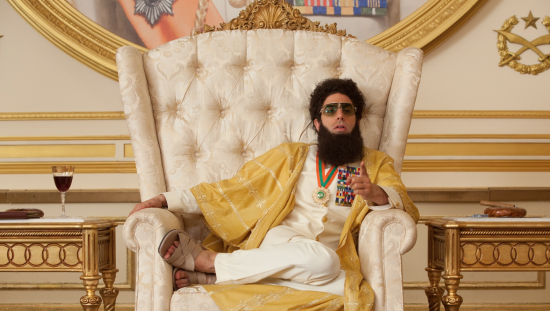 Admiral General Aladeen is the first Cohen-created character not recycled from his long-retired television series “Da Ali G Show.” While Aladeen doesn’t come with the catalog of quotable catch phrases Borat brought to the table, he provides a significant message about how America stacks up against its most hated rivals. "Imagine if America was a dictatorship:
You could let one percent of the people have all the nation's wealth.
You could help your rich friend get richer by cutting their taxes and bailing them out when they gamble and lose.
You could ignore the needs of the poor for healthcare and education. Your media would appear free, but would secretly be controlled by one person and his family.
You could wiretap phones,
You could torture foreign prisoners.
Your could have rigged the elections.
You could lie about why you go to war.
You could fill your prisons with one particular racial group and no one would complain.
You could use the media to scare the people into supporting policies that are against their interest." 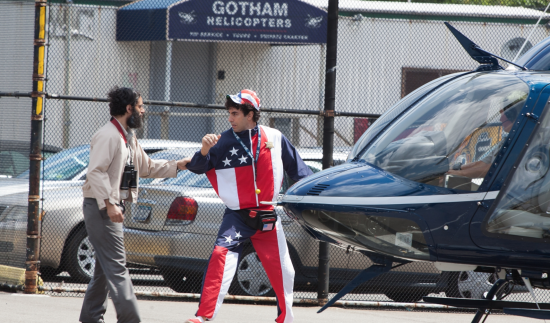 Sacha Baron Cohen takes political satire to new heights. “The Dictator" is the most fun I've had at the movies this year. If you can’t laugh at America’s two unelectable Presidential candidates, at least you can laugh at their undiluted mirror image.

Posted by Cole Smithey at 12:52:35 AM in Classic Cinema, Comedy, Transgressive Cinema