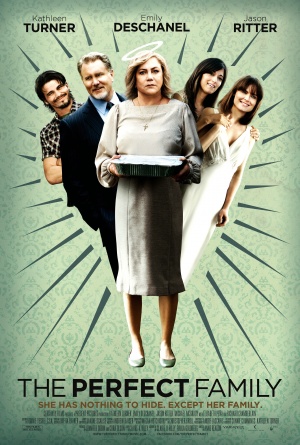 Director Anne Renton’s feature debut is a low-key family comedy that succeeds primarily on the shoulders of its capable leading lady. Kathleen Turner turns her potentially one-dimensional role into a beautiful and complex performance as Eileen Cleary, a dedicated Catholic whose chance to be ordained Catholic Woman of the Year is hitting a few snags.

The fact that the title comes with sin-clearing absolution sweetens the prospect considerably. Eileen’s pregnant daughter Shannon (Emily Deschanel) is about to marry a woman. Her fireman son Frank (Jason Ritter) is not only getting a divorce, but spends much public face-time with a local beautician (Theresa Henessy). 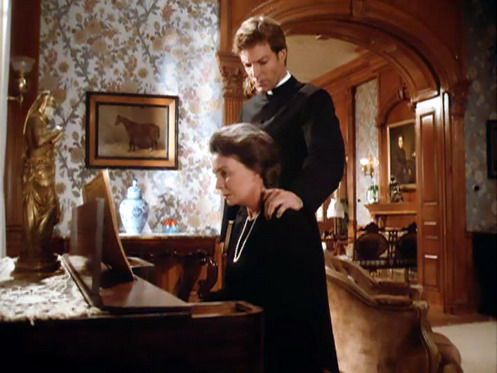 A looming home visit by the clergy means that Eileen must put on a good living room show lest she suffer a brand of terrible humiliation she wouldn’t wish on her worst enemy. Jason Ritter is a victim of miscasting. Emily Deschanel, however, runs with the ball as believable lesbian in love with her mate (Angelique Cabral). Without putting too fine a point on the Catholic Church’s arch stance toward gays, “The Perfect Family” makes a clear and welcome humanitarian statement. It also provides Kathleen Turner with an opportunity to shine as a mature woman who’s not afraid to grow even if she’s terribly intimidated by the process. 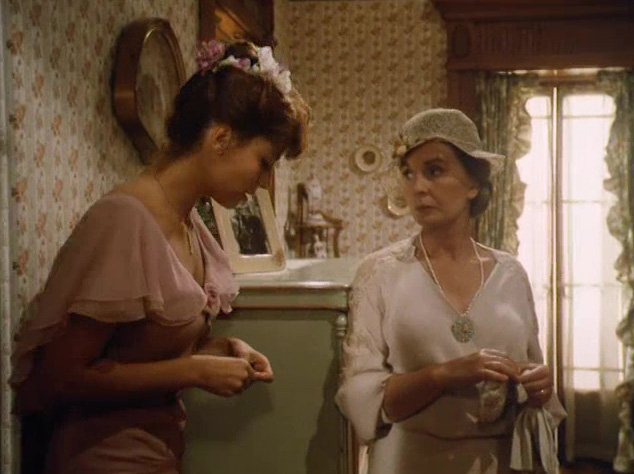