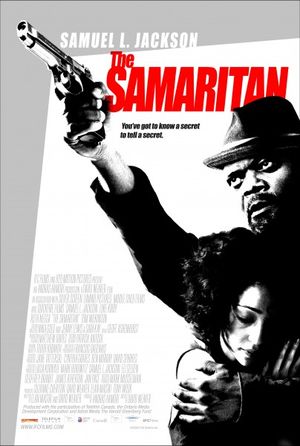 “The Samaritan” takes its title for the name of a con in which the mark gives up his cash in the interest of helping out one of the team of con artists conspiring against him. Canadian director/co-writer David Weaver has pulp noir on the brain.

Samuel L. Jackson is Foley, a recently released prison inmate who did 25 years for killing his con partner in crime. As we discover in the backstory, Foley didn’t have much of a choice about whether or not to kill his associate. Samuel L. Jackson sinks his teeth into his portrayal of an ex-con in a way audiences rarely get a chance to witness. Here is Jackson giving 120% in a small budget crime thriller. The whole movie rides on Jackson’s performance, and he’s not about to come up short. You can’t help but pull for his character. 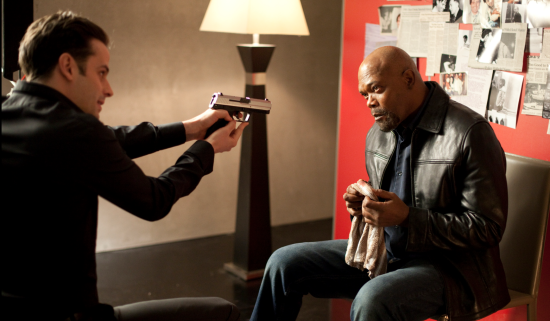 Happy to savor the taste of freedom again, Foley isn’t likely to fall for any tricks from the grown son of the man he killed 25 years ago. Unpredictable Ethan (well played by Luke Kirby) wants to guilt Foley into pulling off a “Samaritan” scam against one of Toronto’s most feared gangsters, Xavier (Tom Wilkinson). For all of his childish ignorance, Ethan has boiled up one hell of a hook to get Foley on board with the con. Said catch comes in the guise of a street tramp named Iris (Ruth Negga), who has a secret involving Foley that even she isn’t privy to. One thing’s for sure; your stomach will hit the floor when you find out what it is. 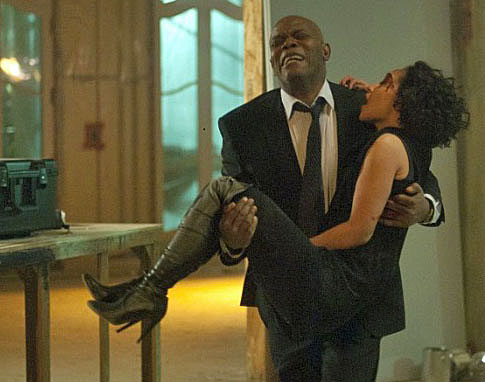 Although the plotline gets a bit sloppy in its articulation of the big scam at hand, the filmmakers take every advantage of the story’s 800-pound narrative gorilla that motivates Foley to do things he desperately doesn’t want to do. “The Samaritan” is a juicy little crime thriller that does the job.

Posted by Cole Smithey at 12:02:36 AM in African American Cinema, Neo Noir