“Ascetic,” “austere,” and “challenging” are typical adjectives that critics reach for when describing Portuguese auteur Pedro Costa’s enigmatic films. Costa’s theatrically bound approach to narrative structure is so striped down and existential in its nature that his audience is left to sink or swim on the still breezes of stark cinematic poetry the filmmaker provides.

Working in a purely proletarian manner with a skeleton crew of three or four friends enables the director to obtain a delicacy of substance and bare dramatic inflection unavailable to most filmmakers. Windows are an essential image system Costa uses to artificially light scenes with a clinical shade of white that sears the drama into the viewer’s mind.

“Colossal Youth” (or “Forward Youth,” as its French title “En Avant Jeunesse!” translates) completes a trilogy of films placed in the since-demolished Fontaínhas district of Lisbon, where a shantytown ghetto inhabited by a community of creole-speaking Cape Verdean refugees struggle for daily survival. Heroin and methadone addiction exacerbates the hardships suffered in this dark place. Vanda — a returning character from “In Vanda’s Room,” the second film in Costa’s trilogy, is a key character here in the “houses of the dead.” 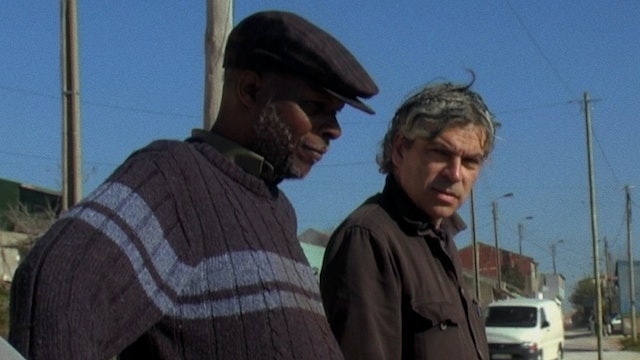 A tall thin black man called Ventura navigates between the ghetto and glaringly white project housing units built to shelter him and his destitute neighbors. Ventura is the actual man who serves as Pedro Costa’s muse for the melancholy existence that unfolds on the screen. Dressed in a black suit and dirty white dress shirt, Ventura represents a patriarchal phantom, or even prophet, visiting with friends and family members who refer to him as “Papa.” They too represent ghosts of generations of oppressed and impoverished peoples. Ventura’s wife Coltilde inexplicably abandons him after throwing their worldly possessions out their window and stabbing him in the hand with a knife. The film opens with her giving a monologue through a darkened window while holding the small blade. She condemns everyone. Still, Ventura remains preoccupied with the idea of reuniting with Coltilde. The prematurely old-seeming Ventura frequently recites a love letter he teaches to his adult son, so that his descendant might tell it to Coltilde should she ever return. Memories and traditions are being wiped out, only to be replaced with prefab architecture and the economic constraints that go along with economically imposed slavery. 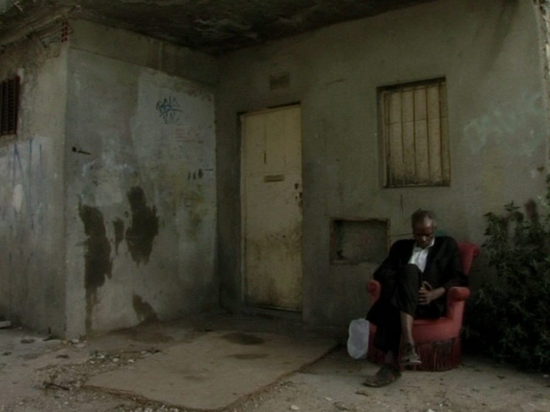 Marcel Proust and James Joyce are literary relations to Pedro Costa’s cinema of timeless recognition. How human beings learn from history in the face of unending injustice, or retain their dignity when everything is taken from them, are just a couple of the titanic issues Pedro Costa grapples with. It wouldn’t be reasonable if “Colossal Youth” weren’t a challenging film, thus Criterion. Eat it up babies.