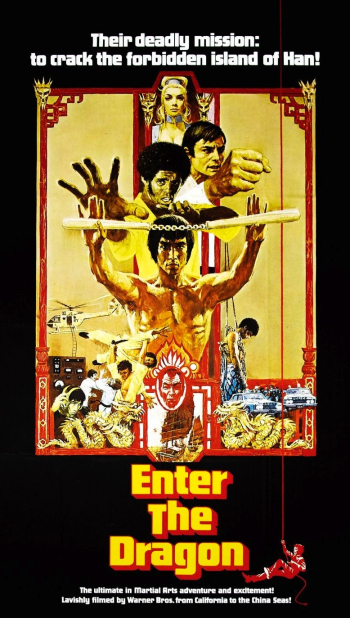 From a historical perspective, Bruce Lee’s last movie is a martial arts film of epic proportions. Having made his name on America television with scene-stealing performances as Kato on the popular children’s program “The Green Hornet,” Bruce Lee was poised to establish a new kind of movie franchise as a sort of Asian American James Bond.

Lee’s lifetime of developing a personal style and philosophy of martial arts (“Jeet Kune Do”) had already made an indelible mark on international cinema audiences with films made under the auspices of Raymond Chow’s Golden Harvest production studios in Hong Kong. “Fists of Fury,” “Return of the Dragon,” and “The Chinese Connection” became touchstones for a generation of movie audiences, and martial arts practitioners and enthusiasts. 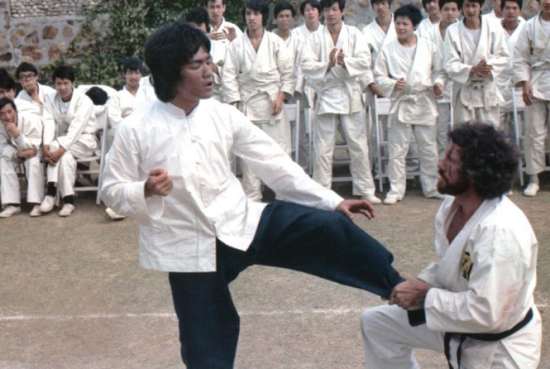 Although screenwriter Michael Allin’s cartoonish script for “Enter the Dragon” leaves much to be desired, Bruce Lee’s contributions to the film’s dramatic fight sequences more than compensate for the script’s flimsy narrative underpinnings. Lee famously wrote and directed the film’s opening fight sequence — set in a Shaolin Monastery. 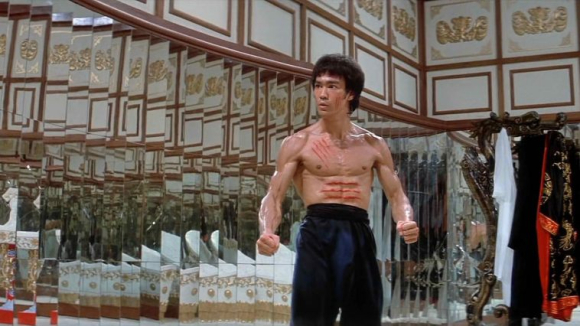 Keeping with the popular revenge theme of ‘70’s era cinema, the story establishes Bruce Lee’s character “Lee” as a Shaolin student called upon by a British intelligence agency to infiltrate the island compound of Han, a former Shaolin Monk-turned-evil-villain who now heads up a drug smuggling and sex trafficking ring. Lee’s Shaolin master explains that Han’s thugs were responsible for the death of Lee’s sister Su Lin (Angela Mao Ying). 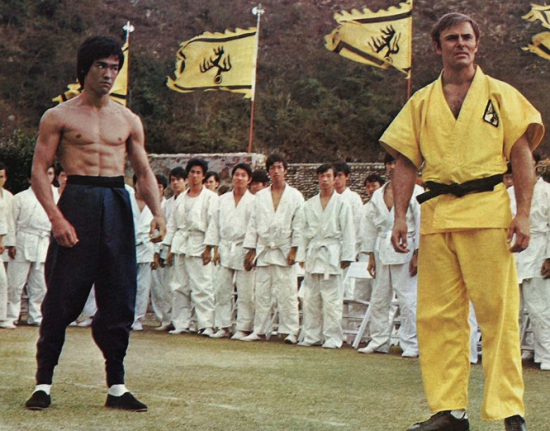 Every three years Han holds a martial arts tournament on his remote island to attract recruits for his dubious business practices. Lee is one of three main contenders in the competition. John Saxon plays Roper, an American martial arts master with a gambling problem. Roper’s debts to the American Mafia make him a seemingly ideal mark for Han’s brand of illicit indoctrination. Roper’s Viet Nam War veteran buddy Williams (Jim Kelly) is a tall lanky African American from the ghetto, where racists cops take out their aggression on a regular basis. Williams is looking for wealth and fame. 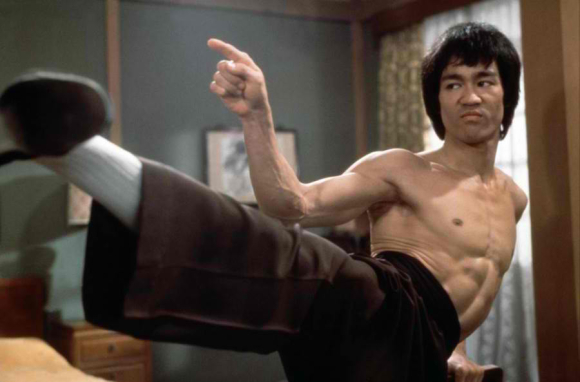 Bruce Lee’s infectious charisma and smart sense of humor come through in his vivid facial expressions. Lee’s catlike agility and blinding speed during fight sequences with numerous attackers arrive with high-pitched animal sounds. His character’s killer instinct is tempered by a brutal brand of empathy he expresses as he stamps the life out of his opponents. Precise attention to Lee’s form-fitting costumes fetishizes his dynamic onscreen personality. James Bond has nothing on Bruce Lee’s super-action spy. 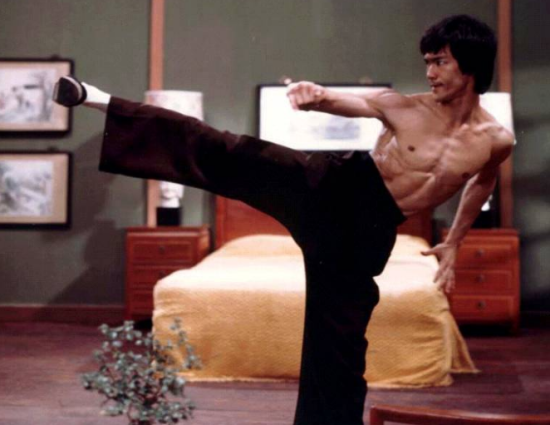 “Enter the Dragon” was released just six days after Bruce Lee’s death on July 20, 1973 due to an allergic reaction to medication. His untimely demise was made all the more tragic for what “Enter the Dragon” promised the genre of martial arts cinema. Never before or since has a martial arts actor excited audiences as much as Bruce Lee.