William Friedkin's dark, funny, and sexy black comedy is a triumph. “Killer Joe” makes “Fargo” seem like a rom-com. The "Exorcist" director once again works with source material by playwright/screenwriter Tracy Letts — the author responsible for Friedkin’s cool 2006 psychological thriller “Bug.” One scene in “Killer Joe,” involving a fried chicken leg deployed in an unorthodox manner, is sufficient to insure the movie a top place in the cult movie pantheon of the outrageous. We’re talking David Lynch-crazy.

Mathew McConaughey explores his assassin character with calculated vengeance. His modulated timing, precise verbal phrasing, and evocative body language are a pleasure to absorb. Killer Joe is a natty Dallas detective who moonlights as a hitman. McConaughey revels in Texas aesthetics, donning only black, with the exception of reddish brown studded leather shoes. His role in “Magic Mike” notwithstanding, McConaughey has aged like a good bottle of scotch. At once charming and terrifying, his carefully constructed Killer Joe reaches a high watermark for McConaughey’s prolific acting career. Joe gets called into action by the Smith family, a batch of trailer-trash nimrods that includes dumb-as-a-stump dad Ansel (Thomas Haden Church), his current wife Sharla (Gina Gershon), his gambler/drug-dealer son Chris (Emile Hirsch), and his sultry teen daughter Dottie (Juno Temple). Chris obtains Killer Joe’s number from the same man who informs him of his biological mother’s $50,000 life insurance policy. Desperate to pay off a $6,000 debt to local hoodlums, Chris concocts a harebrained scheme to hire a killer to knock off mommy dearest so he can collect on the policy. Chris plans to split the leftover money — after the killer’s fee — with dad, stepmom, and little sis. Forget that he doesn’t have Killer Joe’s upfront $25,000 fee to pay for his skullduggery services. No matter, Joe has a creative idea for a “retainer” that will keep Joe invested in the job at hand.

“Killer Joe” is a dynamic chamber piece showcase for all parties involved. The ageless Gina Gershon chews the scenery as a conniving tramp that suffers humiliation unlike anything you’ve ever seen. Thomas Haden Church delivers an understated performance that serves as an ideal foil to the craziness that transpires around him. Emile Hirsch has the shortest distance to stretch as a clueless spark for the action. Juno Temple practically runs away with the movie in more ways than one. 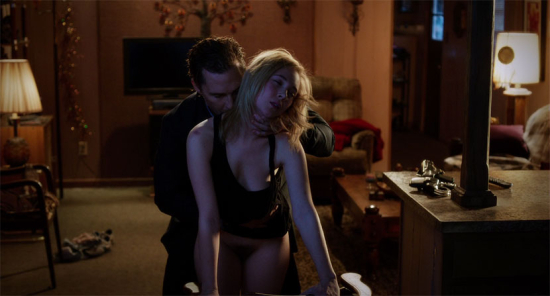 As with all of Friedkin’s films, he knows when and where to show muscles flex. There’s even a Friedkin-trademarked chase sequence to push the film’s inertia. Cinematographer Caleb Deschanel provides mystery-filled compositions to keep viewers on the edge of their seats. Nothing is left to chance. For all of its nail-biting sensuality and quicksilver violence, Friedkin is smart about what he leaves to the viewer’s imagination. He concocts a black comedy stew of blood clots, torn panties, and hard-hitting slapstick humor. 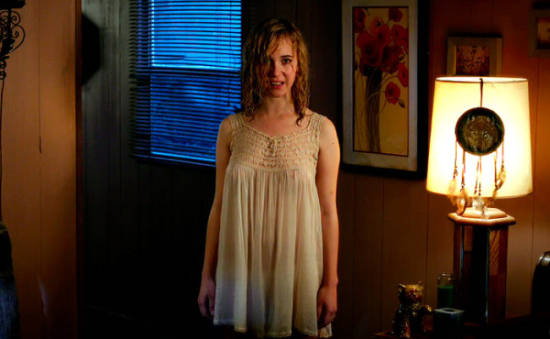 At 76, there’s no telling how many more movies the man who made “The French Connection,” and “To Live and Die in L.A.” has left in him. No matter his life expectancy, Friedkin's fans will get a big kick out of “Killer Joe.”