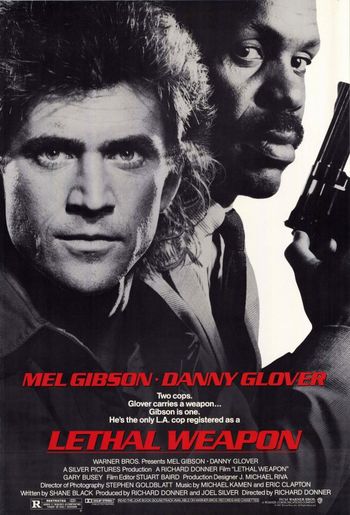 Screenwriter Shane Black’s approach to creating unconventional characters for “Lethal Weapon” created a new template for the buddy movie genre, which dates back to the silent era of Laurel and Hardy. Under Richard Donner’s scrupulous direction, the dynamic film spawned one of modern cinema’s most durable franchises.

A partially nude woman plummets to her death from a skyscraper after snorting a copious amount of drugs. We descend with her, watching the light-blurring effects of terminal velocity as certain death approaches. The young woman’s svelte body smashes onto the roof of a car. We see the roof buckle from the inside as the body hits. There is nothing holy about this holiday season. 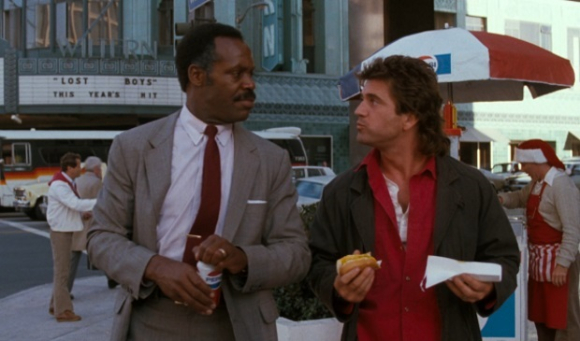 Mel Gibson’s LAPD undercover narcotics officer Martin Riggs contemplates suicide over a photo of his wife, who died recently in a car accident. The police department’s female shrink can’t convince the captain to take Martin Riggs out of the field due to his suicidal tendencies. “He may be psychotic,” she tells the cavalier Captain as he escapes into the seclusion of the men’s room. A battle of the sexes is raging. 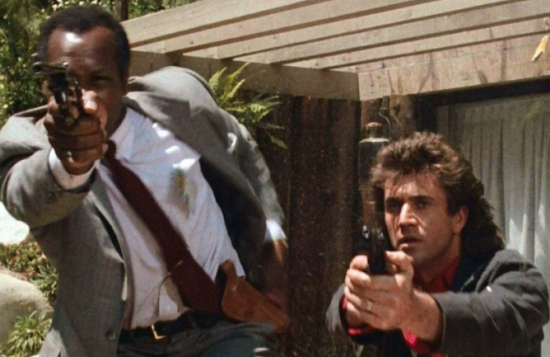 Veteran homicide detective Roger Murtaugh (Danny Glover) has just enjoyed his 50th birthday with his doting wife and kids when he gets assigned to partner up with the volatile Riggs. Mel Gibson’s wild-eyed performance confirms Murtaugh’s worst fears. Riggs’s eccentric way of talking down a suicidal jumper makes for one of the movie’s most iconic sequences. The jaw-dropping spectacle involved is far from gratuitous. Audiences are given numerous such opportunities over the course of the movie to extract their hearts from their mouths. 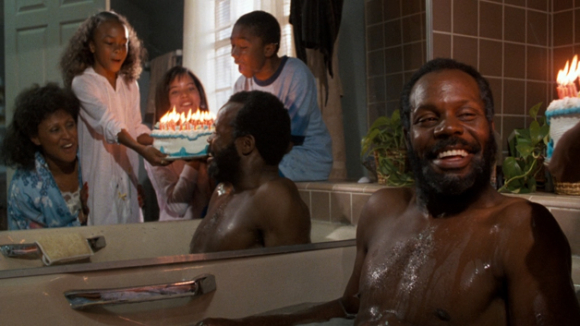 The contentious relationship between Murtaugh and Riggs makes the movie tick beneath a tale of criminal corruption that seems tame by modern standards. In a hat-tip to the Iran-Contra scandal of the '80s, Peter McAllister (Michael Ryan) is a retired military general who has repurposed his classified knowledge into running a lucrative heroin-smuggling operation. Gary Busy makes for a worthy baddie as Mr. Joshua, a sadomasochistic torturer-hitman who relishes his work. 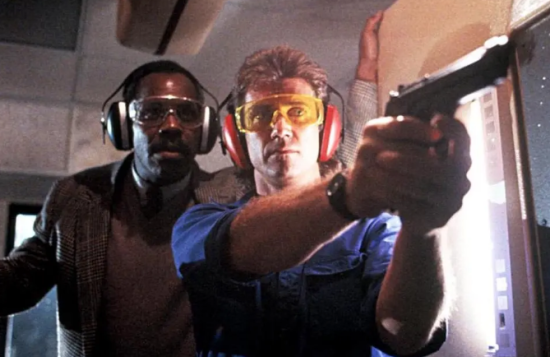 Gibson and Glover play so well off each other’s racially disparate characters that it’s easy to overlook the rampant racism that inundated the LAPD during the late 1980s. Murtaugh’s 16-year-old daughter Rianne (Traci Wolfe) conveys a shameless crush on Riggs when he joins Murtaugh’s family for dinner. Rianne’s sensual vulnerability plants a seed of unavoidable dramatic empathy when she takes on a pivotal role later in the story. 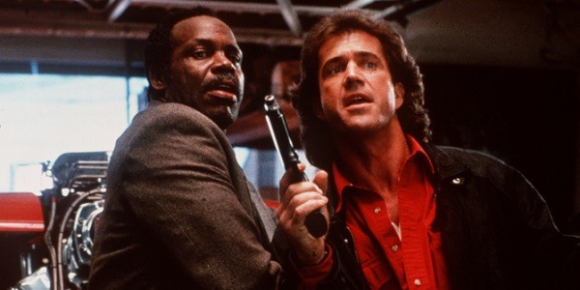 “Lethal Weapon” is a buddy-film that incorporates social commentary, crime drama, and comedy into a compulsively entertaining form. Murtaugh and Riggs are two cops you’d like to invite over for dinner.