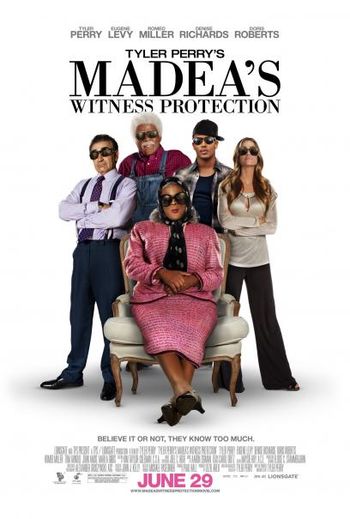 Barely ever nudging even a half-chuckle during its overlong proceedings, the movie shows Tyler Perry’s powers as a writer-director-performer failing miserably at every level. Never much of an actor to begin with, Perry comes up woefully short in multiple roles — the most noticeable of which is as straight-man Joe, a Federal Prosecutor brought in to investigate a Wall Street investment banker. Joe is a nephew to Perry’s serial character Madea — a cartoonish embodiment of Southern Baptist African American matriarchy with a long criminal history. 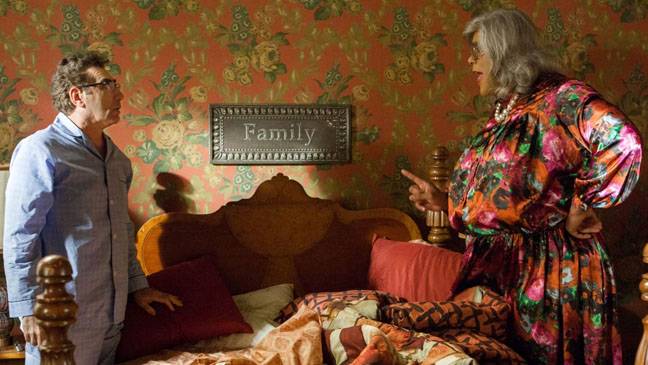 Eugene Levy gets hung out to dry as George Needleman, one of the bankers in question. Needleman’s company set him up as its deer-in-the-headlights CFO before the proverbial shit hit the fan regarding its mob-backed Ponzi scheme. Only 12 of the company’s 88 charities are bona fide aid organizations. Joe imposes on aunt Madea to open up her Atlanta home to Needleman and his privileged family, who have been soaking up all the luxuries money can buy on their estate in the Hamptons. The mob wants to keep Needleman from testifying against the company, hence the need for “witness protection.”

Tyler Perry’s Southern regional sense of inside humor is written to play to his audience, and nobody else. A forced subplot identifying George Needleman as part Negro might seem funny to some, but will leave many audience members yawning in their seats. Similar to the way Adam Sandler has created a cottage industry of franchise films built on his low-brow sense of humor, Tyler Perry continues to make movies for his audience. Everyone else be damned. 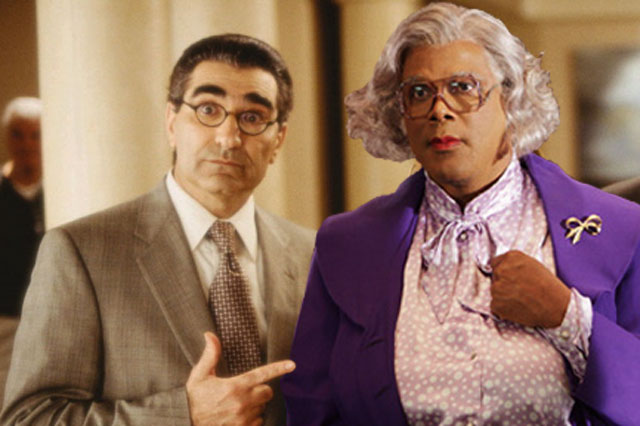