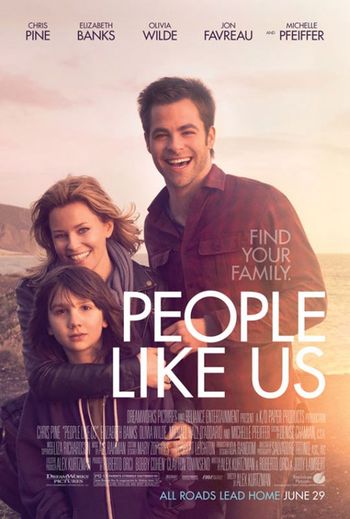 Smart dialogue intersperses a by-committee soap opera plot in a movie made better than the sum of its shaky narrative by three terrific actors. Elizabeth Banks, Chris Pine, and newcomer Michael Hall D’Addario exude old-fashioned movie magic, which keeps you hanging on their every word. Every time another forced plot point threatens to make you wince, the actors add in emotional beats to snap the unwieldy material into believable shape. Their intuitive sense of comic timing helps. Pine plays Sam Harper, the adult son of an L.A. record biz maverick whose sudden passing Sam doesn’t give two shits about. He’d rather stay in New York with his law-student girlfriend Hannah (Olivia Wilde) than fly home for the funeral. Still, Sam’s legal troubles at work are worth escaping. Once in L.A. at his mother Lillian’s (Michelle Pfeiffer in a thankless supporting role) house, Sam receives a mixed-bag inheritance that keeps him confused for a good long while about how to execute his dead father’s wishes, which include a sizable chunk of secretly furnished cash. Enter Frankie (Elizabeth Banks), a single mom working as a bartender. Frankie is an AA member who attends regular meetings to avoid the pitfalls of her occupation. Frankie’s 11-year-old son Josh (exquisitely played by D’Addario) has a knack for getting in major trouble at school. Josh does a massive amount of damage to school property with a single act of vandalism that results in his possible expulsion. 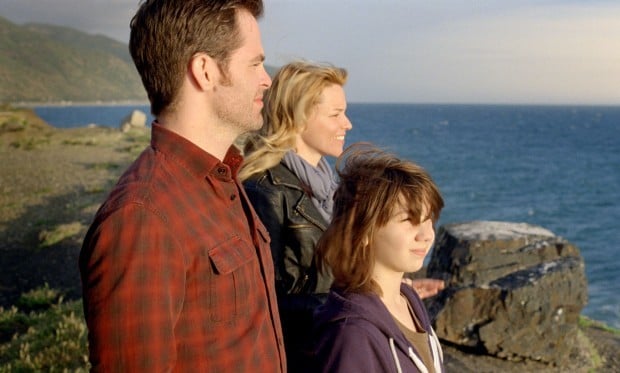 Unbeknownst to them, Sam and Frankie share a familial relationship that demands some serious effort on both of their parts if it is to lead to any kind of shared future. Sam’s mother is none too pleased about her son’s recent discoveries. 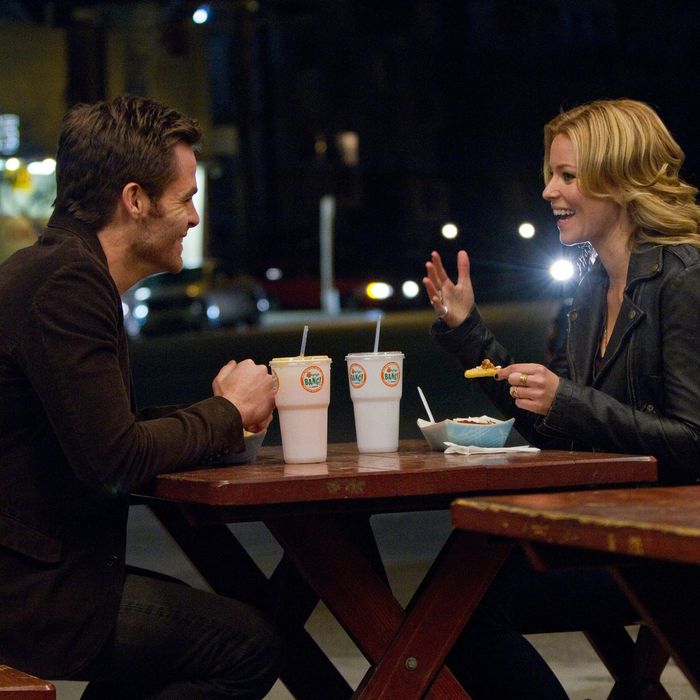 Television writer-turned-director Alex Kurtzman co-wrote the film’s script with Roberto Orci (“Star Trek”) and newcomer Jody Lambert. The writing team doesn’t so much create a storyline as hammer away at pet plot points — as with one involving Sam’s looming run-in with the New York court system. Note to screenwriters: telephone conversations are an inherently dull way to provide exposition or create dramatic suspense.

That the script team never bothers to resolve Sam’s worrisome subplot, involving his questionable business practices, leaves a crater in the film’s coda. Miraculously, even such glaring omissions become forgivable in light of the emotional connection between the main characters. The actors’ fluid choices — involving intentionality, physicality, and phrasing — help mask such clunky plot mechanics. Cinematographer Salvatore Totino (“Frost/Nixon”) also contributes to the film’s success with evocative compositions that expand the harmony of the narrative with precise visual touches.

“People Like Us” is a conundrum. Objectively, it’s not an exceptional movie. Nonetheless, the story has a wealth of compelling emotional hooks, rooted in complex family issues, which more than a few audience members will relate to. As a tearjerker, the drama works like a charm. The real reason to see “People Like Us” is for the positively masterful performances that Banks, Pine, and D’Addario deliver. Modern-day Hollywood has some bona fide movie stars on its hands.